A group of lawyers is claiming to have uncovered hundreds of previously unreported cases of sexual abuse in the Boy Scouts, according to a lawsuit filed Monday in Pennsylvania. The plaintiff in the case, named only as S.D. to keep his identity private, is alleging that he was assaulted “hundreds” of times by a scout leader in Pennsylvania over the course of about four years in the 1970s.

The lawsuit alleges that S.D.’s abuse would not have been possible had it not been for the negligence of the Boy Scouts, that the organization conspired to keep incidents of sexual assault a secret, and that the organization and other defendants engaged in “reckless misconduct” in failing to protect its young participants. The complaint names the Boy Scouts, the Penn Mountains Council, and S.D.’s alleged abuser,and was filed in Philadelphia’s Court of Common Pleas.

The litigation stems from an attempt to unearth previously unreported cases of child sexual abuse in one of the country’s most prominent youth organizations, spearheaded by Abused in Scouting, a group of law firms that collaborate on bringing such cases to light.

For decades, the Boy Scouts organization has kept detailed files, known as the ineligible volunteer files, that documented thousands of pedophiles known to have preyed on children. In the past decade, a large tranche of the documents became public through lawsuitsand investigative reporting. But those records may be incomplete.

Included in S.D.’s lawsuit is a claim that Abused in Scouting has identified more than 350 people who do not appear in the ineligible volunteer files, S.D.’s alleged abuser among them.

“BSA knew for decades that sexual predators of boys had infiltrated scouting,” the complaint says, and claims that the organization “knew or should have known the dangers” that pedophiles within the organization, including S.D.’s alleged abuser, posed to children. 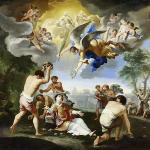 August 7, 2019
Did you know there is a feast for 'The Finding of St. Stephen, the First Martyr'?
Next Post 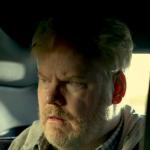 August 7, 2019 WATCH: A different side of Jim Gaffigan
Browse Our Archives
Related posts from The Deacon's Bench

Can one be a homeowner and a Christian?*
*This is a sincere question, not a rhetorical one...though some rhetoric follows....
view all Catholic blogs
Copyright 2008-2021, Patheos. All rights reserved.
Close Ad