This is an important compendium that every Catholic needs to read and share.

As we approach the year anniversary of the recent uptick in media attention due to the release of the Pennsylvania grand jury report (as well as the now-former Cardinal McCarrick abuse allegations), let’s review the top ten myths about clerical abuse in the Catholic Church.

Myth 1: Sexual abuse is more common among Catholic priests than other groups of men.

About 4 percent of Catholic clerics had credible or substantiated accusations of child sexual abuse of minors (both prepubescent children and postpubescent teens) during the last half of the 20th century (John Jay College of Criminal Justice, 2004, 2011). Research data, although from limited small scale studies, finds the prevalence of clerical abuse among non-Catholic religious communities consistent with the Catholics. If you review insurance claims against Church communities for sexual victimization perpetrated by their clerics, you’ll find that that there is no difference between Catholic and non-Catholic groups (Zech, 2011).

A U.S. Department of Education study found that about 6 percent of public school teachers had credible or substantiated claims of sexual abuse of minor children under their charge (Shakeshaft, 2004a, 2004b) during the same time frame as the Catholic clerical data was obtained. Furthermore, the Diagnostic and Statistical Manual (DSM-5; American PsychiatricAssociation, 2013) report that approximately 3 to 5 percent of men meet the diagnostic criteria for pedophilia. These numbers increase significantly if you include men who sexually violate post-pubescent teenagers which is illegal in most jurisdictions but not a diagnosable psychiatric disorder according to the DSM-5.

In other words, there simply is no evidence that Catholic priests sexually abuse children or teens at rates higher than other groups of men, in or outside of religious communities; they may actually abuse at rates lower than the general population of men and of public school teachers during similar time periods.

The relentless press attention gives the impression that sexual abuse of children is still commonplace in the Catholic Church, even though the vast majority of cases of clerical abuse occurred before the mid-1980s (John Jay College of Criminal Justice, 2004, 2011). After the Church 2002 reforms articulated in the Dallas Charter and Essential Norms (United States Conference of Catholic Bishops, 2002a, 2002b) the number of new cases in the United States averaged about a dozen per year; during the past five years, it is down to about one new case per year. The Church has gone from averaging about 660 new cases of abuse per year during the 1970s to about 1 new case per year since about 2014 (John Jay College of Criminal Justice,  2011; Steinfels, 2019; United States Conference of Catholic Bishops, 2018). In fact, few realize that the well-known Pennsylvania grand jury report on clerical abuse in that state during the past 70 years found only two cases from the 21st century—with both cases already known and managed (Office of Attorney General of the Commonwealth of Pennsylvania, 2018; Steinfels, 2019).

Sensational cases of clerical abuse dominate the press. The famous Fr. John Geoghan case in Boston that was highlighted in the 2002 Boston Globe’s Spotlight report included credible or substantiated reports of 138 victims over many years (Boston Globe Investigative Staff, 2002).  Other famous cases (e.g., Fr. James Porter in Massachusetts and Fr. Gilbert Gauthe in Louisiana) also included a large number of victims as well.

But these examples are actually anomalies. 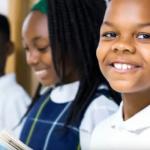 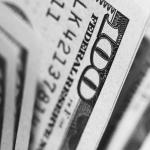 August 3, 2019 'Teach us to number our days aright': Homily for 18th Sunday in Ordinary Time
Browse Our Archives
get the latest from
Catholic
Sign up for our newsletter
POPULAR AT PATHEOS Catholic
1