Is this what church looks like in a post-Christian world?

Is this what church looks like in a post-Christian world? September 8, 2019 Deacon Greg Kandra

Leave it to The New York Times to find a church in Manhattan where belief in God is optional:

Observant Presbyterians are always part of gatherings at Rutgers Presbyterian Church. But much of the time, so are Roman Catholics and Jews, as well as a smattering of people who consider themselves vaguely spiritual. Valerie Oltarsh-McCarthy, who sat among the congregation listening to a Sunday sermon on the perils of genetically modified vegetables, is, in fact, an atheist.

Katharine Butler, an artist, was lured into Rutgers when she walked by a sandwich board on the street advertising its environmental activism. Soon, she was involved in more traditional aspects of the church, too.

“I can’t believe I’m doing this, singing away and all the Jesus-y stuff,” she said. “It was wonderful to find a place larger than me, that’s involved in that and in the community and being of service. It’s nice to find a real community like that.”

Typically, the connective tissue of any congregation is an embrace of a shared faith.

Yet Rutgers, a relatively small church on the Upper West Side of Manhattan, has rejected that. Sharing a belief in God — any God at all — isn’t necessary. Instead, the community there has been cobbled together by a different code of convictions, pulled in by social justice efforts, activism against climate change, meal programs for the homeless and a task force to help refugee families.

Houses of worship — including Christian churches from a range of denominations, as well as synagogues — have positioned themselves as potent forces on progressive issues, promoting activism on social justice causes and inviting in the L.G.B.T.Q. community. But religious scholars said that Rutgers was reaching a new frontier where its social agenda in some ways overshadowed its religious one.

This is place where people wear buttons identifying their gender, where they pray variations of The Lord’s Prayer using inclusive language, and where one of the members exclaims: “There’s very little moralizing or the stuff that turned me off when I was younger.” 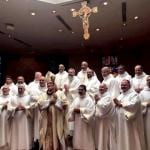 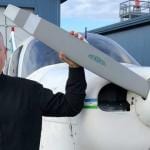 September 8, 2019 God is his co-pilot: meet a flying priest in Alaska
Browse Our Archives
get the latest from
Catholic
Sign up for our newsletter
POPULAR AT PATHEOS Catholic
1