Over the past 13 months, two of his most trusted confidants — people who worked side-by-side with him for years — have turned against Malone, publicly demanding that he resign from the job he has held since 2012 over his handling of sexual abuse allegations involving priests.

In recent months, some local priests and deacons took the extremely rare action of calling for him to leave office. So did a congressman, Rep. Brian Higgins, D-Buffalo.

Another painful blow to the bishop came Thursday afternoon, when a group of prominent, influential and wealthy Catholics — the Movement To Restore Trust — also abandoned its support.

Soon after that, the diocese announced that a Sept. 11 “listening session” at Niagara University has been canceled because the university no longer wants to host the event. Malone also canceled his annual appearance at a Catholic Charities dinner Friday night, saying he did not want protesters to tarnish an event meant to honor volunteers and donors.

With all these negative developments, how long can the 73-year-old bishop hold on?

“I intend to continue the ministry to which the church has called me for as long as I can,” Malone said Friday afternoon. “I want to be leading us forward.”

The bishop made those comments to Tom Bauerle Friday afternoon on WBEN radio. The embattled bishop said he has no intention of resigning and feels he still has strong support from “a lot” of priests and church members in the region.

Malone later said he had received “12 or 13” emails and voicemails earlier in the day from Catholics who encouraged him to stay on.

“I want to be part of the renewal of the diocese of Buffalo,” Malone said, despite “this terrible situation we’re in.”

But his detractors say Malone, who has been criticized for his handling of priest sexual abuse cases, is hurting the diocese by refusing to abdicate. 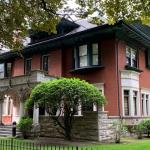 September 6, 2019
Seattle's new archbishop won't live in mansion: 'I'm a pastor, not a prince'
Next Post 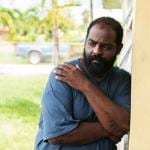 September 7, 2019 Letting go: Homily for September 8, 2019, 23rd Sunday in Ordinary Time
Browse Our Archives
get the latest from
Catholic
Sign up for our newsletter
POPULAR AT PATHEOS Catholic
1