The U.S. abortion rate is continuing a long-term downward trend, according to new data released by the Guttmacher Institute on Wednesday.

Elizabeth Nash, senior state issues manager at Guttmacher, said the overall drop is not attributable to a growing number of abortion restrictions.

“I don’t think there’s a clear pattern around why rates are falling,” Nash said. “They’re going down across the country in nearly every state.”

Nash said there are exceptions, notably Texas, where laws and regulations have led to clinic closures and abortion rates have declined as a result. In other states, such as Ohio, Nash said the data suggest restrictions and clinic closures have prompted women to go to neighboring states such as Michigan for the procedure.

Nash notes that the U.S. birthrate is also down, suggesting a decline in the number of women becoming pregnant. Also, the data come from 2017 — before a series of restrictive abortion bans were passed in state legislatures around the country. Those bans have yet to take effect, and many are tied up in legal challenges.

Nash also points to increased use of highly effective contraceptive methods such as IUDs in recent years as one possible cause.

While abortion incidence and rates declined in most states, the degree of change varied substantially. Declines in abortion rates were largest in Delaware, Arkansas, West Virginia, Alabama and Virginia; most of these states also had abortion rates substantially lower than the national rate in 2014, so even a small change in this measure can seem large. Abortion rates increased in Mississippi, New Jersey, Minnesota, Georgia, Maryland and Wisconsin.§ While abortion rates declined in all four regions, the drop was steepest in the West (14%). Indeed, states considered to be supportive of abortion rights in 2017—including large states such as California and New York—accounted for 43% of all U.S. abortions in that year but 55% of the decline since 2014

Areas with the highest abortion rates in 2017 were the District of Columbia, New Jersey, New York, Maryland and Florida. Rates were lowest in Wyoming, South Dakota, Kentucky, Idaho and Missouri. Notably, our study measures abortion by state of occurrence and does not account for individuals crossing state lines for abortion care; in the five states with the lowest rates, 28% or more of individuals go out of state to obtain abortions.

An alert reader notes that this appears to only measure surgical abortions. It doesn’t include use of the drug RU-486 — which, as one report noted recently, is becoming more widespread, especially as a growing number of states tighten restrictions on abortion and attempt to ban the procedure completely. 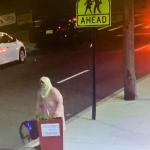 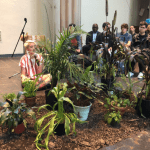