Kudos to reporter Ruth Graham who got arguably the Catholic scoop of the year: a conversation with disgraced former cardinal Theodore McCarrick, his first interview since his very public and scandalous fall from grace. She visited the town of Victoria, Kansas, and spoke with him at the friary where he’s now living.

This long profile of McCarrick’s new life appears in  Slate:

Father John, who met with me twice in Victoria, told me kindly but firmly that McCarrick was not available for an interview and that visitors were not welcome inside the building; he declined my request for even a limited tour. But on my last morning in Victoria, I rang the doorbell at the friary.

A small plastic sign in the entryway asks visitors to ring once and wait three or four minutes for a response. It took about that long before an elderly man in a wheelchair opened the door; I told him I was a reporter and that I would like to speak with Ted McCarrick. He wheeled over to a phone on a small end table, and after a few false starts, his voice echoed through the building on the internal intercom: “Ted, there’s somebody here to see you.”

A few minutes later, a small man with a deeply hunched back walked slowly down the wooden staircase. He was wearing a pale blue T-shirt with a “KC” logo, knit pants, and loafers. He looked smaller and more stooped than he did in his last public appearance, but perhaps that was because this was the only time I had seen him without the elaborate vestments of clerical power. I introduced myself again as a reporter, and asked if he would be willing to talk. “I really haven’t up until now,” he said. I know, I replied, but I’ve come all this way.

It was almost time for lunch, McCarrick told me, but we could talk for a bit. He showed me to a small meeting room, and we began to talk about his life in Victoria, his defrocking, and the accusations against him.

Go to Slate to read it all, including his assessment of himself: “I’m not as bad as they paint me.” 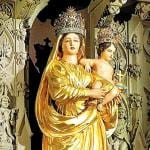 September 3, 2019
Why we turn to Our Lady of Prompt Succor for hurricane help
Next Post 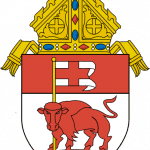 September 4, 2019 Buffalo's Bishop Malone: 'This could be the end of me as bishop' — UPDATED
Browse Our Archives
get the latest from
Catholic
Sign up for our newsletter
POPULAR AT PATHEOS Catholic
1