The first reviews are in for ‘The Two Popes’ 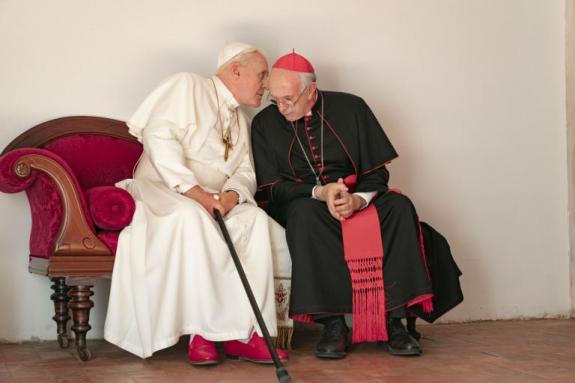 The movie premiered at the Telluride Film Festival this weekend. One review calls it, in its headline, “A charming buddy movie about the future of the Catholic Church.”

Make of that what you will.

Without offering a complete review, the Bible of Hollywood, Variety, did report on the premiere and noted the movie was greeted warmly with both laughter and tears:

Little did the audience at the world premiere of “The Two Popes” know that the papal two-hander is actually very funny.

No, it’s not a comedy, but the jokes and ribbing between Pope Benedict XVI (Anthony Hopkins) and the future pope, Cardinal Bergoglio (Jonathan Pryce), played well in the packed Chuck Jones’ Cinema, as did hearing Abba’s “Dancing Queen” played over footage of the College of Cardinals making its way into the Vatican for the Papal election.

In other words, director Fernando Meirelles’ film, inspired by Pope Benedict XVI’s decision to resign and subsequent transfer of power to the more progressive Cardinal Bergoglio, is not a straight drama. Although the film did earn the audience’s admiration, and some sniffles toward its end.

“I’m feeling that there’s something out of place in the world,” [Meirelles] said, before praising Pope Francis for “building bridges” during a time when certain leaders (he didn’t name names) are more interested in dividing people with “physical walls, economic walls and technical walls.”

Written by Oscar-nominated “Darkest Hour” screenwriter Anthony McCarten, Meirelles said, “This film is about tolerance and learning to listen to one another.”

The first thing to note is that there is nothing preachy about this film written  by Anthony McCarten (The Theory of Everything, Darkest Hour) and directed by Fernando Meirelles, who earned a surprising but well deserved Oscar nomination for his electrifying Brazilian drama, City of God. These filmmakers have told the story of how the startling resignation of Pope Benedict XVI (Hopkins) in 2013 led to the appointment of the first pope from Latin America, Pope Francis (Pryce).

…Although the film does not make this point explicitly, the concluding scenes that show Pope Francis speaking passionately in favor of migrants and other oppressed groups suggest that this might have been his way of expiating the one blemish on his record of service and self-sacrifice. Francis has of course been widely admired for his progressive positions on a whole range of controversial contemporary issues. But message-mongering is not the primary purpose of the drama imagined by McCarten and Meirelles. Rather, they have constructed a searching exchange between two men of very different backgrounds and beliefs and have encouraged us to see the growing understanding between these antagonists as a model that might point the way forward in an increasingly divided world.

“The Two Popes” is greatly entertaining, despite it being a long conversation with breaks that take us into the flashbacks of Bergoglio’s early life. The combination of the adept and seasoned actors, the witty repartee of the script and Meirelles’ bent towards humor take what might have been didactic and preachy and transform it into something heartwarming and even inspirational.

This is a film that is more about two men watching football and drinking beer than it is about the higher calling to Christ. What better way to be introduced to the necessary teachings of the coolest Pope who ever lived?

The Catholic Church doesn’t exactly project the most inviting image, so it’s hard to imagine Vatican City providing the appropriate backdrop for a buddy movie, much less one involving papal authority. Therein lies the inherent cleverness of “The Two Popes,” director Fernando Meirelles and screenwriter Anthony McCarten’s sweet and surprisingly lighthearted depiction of the conversations between Pope Benedict (Anthony Hopkins) and Cardinal Bergoglio (Jonathan Pryce) that culminated in Benedict’s unusual retirement and Bergoglio taking his place in 2013.

If that sounds unusual or even a touch absurd, well, yes: The endearing chemistry between these characters and the movie’s breezy tone often clashes with the subject at hand. That creates a peculiar dissonance whenever the movie attempts to dig deep on matters of faith, or the bleaker controversies involving the Catholic Church today. “The Two Popes” glosses over the sexual assault coverups that marred Benedict’s legacy, and in that respect, it mitigates a major aspect of this drama. But Pryce and Hopkins are so enjoyable to watch that “The Two Popes” manages to make an insular tale of religious values far more accessible than the material would suggest.

…There’s an unquestionable appeal to the way the movie transforms a weighty and divisive topic into more approachable terms. “Your authority comes from the fact that you must suffer and die in the job,” Bergoglio insists, and given that gravitas, it’s a wonder to see how Meirelles manages to keep the material so nimble. Mileage will vary when it comes to watching Bergoglio teaching Benedict to tango while “Blackbird” plays on the soundtrack, or eating pizza as they debate the future of the church. The ability to humanize this insular world certainly makes it more accessible, but limits its ability to dig too deep. It’s a curious challenge to make the epicenter of religious authority into an approachable subject, and in that regard, the results were bound to be a mixed blessing.

Check out the movie’s trailer below. 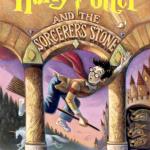 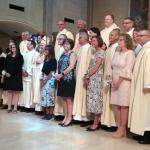