Be alert: gangs of thieves targeting pilgrims at Lourdes

Pilgrims in Lourdes are increasingly falling prey to pickpockets as organised gangs of thieves target the holy site in southern France, where the atmosphere of religious devotion lulls many visitors into a false sense of security.

“Many people think when they arrive in Lourdes nothing can happen and they leave their handbags open wider than they would in Paris,” said Philippe Subercaze, a city councillor in charge of security.

“In Lourdes, they think the Virgin will protect them and nothing will happen to them.”

Pickpocketing thefts have more than doubled from 117 in the first nine months of last year to 274 so far this year, according to Philippe Aurignac, the local prosecutor. “It is cash they go for.”

Most of the thefts occur in the center of the town in the foothills of the Pyrenees, near the shrine where the Virgin Mary is said to have appeared before a peasant girl in a grotto in 1858.

Many visitors are targeted in streets near the shrine, which are lined with shops selling religious trinkets and memorabilia.

“The pickpockets are highly organized professionals,” Mr Subercaze said. “They arrive in waves and change all the time. As soon as one is identified or arrested, they are replaced. It’s a game of cat and mouse.” 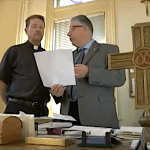 October 23, 2019
When the deacon runs the parish — UPDATED
Next Post 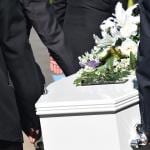 October 24, 2019 Chicago issues guidelines on funerals and eulogies
Browse Our Archives
get the latest from
Catholic
Sign up for our newsletter
POPULAR AT PATHEOS Catholic
1