Pope warns against deacons who are ‘wannabe’ priests — UPDATED

He made his comments when veering off a prepared text and speaking today to the Dicastery for Laity, Family and Life.

Addressing participants in the first plenary assembly of the Vatican Dicastery for Laity, Family and Life on Saturday, Pope Francis urged them to cultivate two basic attitudes: feeling with the heart of Mother Church and having a brotherly gaze.

Setting aside his prepared text, Pope Francis warned against the danger of what he termed as “clericalizing the laity”.  Sometimes, he said, permanent deacons, who are to be the custodians of service in dioceses, soon find themselves “looking at the altar” and end up as “wannabe priests”.  Work with the laity but don’t clericalize them, the Pope said. “Move the deacons away from the altar… They are the custodians of service, not first-class altar boys or second-class priests,” he added.

The Pope noted that the Dicastery, with great difficulty, has appointed two women undersecretaries which, he said is not enough. We need to have women in the council and administration keeping in mind that their position is not just functional.

In the final list of candidates to the post of the head of Vatican Secretariat for the Economy, the Pope said, two were women.  That’s only functionality, but what is important is the advice of the woman.  “On this,” the Pope said, “we haven’t worked yet.”   “Women,” he said, “are the image of the Mother Church, because the Church is woman; the Church is mother.”

UPDATE: It’s worth noting that Francis has touched on this idea before.

From two years ago:

The temptation to impose a vocation on laypeople as some kind of validation of their service in the church “worries me,” the pope said April 27 during a meeting with members of Catholic Action.

“What has happened many times in dioceses?” the pope asked. “A priest comes and says, ‘I have a phenomenal layman who does this, this and that; he is a good organizer. What if we make him a deacon?’ Stop! Don’t give him a vocation that is up to the Holy Spirit to give him. Do not clericalize!”

And he’s hardly the first pope to complain about “clericalizing the laity.” John Paul dealt with the topic, as well, discussing the issue of the priesthood in 2002:

Wary of a clericalization of the laity and a laicization of the clergy, John Paul II insisted that the relation between priests and faithful is one of complementarity, not equality.

The Holy Father clarified the Church´s position on this matter when he met with the bishops of the Antilles at the end of their quinquennial “ad limina” visit to the Holy See.

In his farewell address to the bishops, the Pope reminded them that “first and foremost, you are priests.”

“[You are] not corporate executives, business managers, finance officers or bureaucrats, but priests,” he said.

“This means above all that you have been set apart to offer sacrifice, since this is the essence of priesthood, and the core of the Christian priesthood is the offering of the sacrifice of Christ,” the Holy Father added.

The Holy Father reminded the bishops that the Second Vatican Council resulted in “the awakening of the lay faithful in the Church,” but that this does not signal an alteration in the laity´s irreplaceable role.

Specifically, the Pope said, some “persons, we know, affirm that the decrease in the number of priests is the work of the Holy Spirit, and that God himself will lead the Church, making it so that the government of the lay faithful will take the place of the government of priests.”

“Such a statement certainly does not take account of what the Council Fathers said when they sought to promote a greater involvement of the lay faithful in the Church,” the Pontiff stressed.

“In their teachings, the Council Fathers simply underscored the deep complementarity between priests and the laity that the symphonic nature of the Church implies,” the Pope explained.

“A poor understanding of this complementarity has sometimes led to a crisis of identity and confidence among priests, and also to forms of commitment by the laity that are too clerical or too politicized,” the Holy Father continued.

John Paul II warned that the involvement “by the laity becomes a form of clericalism when the sacramental or liturgical roles that belong to the priest are assumed by the lay faithful, or when the latter set out to accomplish tasks of pastoral governing that properly belong to the priest.”

“It is the priest who, as an ordained minister and in the name of Christ, presides over the Christian community on liturgical and pastoral levels,” the Pope pointed out. “The laity can assist him in this in many ways.”

However, “the premier place of the exercise of the lay vocation is in the world of economic, social, political and cultural realities. It is in this world that lay people are called to live their baptismal vocation,” the Holy Father stressed. 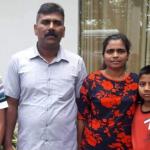 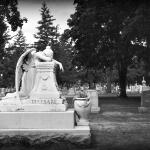 November 17, 2019 Shock: Lawsuit filed over funeral homily
Browse Our Archives
get the latest from
Catholic
Sign up for our newsletter
POPULAR AT PATHEOS Catholic
1