How to Stay Spiritual When the World Falls Apart

How to Stay Spiritual When the World Falls Apart June 28, 2016 Ellen Debenport

Here’s the challenge for those of us trying to live from the spiritual side of our nature and to hold our thoughts above mundane human doings.

What are we to make of a month like June?

And of course, the ongoing Trump phenomenon, which has thrown into sharp contrast nearly all the current conflicts among Americans.

How do we look at violence, dissension, anger and blame, and find anything good or spiritual about it?

Maybe the world truly is going to hell in a hand basket.

All this could be the last gasp of the old thinking; it could be the final, painful tearing away from injustices of the past.

This could be what it looks like while everything is working out.

Whenever there’s a change, large or small, there’s always a group that digs in its heels and wants to stick with the old ways. Or return to them.

That group has been noisy throughout my lifetime. They seem to focus their ire on money or people. No expanding global economy. No welfare. No foreign aid. No immigrants. No desegregation. No abortion. No women outside the home. No gays at all, and certainly not married to each other!

Change has happened anyway. But right now, we seem to be asking whether we’re really going to live in this new world. Or go back.

For years, I have been comforted by something said by retired Bishop John Shelby Spong, who spent much of his life fighting for the inclusion of blacks, women and gays in the Episcopal church.

Spong says by the time we start fighting publicly on an issue – let’s say gay marriage – the decision has already been made. It’s literally all over but the shouting. We have never in our history decided to turn back, to keep our boots on the necks of a rejected group after all. By the time we start talking about inclusion, it’s done.

I love that perspective! A fight means the energy has already shifted. No matter how much we wrangle, in the end, we will accommodate change.

But I’m beginning to doubt it.

Never have I seen us so close to going back, to subjugating people and ideas that have caused discomfort and disruption to the status quo.

Orlando is where all our contentious issues came together. Gays, guns and Muslims. And if you consider that it was Latin Night at the club where 49 died, maybe immigration was part of it, too.

Then Britain’s narrow vote to leave the European Union was painted by the Washington Post as evidence of global challenges to democracy itself.

Given all the problems, maybe it’s reasonable to ask whether democracy really is the best system of government for our day and time. How’s it working for us?

But that’s the good news. We get to choose.

All these issues, all these fights, are entirely up to us. As individuals and as a society, both temporally and spiritually.

At the human level, we get to vote. Even in our money-driven political system, voters make the ultimate decisions.

Have you noticed the many politicians resigning in Britain after the Brexit vote? Gotta admire that. In the United States, elected officials hold onto their jobs until we pry their cold, dead fingers from the voting button.

But we get to do that! We get to decide whether to keep them in office.

Voters really are stronger than well-funded lobbyists, if we flex our muscle. The candidate with the most money does not always win. Politicians are most afraid of us.

LOOK FOR CRACKS OF LIGHT

So that’s the human side. But how do we make sense of this spiritually?

By shifting our consciousness. Life reflects thought. We get what we believe.

So our first spiritual undertaking is to keep events in perspective. Look for cracks of light in what might appear to be impenetrable darkness.

Remember what I’ve said before, that news by definition is what’s out of the ordinary. Reporters are not so much liberal or conservative as they are attracted to conflict. They’ve been trained to get both sides of the story, so they seek out people who are taking sides. Extreme sides.

The news doesn’t tell you what’s going on in the world overall.

Instead, notice what’s going on in your world. Has there been any evidence of love lately? Any healing – of bodies, of relationships? Has there been a joyous birth or a peaceful death?

As a spiritual being having a human experience, do you feel increasingly in touch with the Infinite? Has your view of life broadened?

And even in the news . . . the Democratic sit-in in Congress drew attention to the public’s overwhelming desire for better gun laws. The Supreme Court’s ruling on abortion, whether you agree or not, was 5-3, which means the court is not deadlocked and paralyzed on all issues, even while missing a ninth justice.

Maybe troubling events are simply what the world looks like on the way to solving problems.

Messy. Scary. Angry. But falling apart in order to fall together.

Even the simplest creative process is messy. Cooking. Artwork.

And for every project that requires expanded thinking, there’s a point of overwhelm when the task seems impossible. Then suddenly, the pieces begin to fall into place.

Maybe the world is not coming to an end after all.

And maybe it’s not a bad thing that we are continually forced to reconsider the kind of society we want, to decide what we stand for on issue after issue, to stick with our ideals just as the founders of the nation did.

In other words, to choose what we are going to hold in consciousness, no matter what is going on around us.

We came to earth for a human experience in service of our souls’ growth. 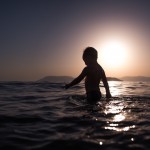 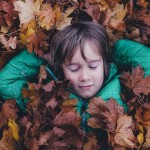 July 5, 2016 Could We Really ALL Be Divine?
Recent Comments
0 | Leave a Comment
Browse Our Archives
get the latest from
New Visions
Sign up for our newsletter
POPULAR AT PATHEOS New Visions
1