Most of All, I Remember His Eyes

Most of All, I Remember His Eyes January 5, 2016 Ellen Debenport

His name was David.

His eyes were enormous – blue, brown, I don’t remember – but wide with fear and what appeared to be surprise at where he was headed.

I was one of the designated witnesses as a reporter for United Press International, the first and only time I viewed an execution. The press gathered in a small gallery with a few lawyers and members of the victims’ families, who had waited eight years for this day to come.

We were at Angola, the Louisiana State Penitentiary that later became the setting for the book and movie, Dead Man Walking. The execution would take place in a tiny room on the other side of a plate glass window.

David – slight, white, young — was meek as a lamb when the correctional officers marched him into the room and strapped him to the high-backed wooden chair.

They had shaved his head sometime that evening, between his last, desperate plea before the clemency board and the execution scheduled for midnight.

He said nothing when asked for his last words. Finally they put a hood over his head, and I could no longer see his frightened eyes.

It all came flooding back when Pope Francis visited the United States and urged Congress to reconsider the death penalty.

It was just one paragraph in Francis’ speech, and it was only mentioned in passing in the news coverage I heard. As if to say, yeah, sure, what do you expect? The Church has always been against the death penalty.

But the church’s consistency on this is one of the things I admire about Catholics. If they believe life is sacred, then all lives are sacred. The Church opposes abortion and the death penalty, the lives of those deemed innocent and those pronounced guilty, flawed, ruined.

Pope Francis put it in the context of Jesus’ Golden Rule – Do unto others as you would have them do unto you. (Matthew 7:12)

Try applying this to immigrants and refugees, he said, and to the most violent convicted criminals.

“Let us treat others with the same passion and compassion with which we want to be treated. Let us seek for others the same possibilities which we seek for ourselves. Let us help others to grow, as we would like to be helped ourselves.”

INTO THE LION’S DEN

Let us not overlook Francis’s courage.

Maybe it’s no surprise that a pope opposes the death penalty, but this pope proclaimed it in the lion’s den. He stood in the well of the United States Congress and called out one of the richest, most powerful nations on earth for violating human rights and failing to follow the teachings of Jesus in our so-called Christian nation, one of the few countries left on the planet that still puts criminals to death. (China, Iran, Yemen, North Korea . . . and us.)

Of course, Pope Francis didn’t use inflammatory words like mine. His speech was tactful, affirming and supportive, calling upon the better angels of our nature.

“I am convinced that this way is the best, since every life is sacred, every human person is endowed with an inalienable dignity, and society can only benefit from the rehabilitation of those convicted of crimes.”

He said, “ . . . a just and necessary punishment must never exclude the dimension of hope and the goal of rehabilitation.”

THE WORST THING THEY’VE EVER DONE

I never had thought much about the death penalty before that midnight execution in Louisiana 30 years ago. But what I witnessed was killing, pure and simple. Acting on behalf of the American people and under the authority of law, the prison officers bound David into a chair with leather straps, threw a switch and killed him.

They killed someone for killing someone.

You may not agree about the death penalty, and I’m not trying to persuade you.

But I remember Sister Helen Prejean, the nun who accompanied an inmate to his execution in Dead Man Walking, who said, “Everyone is worth more than the worst thing they’ve ever done in their life.”

Pope Francis urged us not to give up on each other. Whether criminals, refugees, immigrants or the poor. Don’t refuse them because they are inconvenient, he said, or because there are so many, many of them.

PS — Can we do that, even in our daily lives? When other drivers irritate you, when family members are clearly wrong, when coworkers seem worthless, when children are on your last nerve – can you view them with a dimension of hope?

I hope you’ll scroll down a bit and share any thoughts below. 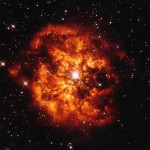 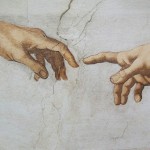