Watch a Master at Work

There’s a new spiritual teacher on the scene: Donald Trump.

Stay with me here – this isn’t about politics. You can form your own opinions about Trump’s ideas.

I’m talking about the process he is using to keep himself at the top of the polls and the front of the news.

He is doing exactly what we spiritual-but-not-religious students of Truth and principle say we intend to do: Focus on our vision like a laser beam and not be dissuaded by outer appearances.

Not by criticism or disapproval.

Not by authorities or polls.

Thanks goodness most of us don’t have our decisions lampooned by late-night comedians, because even those would have to be ignored.

Donald Trump is doing exactly what the Law of Attraction teachers tell us to do.

He is winning because he believes he is worthy of receiving whatever he wants.

He isn’t spending money on advertising because he doesn’t believe he should have to. He gets “free media” on the news.

Trump is getting attention not only because he keeps saying things that are considered outrageous by the establishment. He believes whatever he says is newsworthy and should echo around the world.

ANYONE CAN DO THIS 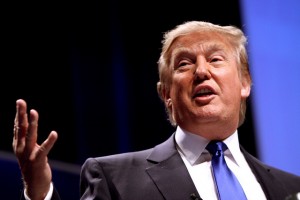 Trump is demonstrating something else, too: The law is neutral.

The creative power of our thoughts works with energy, regardless of whether we’re doing the right thing, whether our motives are pure, or whether we understand the cosmic laws that govern the universe.

This energy is available for the use of anyone, anytime, for any purpose. Good or bad, serious or frivolous, Republican or Democrat. The law is always operating.

In Star Wars, The Force can be used for good or ill, light or darkness. That’s how principle works.

And that’s the primary objection I hear to working with spiritual law. People are afraid they’ll use it amiss or create from selfish motives.

This is where Trump becomes a cautionary tale.

THE TROUBLE WITH HUMAN CREATION

It’s wonderful to learn that our beliefs create our reality. That means we have a say in what happens; we are no longer trapped in our circumstances.

Most people who learn about the law start making vision boards or saying affirmations, trying to keep their minds focused on what they want to create.

They learn manifestation techniques and rejoice in demonstrations. This stuff works!

Donald Trump is already a master at this kind of creation, whether he is aware of the law or not. He has manifested what a great many humans think they want: wealth, status and a gilded life.

Nothing wrong with that.

In fact, I’ve heard voters say Trump’s very success gives them confidence in him. Look at what he’s already done! Let’s give him the country to run!

Now, I don’t know Donald Trump beyond what I’ve seen on television.

But as far as I can tell, Trump is creating purely from the level of personality, using only his human brain. And that can create problems.

SO WHAT DO WE DO?

The more advanced method is to turn creation over to the divine within. As Jesus put it, “seek first the kingdom of God,” and everything else will fall into place.

This not only works as well or better than brain-based creating, but it leads to a new level of living.

Don’t you know people (maybe you) who have chosen a spiritual path — drawing closer to their I AM Presence — whose lives now are blossoming with opportunities, creativity and money?

They are living beyond their wildest dreams, not because they made a vision board but because they turned their creative process over to their own higher selves, then trusted their inner wisdom.

You can spot them.

At one level, this is handing over the reins of your life to God as you understand God. But as a spiritual master who knows his or her own divinity, this means living AS the divine Presence.

This yields greater abundance than gold-plated skyscrapers with your name on them. This kind of spiritual growth and wisdom is something you can take with you.

WHAT WE LEARN FROM TRUMP

Next time you watch Donald Trump, listen for his positive statements of intention and notice his self-assurance. He simply KNOWS he can create whatever he wants and deserves to have it.

If we had that much self-assurance while living at the level of divine consciousness instead of material creation, imagine all the good we could do! Which would include wealth for ourselves and the world.

So our goal, in trusting spiritual principle, is not to rely purely on our human minds to create our experience. That works, but it’s not enough.

We want to create from a state of surrender, leaving us open at the top for divine input and inspiration. We want to marvel at the good we never could have imagined.

I can hardly wait until we have a national figure showing us what that looks like.

PS – Which works better for you? To work consciously at creating your life through visualization, etc? Or to turn it over to a higher power and follow your guidance? Is it possible to do both? Scroll down to leave a comment and let me know. 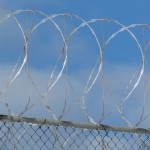 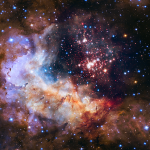