What Are You Expecting After This Election?

Every four years in our presidential election, Americans open the door to a new way of living.

Sometimes the changes are great, sometimes small. And while future events might be unpredictable, our expectations will determine our experience.

This is a universal law. Our thoughts have creative power, and our collective thoughts shape our society.

Economists know this. That’s why they look at the Consumer Confidence Index to see whether Americans expect the economy to be good or bad. They know expectations become reality. They are literally measuring consciousness.

So where is our consciousness as we embark on the next four years?

As far as I can tell, most Americans, including a lot of spiritual people, spent the past year predicting we would experience absolute and total disaster if the “wrong” candidate were elected.

The candidates themselves happily indulged – even initiated – these dark fantasies in their portrayals of each other. “Vote for me or you’re doomed,” was the general message.

It’s hard to know for sure, but more votes might have been decided this year by being against a particular candidate than for anyone else.

And now we will see what happens.

My concern is that we have poured so much energy into scenarios of catastrophe that it will, in fact, come to pass. If we expect economic collapse or violent retaliation or widespread injustice, we’re far more likely to get it.

That’s a law of the universe.

In all our caterwauling about the terrible future, the molecules of the universe have already begun to rearrange themselves around our expectations.

The law doesn’t know when we’re kidding. It doesn’t register exaggeration. It only knows where we are focusing our attention.

I am writing on Election Day without knowing who won, but I know spiritual law is always in effect.

For more than a year, millions upon millions of Americans have focused on the human failings of one or both presidential candidates and have speculated about the appalling possible consequences of this year’s election.

At this point, we have no reason not to expect disaster going forward. Both sides have predicted it, pictured it and talked about it. Both sides have posted doomsday scenarios in which they imagined their personal interests being trampled by a treasonous leader bent on destroying democracy.

That’s exactly how spiritual teachers say we create our experience in life: Expect it, visualize it and speak the word. Make powerful affirmations about the future. Stay focused on the vision.

Trouble is, the law works equally well whether you’re focused on what you do want or what you don’t want.

Oh dear. What have we done?

It’s not too late to change what’s looming behind the door opened by Election Day. It only requires an overhaul of our thoughts.

A vision is more malleable while it’s still in thought form, when it has not yet taken shape in our lives. Using the sometimes underappreciated power of imagination, we can change outcomes by adjusting our expectations.

What if we all took a deep, relaxing breath and agreed to move forward calmly into the next iteration of America? What if we focused on a future of harmony, equality and fairness, regardless of who occupies the White House?

When the founding fathers wrote the Constitution “in order to form a more perfect union,” they engaged in group visualization. They wrote a vision of the country they wanted. They described the most orderly republic they could imagine, and decreed it “shall” be.

We can still do that.

The desires of the different sides are not as diametrically opposed as they sometimes sound.

We all want peace, prosperity and health, right? We want safety, good schools, clean water and smooth roads? We want to help other countries if we can, and be a model of a well-functioning democracy?

I have believed for a long time that, with some exceptions, we agree on the goals. We only disagree about how best to get there. Political opponents offer different routes to the same destination.

I’m not minimizing the problems Americans seem to face right now, and I did my share of doom-saying throughout the presidential campaign.

But that was up until now.

From now on, I will do my best to expect a better day, to affirm a sane and streamlined government, and to believe our leaders are doing their best.

It might sound like pie in the sky, but what if millions of us who have been predicting the end of the world now elevate our consciousness? What if we begin to expect better?

What if we begin today consciously creating a world that works for all?

It’s worth a try.

November 1, 2016
Five MORE Lessons from Life So Far
Next Post 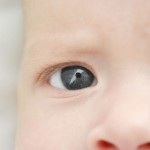 How Interspirituality Informs My Attempts to Be Compassionate
Compassion has been at the heart of my interspiritual attempts for years....
view all New Visions blogs
What Are Your Thoughts?leave a comment