An LGBT Rabbi Responds To The Orlando Shooting

Omar Seddique’s father said, “This has nothing to do with religion.”  He is wrong.  Religious teaching in this country contributes to an environment in which LGBT people are misunderstood, demonized, and targeted simply because of our identities.  This attack was not the responsibility of any one religion or teaching.  It happened because we are living in a climate in this country (let alone around most of the globe) in which it is acceptable to discriminate against LGBT people and call out religious freedom as justification.   Any statement, teaching, policy or scriptural reading that is not explicitly in support of LGBT people is contributing to attacks like this one.

As an LGBT clergy person, I call on all of my fellow faith leaders to end the era of “love the sinner, hate the sin” and all of the other creative ways we have tried to hold the hands of LGBT people while condemning them from the pulpit.  I call on our leaders in government to stop creating a climate in which religion is the justification for not allowing an LGBT person keep a job, rent a home, or enter the bathroom of our choosing.  Until LGBT people and identities are uniformly celebrated as simply another piece of our diverse human puzzle, this and every other attack is on our shoulders. 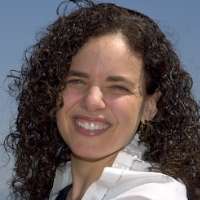 Rabbi Mychal Copeland is the Director of InterfaithFamily/Bay Area, where she helps interfaith couples navigate bringing two backgrounds into one home. She previously served as Rabbi at Hillel at Stanford University for 11 years. Mychal is the co-editor of Struggling in Good Faith: LGBTQI Inclusion from 13 American Religious Perspectives [Skylight Paths Publishing, 2015].

Learn more about Mychal by visiting her profile on Deily!

June 14, 2016
Recent Comments
0 | Leave a Comment
"Where did you go, Asmondius?"
Gunnar Thalweg Pope Francis Condemns Paris Attacks as ..."
"That will be great to see!http://clansguild.com"
freegems Life-Size Replica of Noah’s Ark Set ..."
"I spend about six months in Tel Aviv in 1996 working on a project for ..."
DakotaMark Understanding the Jewish High Holy Days
"If it could survive fossils, it can survive this. Religions, like the people who carry ..."
axelbeingcivil Could Religion Survive Contact With Extraterrestrial ..."
Browse Our Archives
Related posts from The Deily Blog 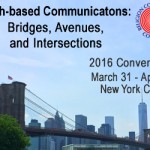 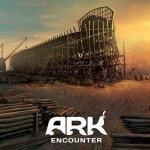 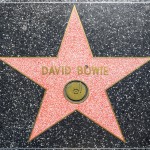