“The Pathway” by Roberta Flake Clayton

We all travel the pathway of life. And while our journeys are uniquely personal, we all share in the generalities of life’s journey.   How do you view life’s peaks and valleys, the brambles and blooms?

The Pathway is one of my favorites in the collection.  I have been both travelers on the pathway she described.  However, my perspective is shifting to embrace the latter’s vision and that has made all the difference for me.

The Pathway by Roberta Flake Clatyon

A long path led over hill and dale

Thru barren desert, and fertile vale;

Thru sand and stones, some portions wound, 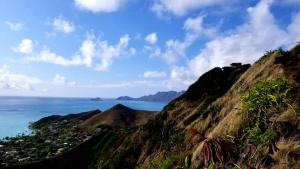 Some over tufted, verdant grass,

And over a babbling brooklet pass;

Thorns and brambles along it grew,

And flowers of beauty and fragrance, too.

There met, one day, near the pathway’s end

A handsome youth and his aged friend;

And as they sat in the twilight dim

Each told how the trail appeared to him.

First spoke the man with the snow-crowned head,

And these were the words he slowly said—

“The way was so long, and in places, steep,

And the sand so hot to my aching feet.

The stones were so sharp that I stumbled o’er 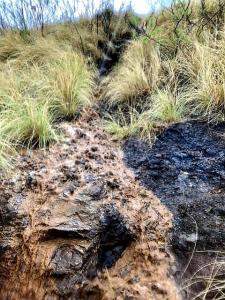 And brambles and thorns my raiment tore.

The days were hot and the nights were cold

And their horrors cannot be retold.

So weary, worn and spent am I

No gold would induce me to pass again

O’er the path where I endured such pain.”

And the twinkle of mirth in his clear, bright eye,

“I did not notice the day was long,

Beguiled was I by the bird’s sweet song;

And when I came to the steep incline,

A thrill of eagerness was mine,

Far above the level plain.

And as I gazed from the lofty height 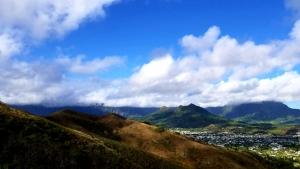 My heart was full of sheer delight,

And I saw how, by effort, man might rise

To a clearer view of heavenly skies.

The rocks were stepping stones to me

O’er which I bounded light and free,

On the grassy mounds I idly lay,

And watched the insect world at play.

I laid my feet in the sunkissed sands

And thought of Arabia’s desert lands,

With its legends, loves and old romance

Where the Gypsies round the campfires dance.

For a moment I was a bandit bold

Holding my prisoners for ransom gold.

Then I thrilled with the thought that with freedom and health

I was richer than bandit king with all his wealth.

To me the night was a holy time

For I felt my nearness to the sublime.

And as I lay ‘neath the moon’s soft gleam

I dreamt a wonderful, beautiful dream—

I saw myself as a conquerer bold,

But not as the kings and knights of old,

Not as one who fights for pelf,

But one who is Master of himself.

Then morning came, and the rising sun 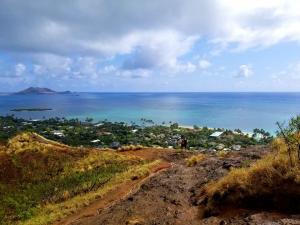 Turned dewdrops to diamonds, one by one;

And the beautiful flowers, so rich and rare,

Shed forth a perfume beyond compare.

And even the brambles and the thorns

Bespoke to me of Easter Morn—

When the Master triumphed o’er the grave,

And assurance of life eternal gave.

The crown of thorns He meekly wore

Was replaced by the haloed light He bore.

As He triumphed over death and sin,

So can I a mighty victory win.

And these were the thoughts that shortened the way 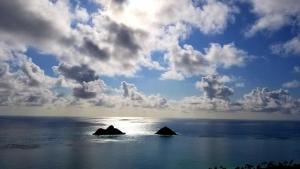 Made the journey a pleasure night and day

Mere gold could not induce me to part

With the good resolves that filled my heart.

The way is clear, my path is plain

If I the loft heights would gain;

I see life as it is, and I must not fail—

These were the lessons I learned on the trail.” 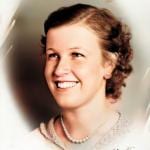 August 14, 2020
The Love Poem I Should Have Expected From Her
Next Post 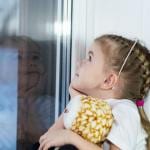 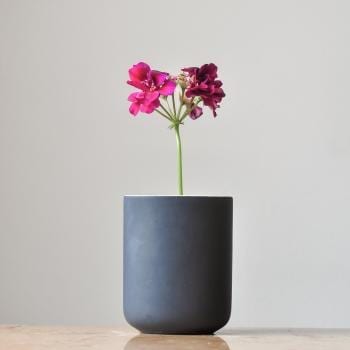