Does the so-called “Respect For Marriage Act” threaten our religious liberty?

Through many tribulations we must enter the kingdom of God (Acts 14:22).

The Senate voted this week to advance the so-called “Respect for Marriage Act” (RFMA). The legislation would repeal the Defense of Marriage Act (DOMA), which defined marriage for federal purposes as the union of one man and one woman. DOMA was adopted overwhelmingly by Congress in 1996 and signed into law by President Clinton.

The RFMA does just the opposite, requiring the federal government to recognize the validity of same-sex marriages in the United States. In essence, it makes the 2015 Supreme Court ruling in Obergefell v. Hodges into federal law.

In this sense, the RFMA changes nothing about the status of same-sex marriage in America. However, the legislation is raising enormous questions about First Amendment protections for those who support traditional marriage on religious grounds.

“Explicitly declaring the Bible is wrong”

On Monday, a bipartisan group of senators announced that they had crafted “commonsense language to confirm that this legislation fully respects and protects Americans’ religious liberties and diverse beliefs, while leaving intact the core mission of the legislation to protect marriage equality.” According to CBS News, the amendment “ensures nonprofit religious organizations will not be required to provide services, facilities, or goods for the celebration of a same-sex marriage, and protects religious liberty and conscience protections available under the Constitution and federal law, including the Religious Freedom Restoration Act.”

In addition, it makes clear that the bill does not authorize the federal government to recognize polygamous marriage.

However, US Senator Pat Toomey (R-PA) opposed the legislation and warned that it threatens religious liberty: “This legislation would enable activists to sue faith-based groups that provide vital services for our communities in an attempt to force them to abandon their deeply held beliefs about marriage, or close their doors.” He added, “The Respect for Marriage Act does not provide any meaningful benefit to same-sex marriages that does not already exist. It does significantly threaten religious liberty.”

Cardinal Timothy Dolan of New York, chairman of the Catholic bishops’ Committee for Religious Liberty, likewise warned, “The bill will be a new arrow in the quiver of those who wish to deny religious organizations’ liberty to freely exercise their religious duties, strip them of their tax exemptions, or exclude them from full participation in the public arena.”

Matt Sharp, senior counsel with the Alliance Defending Freedom, also warned that the legislation could open Christians up to lawsuits at the federal level, noting that believers running businesses and charitable organizations could be at risk. He also questioned whether some Christian nonprofits could find their tax-exempt status in peril.

Rabbi Yaakov Menken, the founder of Project Genesis and the managing director of the Coalition for Jewish Values, said in a Tuesday interview that the RFMA is the federal government “explicitly declaring the Bible is wrong.” He noted that it allows “any private actor to initiate a lawsuit if a religious school wishes to recognize only traditional marriages.” In his view, the act “means exposing our community to a host of bad actors willing to engage in litigation.”

“In the world you will have tribulation”

I’ll respond by focusing on a biblical fact that may seem surprising or even unwelcome: suffering for our faith is an indispensable part of the genuine Christian life.

Paul stated his aspiration “that I may know [Jesus] and the power of his resurrection, and may share his sufferings, becoming like him in his death” (Philippians 3:10). The apostle spent time on his first missionary journey “strengthening the souls of the disciples, encouraging them to continue in the faith, and saying that through many tribulations we must enter the kingdom of God” (Acts 14:22).

If we are truly following Jesus, we must be going in the opposite direction from those who oppose Jesus. This is why our Lord warned his disciples, “In the world you will have tribulation” (John 16:33). And it is why, as Paul observed, “all who desire to live a godly life in Christ Jesus will be persecuted” (2 Timothy 3:12).

Which should be true for true disciples of Jesus?

“When I am weak, then I am strong”

The time to prepare for persecution is before it arises. So, decide now that you will be faithful to your Lord today. Ask his Spirit to control and empower your life (Ephesians 5:18). Pray for the strength to refuse temptation when it strikes (1 Corinthians 10:13). When you “submit yourselves therefore to God,” you can then “resist the devil, and he will flee from you” (James 4:7).

When your life and mind are surrendered to the Holy Spirit, you can claim Jesus’ promise: “When they deliver you over, do not be anxious how you are to speak or what you are to say, for what you are to say will be given to you in that hour. For it is not you who speak, but the Spirit of your Father speaking through you” (Matthew 10:19–20).

If you choose to pay a price to follow Jesus, you are in excellent company, for you can say with Paul, “I am content with weaknesses, insults, hardships, persecutions, and calamities. For when I am weak, then I am strong” (2 Corinthians 12:10).

Will you be “strong” today? 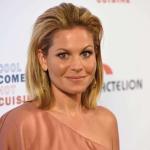 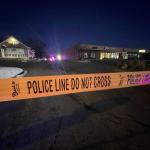