Meet the grandfather of ten who sold the winning Powerball ticket

Mr. Chahayed emigrated from Syria in the 1980s with his wife, two children, and around $14,000 in his name. Now a grandfather of ten, he owns Joe’s Service Center in Altadena, an unincorporated community northeast of Los Angeles. For selling the winning ticket, he will receive a Powerball bonus of $1 million. Unsurprisingly, he plans to spend it on his five children and donate some to the community.

“Uncertainty is the friend of the status quo”

In Maxims for Thinking Analytically: The Wisdom of Legendary Harvard Professor Richard Zeckhauser, Dan Levy lists and discusses a number of insightful and practical axioms taught by the noted economist.

Among them is this observation: “Uncertainty is the friend of the status quo.” Levy explains: “When there is uncertainty about the value of the choices we are considering in a given decision, we tend to stick with our initial or previous choice.” He cites credit cards, bank accounts, gym memberships, and even toothpaste brands as examples.

Such “status quo bias” is often appropriate, as Levy notes: “As long as we consider the original brand we choose to be sufficiently good, and the cost of assessing whether to change not worth it, it is rational to stick with our initial choice.” However, he adds that “one can take advantage of status quo bias to help people make better choices by setting a default option that will be good for the person making the decision.”

In behavioral economics terms, this involves constructing “choice architecture” that “nudges” people toward good choices. Such defaults have been used to get people to automatically enroll in retirement plans or donate organs, for example.

As America has focused on this week’s midterm elections, we have focused in the Daily Article on the relationship between politics, culture, and religion. Yesterday we discussed the urgency of holiness for Christian leaders since “religion is the root of culture” and religious leaders play a formative role in the lives of religious followers.

Today, let’s close our series by considering the urgency of personal godliness for all Christians, whatever our leadership status. We’ll do so by applying the two narratives we’ve explored thus far:

Joe Chahayed is not the first or the last person to sell a winning Powerball ticket of significant size (though the one he sold was the largest so far). However, he made the news not just for what he did but for who he is: a hardworking, conscientious immigrant who has made a good life for himself and his family.

We are always going to be attracted to the beliefs of attractive people. (This is why celebrity endorsements remain such popular and powerful marketing tools.) However, as fallen people, you and I are more likely to live in ways that discourage rather than encourage others to trust in our holy God unless we have his help.

This is why it is so urgent that we decide every day at the start of the day to live biblically that day. When we say to God, “Your word is a lamp to my feet and a light to my path” (Psalm 119:105, my emphasis), it will become so. When we decide that “all Scripture is breathed out by God and profitable for teaching, for reproof, for correction, and for training in righteousness” (2 Timothy 3:16), we will profit from it personally.

“Pilate was merciful till it became risky”

It should be noted that choosing against culture always comes at a cost. It is far easier to float with the current than to swim against it. Living biblically in an unbiblical culture especially requires courage, as the members of the Hebrews 11 “Hall of Faith” vividly remind us:

“Some were tortured, refusing to accept release, so that they might rise again to a better life. Others suffered mocking and flogging, and even chains and imprisonment. They were stoned, they were sawn in two, they were killed with the sword. They went about in skins of sheep and goats, destitute, afflicted, mistreated—of whom the world was not worthy” (vv. 35–38).

In The Screwtape Letters, C. S. Lewis famously observed: “Courage is not simply one of the virtues, but the form of every virtue at the testing point. . . . A chastity or honesty or mercy which yields to danger will be chaste or honest or merciful only on conditions. Pilate was merciful till it became risky.”

“The testimony of the Lᴏʀᴅ is sure”

Let’s close by applying our conversation personally: What is your next step into biblical obedience? It likely will require courage on your part—if it were easy, you would probably have already taken it.

But if you will decide now to make biblical living your “default option” for the day, you will say with David, “The law of the Lᴏʀᴅ is perfect, reviving the soul; the testimony of the Lᴏʀᴅ is sure, making wise the simple; the precepts of the Lᴏʀᴅ are right, rejoicing the heart” (Psalm 19:7–8).

Will your soul be revived and your heart rejoice today? 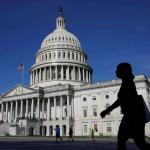 November 10, 2022
The latest on the midterms: How America can experience a “new birth of freedom”
Next Post 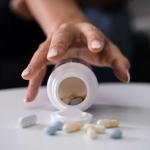 November 14, 2022 Should I take meds for my depression? A Christian approach to the mental illness epidemic
Browse Our Archives
Related posts from Denison Forum