The latest on the midterms: How America can experience a “new birth of freedom”

“My people are destroyed for lack of knowledge.” —Hosea 4:6

It has been said that “democracy is a slow process of stumbling to the right decision instead of going straight forward to the wrong one.” As our latest exercise in democracy continues to unfold, a relevant Wall Street Journal article caught my eye today. In “Lincoln’s Vision of Democracy,” famed Princeton historian Allen C. Guelzo shows how Abraham Lincoln’s “Gettysburg Address” summarized American democracy concisely but brilliantly in his now-famous triplet: “government of the people, by the people, for the people.”

President Lincoln believed that a new commitment to these three ideals would lead to a “new birth of freedom” for our land. According to Dr. Guelzo, “That new birth is the task that lies before every succeeding generation of Americans. In it, we find our way not only back to Lincoln but to democracy itself.”

How can we experience this “new birth of freedom” in these divided and divisive days?

I consider The Abolition of Man to be C. S. Lewis’s most prophetic book. In it, he consistently warns against the rising moral subjectivism that he believed would lead to the downfall of democracy. Lewis’s insights relate directly to our “post-truth” culture today.

Here’s one example: “For the wise men of old the cardinal problem had been how to conform the soul to reality, and the solution had been knowledge, self-discipline, and virtue. For magic and applied science alike the problem is how to subdue reality to the wishes of men [and] the solution is a technique.”

The fact that scientific techniques are more successful than magic tricks in subduing reality to our wishes makes his point more relevant. Amazing medical and technological advances have improved all of our lives immeasurably. As a result, we have been conditioned to believe that unaided human effort can “subdue reality to the wishes of men,” whatever those wishes are.

For example, in his first inaugural address, President Bill Clinton declared: “Our democracy must be . . . the engine of our own renewal. There is nothing wrong with America that cannot be cured by what is right with America.” He then called on Americans to embrace “the conviction that America’s long heroic journey must go forever upward.”

Such self-reliance lies at the heart of Western culture. Socrates claimed that to “know thyself” is the path to knowledge. Aristotle asserted, “Moral excellence comes about as a result of habit. We become just by doing just acts, temperate by doing temperate acts, brave by doing brave acts.”

How is such self-reliance working for us?

“Religion is the root of culture”

In a democracy, we are tempted to invest politics with the same power and authority we have assigned to science, asking our leaders to “subdue reality” to the wishes of those who elect them. But politics in a democracy cannot solve our greatest problems because leaders are elected by voters to do what voters want, and voters are just as fallen as the leaders they elect.

I often quote from George Washington’s 1796 Farewell Address because this observation is so critical for our nation: “Of all the dispositions and habits which lead to political prosperity, religion and morality are indispensable supports” (my emphasis). Here’s the problem: in our secularized, post-Christian, even anti-Christian culture, many would divorce religion from morality. As I noted recently, more Americans think morality should be based on “what you feel in your heart” than any other source, including the Bible.

But Washington had a prophetic word for this dangerous fallacy: “Let us with caution indulge the supposition that morality can be maintained without religion. Whatever may be conceded to the influence of refined education on minds of peculiar structure, reason and experience both forbid us to expect that national morality can prevail in exclusion of religious principle.”

Does Hosea’s warning apply to us?

God’s familiar promise to Israel in 2 Chronicles 7:14 to “heal their land” begins, “If my people who are called by my name . . . .” The Lord warned the religious leaders of Hosea’s day, “My people are destroyed for lack of knowledge; because you have rejected knowledge, I reject you from being a priest to me. . . . you have forgotten the law of your God” (Hosea 4:6).

In a day when religious leaders and entire denominations reject biblical sexual morality and endorse elective abortion, when just 37 percent of America’s pastors hold a biblical worldview, does Hosea’s warning apply to us?

However, I must admit that there is a personal downside to today’s article: it is tempting for me to criticize political and religious leaders for their failings and so avoid honesty about my own. I have no right to ask others to do what I am unwilling to do.

Am I willing to serve my King whatever the risk?

Am I willing to do whatever he asks, go wherever he leads, and serve whatever the cost?

NOTE: Here’s something fascinating I learned in our Advent devotional for this year: The lyrics and melodies of “O Holy Night” were written by non-Christians. You’ll read similar stories about 25 well-known Christmas songs and hymns in The Songs Tell the Story, written by my wife Janet Denison. Each chapter is a quick read, but you’ll be thinking about the biblical applications long after you’re done. Ask for your copy of The Songs Tell the Story today. I know you will be blessed by it as I was. 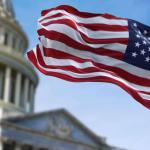 November 9, 2022
Republicans predicted to take the House, Senate too close to call: Insights from “the father of democracy”
Next Post 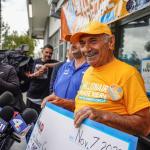 November 11, 2022 Meet the grandfather of ten who sold the winning Powerball ticket
Browse Our Archives
Related posts from Denison Forum