Pursue the truth at all times, then follow it (part 2) 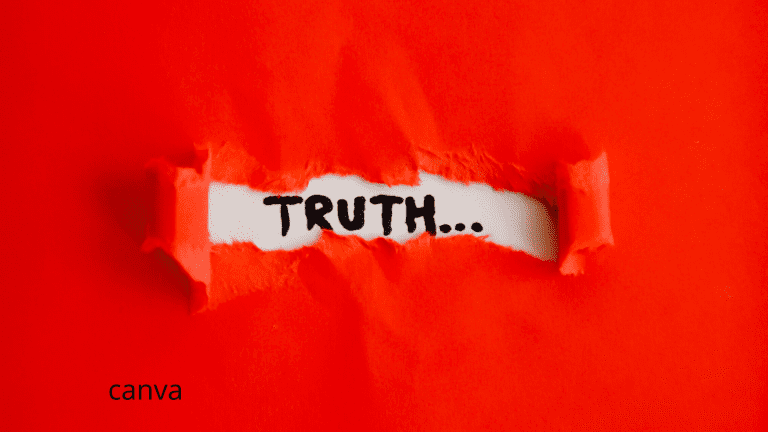 In part 1, I argued that if all truth points us to Christ, then we should seek the truth at all times. After all, if the aim of the Christian life is to become like Christ (Col 1:28-29), then it is essential that we conform to the truth.

There are two major problems with conforming our lives to the truth:

The first problem is pride! We don’t want to admit that we are wrong. Paul says in 2nd Thessalonians that the world refuses to believe the truth of the Gospel and, in doing so, refuses salvation. He says, “because they did not receive the love of the truth so as to be saved” (2 Thess 2:11).

As much as we want to think that, as Christians, we are people of integrity, the reality is that we are just as susceptible to pride as the next person.

In fact, this can be a greater problem for Christians who often have this sense about them that they must convey a life of “I have it all together” (which, btw, is really problematic).

There is a second problem when it comes to conforming our lives to the truth: namely, that we must be willing to change our behavior! Who wants to do that?

We live comfortably. We have a way of life that we have come to justify. We have practices, preferences, and more that may be threatened by the truth. In 2nd Thessalonians, Paul adds that those in the world “did not believe the truth, but took pleasure in wickedness” (2 Thess 2:12). The fact is that Christians are also susceptible to this plague.

Truth affects what we believe, what we feel, and how we live.

But if Jesus is the Truth, then we must be willing to change, not just what we believe, but also what we do, even if that means leaving behind our family fishing business (Mark 1:16-20) in order to follow Jesus.

I am not about to engage in dialogue or to show the latest research to answer this question. I do believe that the answer too often is “no.” Many Christians are simply not openminded at all.

The problem as I see it is that they are convinced that they have already made the changes that I am speaking about. It is the pagans who need to change. We, after all, at least make an effort to live a morally pure life and are not in need of any radical changes.

I am sorry to say it, but this sounds a lot like a group that Jesus often ran into.

The fact is we all need to stop and reassess things.

I would challenge you to do a search on “change in the church.” What will you find? Resource after resource on how hard it is to get churches to change. Why? Because many people in the church are convinced that they are doing the right things. Even though their churches is dying right in front of them, they refuse to change.

In part 1, I referred to the fact that for many years the church refused to believe that the Earth revolved around the Sun. Sadly, history will only continue to provide us many more examples.

Now some of you may not like that last sentence. But what are we afraid of?

The premise of this series of posts is that if Jesus is the truth then we should find the truth at all costs and follow it!

The last thing I should hope that any of us have to face on that final day is all the things that we were wrong about because we were too proud to admit our errors or too stubborn to change our ways!

Research has shown that more information makes us stupid. I referred to this in the first post and want to unpack is some more here and in the next post.

This seems incredulous. One might easily assume that the more information we have the more intelligent we become.

We might reasonably suppose that if one were to lay out all of the facts before us, we would all assess them and come to the most logical conclusions.

The reality is that we live in an age where information is more abundant and more available to more people than could ever have been imagined. And, yet, we have more extreme radicalism, and more division than ever.

Partisan politics, for a number of reasons, of course, is more deeply entrenched in our country than ever. Denominational and doctrinal divisions deeply divide the Church.

This is tragic. I understand and to some degree respect these strong convictions. But the unwillingness on the part of many to even listen to others who represent differing positions is tragic. Many are unwilling to even participate in rational conversations.

Now I am not suggesting that “anything goes.” I am just asking that we start by listening.

Where are we going astray?

The problem is not a lack of information.

This is dangerous. I fully recognize the need to begin with trusted resources. I am not suggesting that we send our children to the wolves to fetch some bread. At some point, however, we must be willing to listen to the voices of others.

Let me apply this to a situation that is quite relevant at the time I am writing this. At present, our nation is in chaos over the tragic killing of a person of color (George Floyd). The problem for most white persons is that they simply do not know what it is like to be a person of color or a discriminated minority.

I recently had a conversation with a white person who told me that since the civil rights era things had significantly improved for persons of color. This person sincerely had no idea what it is like to be a person of color in this country.

Earlier this week the head football coach of the Denver Broncos said there was no racism in the NFL—for which he offered a quick apology. All of this shows the incredible ignorance among the white community.

As some of you may be aware, I do a fair amount of work with peace and justice with regard to the Middle East. A number of years ago I went to Bethlehem to spend some time among the people. I thought it was essential to walk the streets and meet with the people. I needed to hear their stories and experience their lives as much as I could.

After the trip, my wife picked me up at SFO. As we were driving home, she asked me how it went. I responded, “it was excellent, but no one will believe me.”

Why would I say this? Because I was certain that what I had experienced what so unbelievable, and was so contrary to everything I had been told, that I was certain no one would listen to me. My stories would seem so far fetched that I had to be exaggerating.

This is precisely where following the truth will radically affect both what we believe and what we do.

Being a follower of Jesus does not afford me that opportunity. I am called to do something about it. To my fellow white Christian men, I would exhort you to stop and listen and learn.

I know that some of you reading this might strongly disagree. But, and I challenge you on this, have you really listened and learned from those on the other side?

The second problem is that even when we look at alternative sources, we often look at them with either a closed mind or with a goal to reinforce what we already believe. That is, instead of looking at information objectively, we often look at it either to support our current position or to find evidence why an opposing viewpoint is wrong—both of which are shameful!

Take, for example, the biblical account Jesus’ healing the man born blind in John 9. Since the man was born blind and was not instantly healed by Jesus, but was instead told to go and wash in the pool of Siloam (John 9:7), the man had never seen Jesus.

Later, the man was interrogated by the Pharisees. He explained what happened to him and how Jesus healed him. The problem, as far as the Pharisees were concerned, was no one had ever heard of a man being born blind and being healed.

The Pharisees retorted that maybe he was not actually born blind (John 9:18)!

They, then, decided to question the man’s parents. “Is this your son, who you say was born blind? Then how does he now see?” (John 9:19). The parents wisely refused to answer.

They, then, determined to interrogate the man a second time: “We know this man is a sinner” (John 9:24)—referring, of course, to Jesus. The man’s response is classic “‘whether He is a sinner, I do not know; one thing I do know, that though I was blind, now I see.’ So they said to him, ‘What did He do to you? How did He open your eyes?’ He answered them, ‘I told you already and you did not listen; why do you want to hear it again?’” (John 9:25-27).

Now, before we laugh at the incredulity of the Pharisees’ actions, let’s be careful to look in the mirror first.

We all do this. We are convinced that something is true or false and we refuse to honestly look at the data. We can find conversations like this on social media every day!

We are so convinced of something that we refuse to deal with the facts.

In part 3 we will continue to explore the reality that more information, unless we are willing to honestly examine it, can make us stupid.

June 15, 2020 The Parable of the Man Whose House is on Fire
Browse Our Archives
get the latest from
Determinetruth
Sign up for our newsletter
POPULAR AT PATHEOS Evangelical
1

No, Religious Conservatives Didn't Cause Church Membership Decline
With Church membership in America declining below 50%, many observers are blaming...
view all Evangelical blogs
Copyright 2008-2021, Patheos. All rights reserved.
error: Content is protected !!