Voter suppression and disenfranchisement, the Bible, injustice, and race#16; Justice#40

Biblically speaking, the ideal form of government is a benevolent monarchy. But until Christ returns and establishes such, we will have to do with the human governments with which we have.

We do so, while at the same time recognizing that no form of human governing is perfect. All are subject to the abuse of power and the oppression of the powerless.

One of the most trumpeted attributes of the US is its democratic system.[1] Democracy can work well when it is truly a democracy.[2]

Ideally, a democratic system provides the opportunity to overcome oppression by giving a voice and a vote equally to the marginalized and the oppressed. Of course, for this to work 50.1% of the people must actually vote in accord with justice for all.

When a people group is systemically oppressed the only way to overcome that oppression is for those in power to implement change.

On the flip side: one of the ways to maintain the oppression of a people group is to deny them access to power. In a democracy, this begins by denying them the right to vote.

In a democratic system, one of the weapons of those in power is voter disenfranchisement.[3] By not permitting those who are suffering injustice the ability to vote and elect persons to advocate for them, the system presents a barrier to overcoming injustice.

Voter disenfranchisement is a powerful means of maintaining systemic oppression.

The right to vote in the US

Voter disenfranchisement has a long history in the American political landscape. For nearly a century after its beginning, America was a democratic society for White men only.

It was not until 1920 that White women received the right to vote. The ardent efforts of White men to deny that right to women illustrates my point that for a democracy to work well those in power must implement change. Though we may look back and sing the praises of the democratic system that gave White women the right to vote, those living at the time knew that it did not come easy!

Black men were technically allowed to vote with the ratification of the 15th amendment in 1870. The problem was that though Black men were constitutionally permitted to vote, they were routinely denied that right throughout much of the US for many decades to come.

Well into the 20th century, Carolina congressman Ben Tillman famously stated in a meeting of the congress, “we do our best to keep the negro in our state from voting.”[4]

All sorts of measures were enacted to deny Blacks the right to vote. Jemar Tisby notes,

The poll tax charged people money to vote, money that Black people and even some poor Whites did not have. They also enacted the “grandfather clause,” which permitted only people who could vote prior to 1867 and their descendants to vote. Of course, this excluded most Black people. White voter registration officials also used “literacy tests” wherein potential voters had to read a portion of the state or national Constitution. Similarly, “understanding tests” asked Black voters to answer obscure questions related to the Constitution. White “redeemers” selectively administered these tests to bar Black voters from the democratic process.[5]

Voter suppression is not simply a thing of the past

Unfortunately, efforts to keep persons of color and even poor Whites from voting remain alive and well in the US. An article in the Atlantic notes, “voter suppression is commonplace and . . . voting is routinely harder for people of color than for their White counterparts.”[6]

The Brennan Center for Justice at NYU reports that between Jan 1, 2021 and July 14, 2021, “at least 18 states enacted 30 laws that restrict access to the vote. These laws make mail voting and early voting more difficult, impose harsher voter ID requirements, and make faulty voter purges more likely, among other things. More than 400 bills with provisions that restrict voting access have been introduced in 49 states in the 2021 legislative sessions.”[7]

Currently, one of out every thirteen African Americans is denied the right to vote.[8]

Some states and counties continue to administer literacy tests, impose poll taxes, and even require in-person voting—something the elderly, the disabled, and the poor are not able to accomplish very easily.

Another ploy is to reduce the number of polling places, which hinders the poor who are less able to travel to more distant locations and/or be away for longer times.[9] Polling places in numerous states have been severely limited in areas of color.

Last September, I personally came across an article on how a county in Texas endeavored to send a letter to everyone in their county informing them on whether they could vote by mail and how to do so.[10]

(Voting by mail is often necessary for the poor, the elderly, and the handicapped. And in the year 2020 it was important to help curb the spread of the Corona Virus)

The piece noted, however, that the Attorney General of Texas sued the county in an effort to stop the mailer. The Attorney General’s argument amounted to, “if we tell them their rights it will only lead to confusion and voter fraud.” How, of course, the AG failed to mention. The court struck down the motion, though the last I saw it was still lingering in appeals courts.

One of the problems with this line of reasoning is that the logic makes no sense. What does committing a felony have to do with the right to representation? Does a person suddenly become a non-person because they have committed a heinous crime? A person does not cease being made in the image of God the moment they commit a crime.

In addition, since, as I noted in a previous post, the criminal justice system disproportionately incarcerates people of color, such laws serve as another means of disenfranchising people of color from voting.

Furthermore, some of the disenfranchised have been convicted of felony possession of marijuana—a drug that is now legal in several states. This means that some Americans are denied the right to vote because they merely possessed something that may be legally purchased in more than 10 states.

Voter suppression has the potential to seriously undermine a democratic society, especially one that has a history of significant racial inequalities.

One of the arguments that I have been presuming throughout this series of posts is that if some of those in power are racially prejudiced, then we should not be surprised when those in power continue to make efforts to ensure that people of color remain oppressed.

It is not un-American to point out our racially prejudiced history or to affirm that this history still affects the present. It is, however, un-Christian to not cry out against injustice.

[1] Technically American is a democratic republic.

[2] Though I am always cautious about any “majority” wins approach.

[9] To learn more about voter suppression and how to support Black churches and other allies in protecting the rights of every voter, please check out http://lawyersandcollars.org/.

November 23, 2021 Remembering our history: The Bible, injustice, and race#17; Justice#41
Browse Our Archives
get the latest updates from
Determinetruth
and the Patheos
Evangelical
Channel
POPULAR AT PATHEOS Evangelical
1

Challenge to Trump from the Right?
Cranach

Evangelical
Evangelicalism: Where have all the young people gone?
Determinetruth 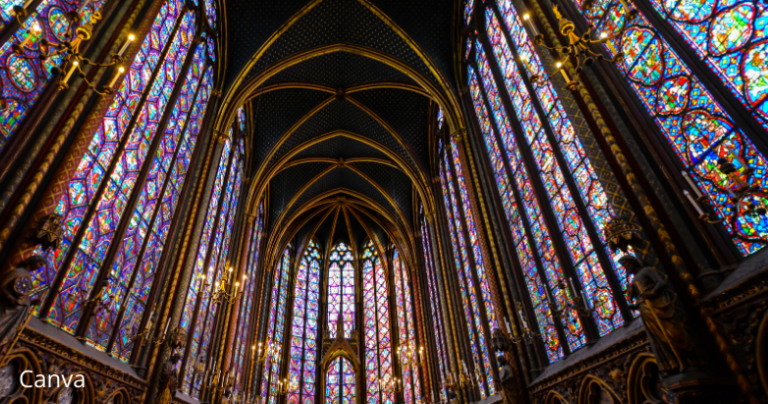 Evangelical
What is the Church?
Determinetruth
TRENDING AT PATHEOS Evangelical

Shower the PEOPLE with Love
https://www.youtube.com/watch?v=VmRwsKTJJo8 Here's one of my favorites from my home boy from Chapel...
view all Evangelical blogs
Copyright 2008-2021, Patheos. All rights reserved.