I have just started trawling through some old essays for tips for a potential project on faith and embodiment. One theme that is constantly jumping out is the body operating as a kind of doorway, the tactile yet liminal border between the physical and the metaphysical, the temporal and the eternal (I have written on the subject of liminality here).

In art and philosophy, the body continues to be a constant theme of interest, not in and of itself, but as a reference point for the exploration of the things eternal. Leonardo Da Vinci’s Vitruvian Man and Salvador Dali’s Corpus Hypercubus are just a couple of artistic examples in which the movement is made from the nobbly, fleshly world of corporeality, to the conceptual purity – an eternality for the Greeks – of geometry and mathematics.

Meanwhile in the world of philosophy, we have Emmanuel Mounier’s passage from his 1950 essay Personalism, in which he establishes the vital link between the universal of being on the one hand and the particularity of his body on the other. Furthermore, Mounier gives us this striking line

By the solicitation of the [body’s] senses it pushes me out into space, by growing old it acquaints me with duration and by its death it confronts me with eternity.

In a similar vein, Graham Ward alerts us in his Christ and Culture to the distinction between two German conceptions of the body. On the one hand, there is Körper to denote the biological reality of the body, a body that merely exists; on the other hand, there is Leib, which denotes not only a biological body, but one where the soul is intermingled with flesh and bone, a body that truly lives. The living of the biological body, therefore, pulls into the muscle and sinew the eternal realm where the soul is located.

From the standpoint of art, philosophy and theology, the body comes to us as an opening reality, where the body is a doorway that points us to eternal things. Yet at the same time, we see in the world of policy and commerce attempts to treat the body like an enclosed entity – what Ward calls “the body as mere flesh” – an entity that can be measured, controlled, managed, transported, bought and sold.

This post will act more as a deposit of resources for further development at a later stage. Watch this space. 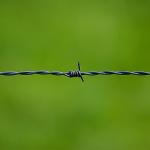 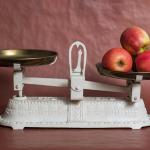 October 20, 2017 The Heft of Heaven
Recent Comments
0 | Leave a Comment
Browse Our Archives
get the latest from
Catholic
Sign up for our newsletter
POPULAR AT PATHEOS Catholic
1

I Have Decided to Believe In...
Steel Magnificat
Related posts from The Divine Wedgie