JW Thompson’s WPP unit in India had created some cartoonish drawings as part of a creative exercise.  These drawings showed women tied up in the back of a car.  It has drawn up such uproar that not only has the agency apologized, but also fired the employees responsible for them. 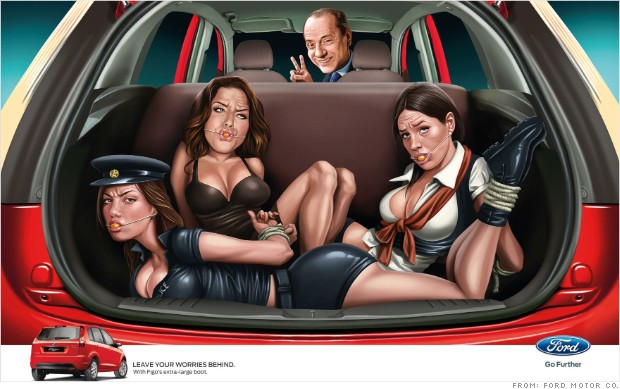 It is interesting these drawings were never shown to the top executives of the ad firm, nor chosen for the campaign.  They probably got leaked and created the negativity around it.

Yes, they are distasteful, and keeping with the sensitivity around the Gang rape issue in India, quite inappropriate.  But the creative folks are known to play with inappropriate subjects all the time.  MF Hussain has done ample paintings which were highly inappropriate, but were passed off as “Freedom of Expression” things.

One is not denying the distasteful way these creatives were done.. but when the agency had the good sense to dump it in favor of something better, there is no reason to get over sensitive about the episode!

I think the Indian public sensitivity barometer will create a lot of ugly scenarios in the future.  People have become so touchy and Politically Correct, that talking naturally may soon become a thing of the past.