Karma, the Stimulus-Reaction Memory structures and Nirvana from this bondage

Karma, the Stimulus-Reaction Memory structures and Nirvana from this bondage February 5, 2015 Desh Kapoor

Karma and its impact has been thoroughly misunderstood in the world generally and by Hindus themselves specifically.  It has been reduced to a buzzword today.  And equated with “What you sow, so shall you reap”.  Karma is not the same as Sow-and-Reap business.  It is quite something else.

At its foundation, Karma is predicated on memory.  For every situation our and our forefathers’ stimulus and reaction thereto have been recorded – part in our “Karmic Mind” and part in our DNA.  The composite of these memories is what we live by.  My Paternal Grandfather’s fears, my Maternal Grandmother’s strength, my Father’s likes and my Mother’s  reaction to change have been passed onto me unbeknownst.  When certain stimulus happens, I, whether it is to my liking or not, mostly in unawareness, I react to a situation.  I am bound by my Karmic debt.  My – which includes both my previous births and my ancestors, all the way to the smallest amoeba and the star-dust!  This bondage of stimulus and reaction is known as the Karmic Bondage.  This is what is aimed to be broken when one wants to attain Nirvana or Moksha – i.e.; Liberation.

Karma literally means action. We are referring to past action. From the moment you were born till this moment, the kind of family, the kind of home, the kind of friends, the things that you did and did not do, all these things are influencing you. Every thought, emotion and action comes only from past impressions that you have had within you. They decide who you are right now. The very way you think, feel and understand life is just the way you have assimilated inputs. We call this karma.

So essentially, there are two parts to your entire “Memory Baggage” (or Karmic Structure).  Your Own Baggage of Previous Births and Baggage of Ancestry.  So you are living the Stimulus-Reaction data points that were actioned upon by your forefathers.  That sounds ridiculous and interesting at the same time!  Now, let us for a moment assume that this is correct.  We will come to its scientific veracity or otherwise in a bit.  If, therefore, your Stimulus-Reaction structure is predicated upon what your forefathers lived, then is it possible that if there was an intervention done in that structure itself – as an energy memory – then it works well in you and the coming generations as well?

Apparently, Hindus believed it indeed can.  Life and our physicality is an energy phenomenon.  At the most subtle (sub-atomic level), there is no matter.  So, like Quanta and Photon, life has been understood to be a play between Matter and Energy, where changes in Energy phenomenon effect changes on the material level.  (Read Eternal Illusion and How Observer Creates His Own Reality and Creation is a Vibration).  If the memories – of an individual being and his ancestry’s baggage – can be altered in the energy form, then one can be that much “freer” or liberated from the bondage of living a “scripted life”.

But can an “Energy Intervention” be done and changes made to physical reality?  Stanford University’s scientist William Tiller shows indeed it can be.  His experiments with “Intention Devices” (Read Intention, Consciousness and New Science and also see a Youtube video where William Tiller explains the phenomenon) has now proven that storage of Intention energy and its impact over space and time (using Intention Devices from US in Europe or Seeing the impact within a Year) is an empirical reality!!

Here we are – given these two things: 1) Life and physical reality is an energy phenomenon and 2) Energy Interventions – even via Stored Energy over time and space – can impact our Energy and Physical structure. – where do we go from here?

Hindus came up with an ingenious solution.  Temples!  Yes.  Temples were not some prayer mechanism, but a way to make Energy Intervention with special structures – Idols and Lingams – created and consecrated via highly sophisticated and complex ways.  Sadhguru talks about this science in this way.

There is a whole science of idol-making where a certain form is created with a particular material and energized in a certain way. Different idols are made in different ways where they relocate or rearrange the chakras in certain places to make them into completely different possibilities. Idol-making is that science through which you manifest the energy in a particular way so that your quality of life can be enhanced.

He further talks about the method of consecration thus:

This is about the general temples, which have a way to impact human beings in general.  They have been consecrated in a certain way that will enhance people’s well-being and vibrance.

But the specialized knowledge of Karma (as a Memory storage of a Being’s previous births and of his ancestors) + Life is an Energy phenomenon + Energy intervention can alter the physical and energy structures – was used in another way which was indeed nothing short of genius!  This was the Science of creating the KulaDaivam – or the Kula God, the Clan Deity in a very rudimentary translation.  What did this do and how was this done.  Again, let us go back to Sadhguru to understand this.

Today, scientists can dig up one little bone of someone who died a hundred years ago, take it to the laboratory, check that DNA and compare it with your DNA and say, “This was your grandfather.” You can do this even for someone who died ten thousand years ago. Science gives you this access. Similarly, for thousands of years, people maintained the genetic track in their own way – never mixing it up or doing anything which will disturb the track – so that their progeny come out well. Not only that, you can create a certain energy which travels through the track. Everybody in your kula (clan) need not go to the temple. You go and do the process and everyone benefits because everyone in that kula is connected.

The whole science of creating Family Deities – via specialized consecration techniques – in Family / Clan Temples – was to fight the scourge of Karmic Bondage that was brought upon by Ancestry!

Scientific Study: How Stimulus-Reaction structures are passed between generations

A new study in the magazine Nature (read the study here) has generated a lot of buzz.  The passing down of the heritable traits in the study has been an interesting conclusion.  A brief summary:

Studying the biological basis for those effects in humans would be difficult. So Ressler and his colleague Brian Dias opted to study epigenetic inheritance in laboratory mice trained to fear the smell of acetophenone, a chemical the scent of which has been compared to those of cherries and almonds. He and Dias wafted the scent around a small chamber, while giving small electric shocks to male mice. The animals eventually learned to associate the scent with pain, shuddering in the presence of acetophenone even without a shock.

This reaction was passed on to their pups, Dias and Ressler report today in Nature Neuroscience. Despite never having encountered acetophenone in their lives, the offspring exhibited increased sensitivity when introduced to its smell, shuddering more markedly in its presence compared with the descendants of mice that had been conditioned to be startled by a different smell or that had gone through no such conditioning. A third generation of mice — the ‘grandchildren’ — also inherited this reaction, as did mice conceived through in vitro fertilization with sperm from males sensitized to acetophenone. Similar experiments showed that the response can also be transmitted down from the mother.

Such phenomenon have been observed, though not scientifically and empirically verified, in humans as well.  The article explains –

Yet some studies have hinted that environmental factors can influence biology more rapidly through ‘epigenetic’ modifications, which alter the expression of genes, but not their actual nucleotide sequence. For instance, children who were conceived during a harsh wartime famine in the Netherlands in the 1940s are at increased risk of diabetes, heart disease and other conditions — possibly because of epigenetic alterations to genes involved in these diseases. Yet although epigenetic modifications are known to be important for processes such as development and the inactivation of one copy of the X-chromsome in females, their role in the inheritance of behaviour is still controversial.

This study is far from conclusive evidence that traits of fear and reactions to stimulii can be passed between generations in humans as well.  However, the observable phenomenons and the rigor of the study in mice – and that experiments in mice closely mirror the effects in humans – does point to the direction that such a thing is happening under the sheet of physical world.

Given the interesting confluence of disparate scientific experiments suggesting that we indeed carry the Stimulus-Reaction baggage and that our physical structures can be impacted by Stored Energy Phenomenon – we can better understand how Hindus have viewed Karma – the memory of previous lives and ancestry – as a bondage.  After all, if someone was making me do something against my conscious will by enslaving me, that is terrible enough!  Here my forefathers are making me do something that I, perhaps in my conscious will – may not want to do.  Say, fear change… or get angry at certain stimulii.  But because the Stimulus-Reaction Baggage that has been passed on from generations, I am unable to shake away the shackles of my ancestry!  That is the highest form of slavery.  And it comes from my very own.

Liberation, Nirvana and Moksha, are considered to be breaking away from this very bondage and slavery.  What we do in our lives is a further accentuating of the same phenomenon.  Just that we are doing it to ourselves.  But the dice is already stacked against us through centuries and many a millenia!  But Hindus did find a way out of all this via specialized Energy Interventions. 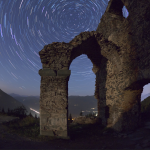 February 5, 2015
Surya Sidhant and its measure of history: Restoring its claim of accuracy
Next Post 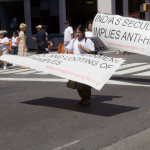