Delhi Elections: Is Self Righteous Anti-Hindu Bigotry the new normal for Indian Secularism?

On December 6, 2010, a book titled “26/11 : RSS ki Sazish” (26/11: Conspiracy by RSS) written by Aziz Burney, who is the Editor-in-Chief of Urdu Sahara newspaper was released by Congress General Secreatary Digvijay Singh on in Delhi.  The book is about the attack by Pakistani terrorists on Mumbai which went on for 3 days – from November 26, 2008 to November 29th, 2008 – killing 164 people and wounding at least 308.  Targets were specifically picked up by the terrorists for maximum psychological impact and damage to certain communities.  For example, Leopold cafe, a place frequented by Westerners was attacked.  So was the Nariman House Jewish community centre! Within hours, the conversations between the terrorists and their Pakistani handlers were intercepted and recorded.  One of the terrorist – Ajmal Kasab – was caught alive thanks to the courage of a police constable.  He revealed the details of his handlers – including Hafeez Saeed in Pakistan.  Despite the various loony extremist and fringe elements in Pakistani media making it a “conspiracy of the Hindu zionists (sic) – Pakistani Government and the top media group Dawn admitted that Ajmal Kasab indeed a Pakistani.  Not just that, Dawn TV went on to show how all the terrorists apart from Kasab – who were killed – were from Pakistan.  In fact the particular villages and towns to which they belonged were also revealed!

Ajmal Kasab[17] disclosed that the attackers were members of Lashkar-e-Taiba,[18] among others.[19] The Government of India said that the attackers came from Pakistan, and their controllers were in Pakistan.[20] On 7 January 2009,[21] Pakistan’s Information Minister Sherry Rehman officially accepted Ajmal Kasab’s nationality as Pakistani.[22] On 12 February 2009, Pakistan’s Interior Minister Rehman Malik asserted that parts of the attack had been planned in Pakistan.[23] (Source: Wikipedia)

It is therefore indeed interesting that the General Secretary of Congress – a title within Indian National Congress which is at the highest level – was not just acquiescing to the conspiracy theory of the extremist Islamic loony fringe of Pakistan, but fully backing it up in an official capacity!  The salient points made in the book are:

If one looks at the above points, one realizes that this was unabashedly a Hate Campaign against the Hindu community and the Opposition Party of that time – Bhartiya Janata Party (BJP) as well as its associates – that was attempted by the author and the Congress General Secretary.  By equating Hinduism in totality with RSS and BJP, and attacking Hinduism, and by association implicating BJP, Congress was running a whole religious community down! Given the vitriolic against the Hindus while cloaking the basic and inherent narrative as an attack on a political opposition party (clearly to argue plausible deniability) one wonders – Is Anti-Hindu Bigotry in India being sold in the cloak of Political opposition?  For, the inherent hatred against the common “culprits” – i.e.; Hindus, Jews and Americans – in the Islamic Terrorist Narrative across the world is too well known by now.  As is the instrument of Conspiracy Theories.  By juxtaposing the Big Three – Idolaters (Hindus in plain English), Jews and Americans – Islamic Extremists the world over instantly assign a Victimhood status to themselves and therefore, any act of terror is henceforth justified. So, in the process of recruiting and training and justifying the Islamic Terror, two ingredients are paramount – Demonizing the “Big Three” and Self-assignment of Victimhood.  Conspiracy theories achieve both.  Congress did all of them and escaped the media wrath unscathed – without any explanation or questioning!  Such is egregious levels of media double standards! Alarmingly, the very people in India who forward the Islamic Extremist and Terror Narrative are considered “Secular”.  In fact, not only do they get the certificate of Secularism – but with that comes an unlimited right to express outrage at anything that is related to Hinduism – customs, Priests, rituals, Scriptures, language (Sanskrit), and Gurus or Teachers – in a way that really is structured to denounce Hinduism by association. A critical question that one needs to ask and ponder upon given the above episode and the continued free pass given to Digvijay Singh, the Congress General Secretary and the Party itself

In the recent Delhi elections, the Aam Aadmi Party (AAP) was pitted against the incumbent BJP.  While AAP seeked the blessing and a special Fatwa by the main Mullah of the influential Jama Masjid mosque to vote for them, it was considered a communal act if any Guru with a large following even expressed any level of agreement with the ruling party.  None of the Gurus asked their supporters to vote for any party mind you.. unlike the Mullah of the Grand Jama MAsjid mosque.  But the Fatwa was somehow a “Secular” act in the increasing hypocritical political debate and landscape of India. What seemed like clear double standards and bastardization of the whole concept of Secularism prior to the Delhi Elections, became even more outrageously bigoted when AAP one.  This small representation of the election results has become common sight on many AAP supporters and self-appointed Secular people on Social Media. 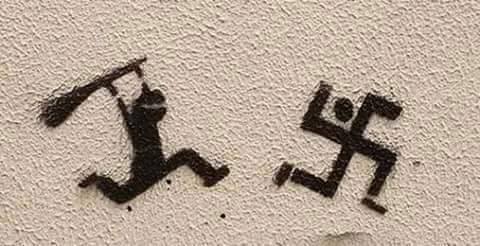 Intelligent cartooning skills of the artist are more than well matched by his/her unridled Anti-Hindu bigotry! Here is why:

What one fails to understand is – When did political hatred for your opponent party become a good excuse to mock a religious symbol of the Hindus? 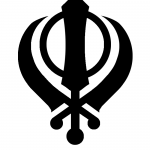 It gets more interesting because one of the partner parties of BJP also fielded candidates in Delhi – who incidentally lost.  That party is an avowedly Sikh party – the Akali Dal, unlike BJP, which has explicitly declared itself a National party working for all and having Muslims in important posts.  So the obvious question is – how come the Sikh symbol of Kanda was left out of those being chased out?  If one wants – turning the kanda around, and using it creatively – one can have a Sikh being chased out as well. The obvious question given the three issues with the use of Swatika (and Swastika alone!) is – was the Delhi Elections an elections against the Hindus?  Because the celebratory illustrations – so righteously shared by many on social media – does suggest so! Or Is Self Righteous Anti-Hindu Bigotry the new normal for Indian Secularism?   Featured Image Source: Flickr 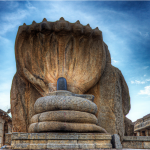 February 5, 2015
Karma, the Stimulus-Reaction Memory structures and Nirvana from this bondage
Next Post 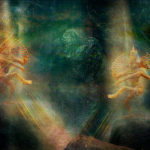 February 17, 2015 Mahashivaratri: The Night when Yoga happened to the First Yogi
Recent Comments
0 | Leave a Comment
Browse Our Archives
get the latest from
Hindu
Sign up for our newsletter
POPULAR AT PATHEOS Hindu
1