Holi is to Surf with the Existence, NOT a “Victory of Good over Evil”!

Holi is to Surf with the Existence, NOT a “Victory of Good over Evil”! March 5, 2015 Desh Kapoor

The story of Holi goes that there was a demon King Hiranyakashipu, who hated his son, Prahalad for worshipping God Vishnu. He had a sister, Holika who had a boon that she can never be burnt. To kill Prahalad the king had him sit in Holika’s lap to kill him. Strangely, Holika burnt and Prahalad came out alive.

According to Bhagavat purana,[1][2][3] there was a king named Hiranyakashipu who, like a lot of demons and Asuras, had the intense desire to be immortal. To fulfill this desire he performed the required Tapas (penance) until he was granted a boon by Brahma. Since the God’s do not usually grant the boon of immortality, he used his guile and cunning to get a boon which he thought made him immortal. The boon gave Hiranyakashyapu five special powers: he could be killed by neither a human being nor an animal, neither indoors nor outdoors, neither at day nor at night, neither by astra (weapons that are launched) nor by any shastra (weapons that are hand held), and neither on land nor in water or air. As this wish was granted, Hiranyakashyapu felt he was invincible, which made him arrogant. Hiranyakashyapu decreed that only he be worshiped as a God, punished and killed anyone who did not accept his orders. His son Prahlad disagreed with his father, and refused to worship his father as a god. He continued believing and worshipping Lord Vishnu.

This made Hiranyakashipu very angry and he made various attempts to kill Prahlad. During a particular attempt on Prahlad’s life, King Hiranyakashyapu called upon his sister Holika for help. Holika had a special cloak garment that prevented her from being harmed by fire. Hiranyakashyapu asked her to sit on a bonfire with Prahlad, by tricking the boy to sit on her lap. However, as the fire roared, the garment flew from Holika and covered Prahlad. Holika burnt to death, Prahlad came out unharmed.[1][2]

This story is interesting but it does not explain anything much. For simplicity, the believing Hindus have taken very moralistic stand to say that this signifies the triumph of “Good over Evil”. We often forget, however, that stories in Hindu scriptures are mostly dialectic because they convey things to people who have reached a certain level of spiritual awakening. On their own, the stories sometimes mean nothing. More importantly, Hindu scriptures and Spiritual paths are not obsessed with Good or Evil. The “Gods” described in the books certainly weren’t. If they were – even as the story – Brahma would have never given a boon to a demon!

However, one who is not Vishnu does not derive any benefit by worshipping Vishnu. One should worship Vishnu by being Vishnu. Hence, I am Vishnu. He who is known as Prahalad is none other than Vishnu; there is no duality. (Page 236, Part V, “The Story of Prahalad”)

Those who depend on devices to gain ascendancy over nature can succeed sometimes. They can circumvent what is natural sometimes, but they cannot come to terms and swim with the current of the Universal Consciousness. For normal human beings, a 100ft Ocean Wave spells a sure disaster. Even for large ships. But for Brazilian Carlos Burle, it was a fun experience! He rode a monster wave – created by the St Jude storm – at Praia do Norte, near the fishing village of Nazare, off the coast of Portugal! How does a large ship not survive a 100 ft wave, but a small human being ride on it for fun?

When you are in sync and One with the Universal Consciousness, then your living and existence is in flow with everything. Then fire, water, and other things do not impact you. You are them!

And, THAT, is the lesson of Holi! Osho also reiterated this thing clearly –

Look at nature: there is Existence enjoying Holi every day, and celebrating Diwali daily. In nature the colors flow afresh every day, new flowers open each morning. Even before the old leaves fall, the new buds are bursting out and the new shoots are springing up. The festival does not stop even for a moment — it is non-stop, every moment is Diwali. Such will be the life of a religious person. He will be festive each moment — he is grateful that he is. His every breath is an expression of gratitude and benediction. (source)

Holi is an experience of living in harmony with the existence. It is being in the Spirit of existence itself. When you are One with the existence, nothing harms you. That is the Central message of this amazing festival of Holi.

The New trends of Festival of Holi

When the Europeans came in touch with the vibrance, colors, and energy of Holi, they erupted in a new way. Over the last 3 years, Holi has become a giant celebration in many cities of Europe! This is what their website says:

In 2012 the Holi Festival Of Colours mesmerised the people in Berlin, Dresden, Hannover and Munich. A never before seen collective feeling of euphoria and togetherness spread as a colourful cloud across Germany in the summer of 2012.

It all started on the 29th of June: a large number of people came together in Berlin for the first ever Holi Festival Of Colours in Europe and helped create an indescribable atmosphere on an unforgetable day.

The Facebook community began to grow, the media interest was enormous and the spirit of the Festival was carried through Germany.
Berlin could not be the last stop. So on August 26th and September 1st and 9th colourful people gathered in Dresden, Hannover and Munich. The Events with up to 11,000 guests were sold out in a short period of time – starting from 6 minutes up to a couple of hours.
„It is amazing …“

This is how the Holi Festival of Colours established itself in the festival scene and marks the origin of the colour festivals in Germany and Europe.
This was in large parts due to the professional and conscientious planning and organisation. Of course we attach great importance to the quality of the colours we use. They have to be tolerable to skin, eyes and lungs, and be harmless to the environment.

Check out their website – Holifestival. Here is one such celebration of Holi

Vrindavan: The Ground Zero of Holi

In India, Holi has been associated with Krishna and Radha. And they both played Holi in Vrindavan. So, for Hindus the “Ground Zero” for Holi is Vrindavan! Of course, the Holi is played with traditional colors, but it is also played with flowers and rose petals. Here are a few pictures.

March 4, 2015
Why do Hindus do Idol Worship? A Scientific and Spiritual exploration
Next Post 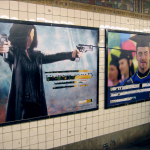 March 8, 2015 India's Daughter: Ok, We are Outraged, Indian Men are Devils Incarnate with Medieval Mindset... now WHAT?!!
Recent Comments
10 Comments | Leave a Comment
Browse Our Archives
get the latest from
Hindu
Sign up for our newsletter
POPULAR AT PATHEOS Hindu
1

What We're Up Against
The White Hindu
Related posts from Drishtikone

Hindu
Why do Hindus do Idol Worship? A Scientific...
Drishtikone
TRENDING AT PATHEOS Hindu