Why do Hindus do Idol Worship? A Scientific and Spiritual exploration

Idols in the Hindu temples are not toys or statues. They are physical bodies which have been energized to vibrate in a certain way such that they impact everything around them. The entire concept and the science behind the idols and their handling is given under Agama Shastra, a tantric scientific methodology that has been perfected over many millenia. The idol as indeed the entire temple becomes a vibrating body that can impact any person that is in the vicinity of the temple. This practice of energizing idols was traditionally known as “Prana Prathishta“, literally meaning Establishment of the Life force in the idol. In English, although not completely consistent, we could use the word consecration for it.

Fellow to the American Academy for the Advancement of Science, Professor Emeritus William A. Tiller, of Stanford University’s Department of Materials Science, spent 34 years in academia after 9 years as an advisory physicist with the Westinghouse Research Laboratories.

In his over 40 years of work, along with traditional science, Dr. Tiller has also worked in areas which some may term as esoteric, albeit using the normal scientific rigor! One of his research areas has been what he calls as psychoenergetics. This revolves around “Intention Host devices”.

For the past 35 to 40 years, in parallel with my traditional science research and teaching at Stanford University, I have been seriously investigating the effects of human intention on both the properties of materials (inorganic and organic; non-living and living) and on what we call physical reality.

From this research, I and my colleagues have discovered that it is possible to make a significant change in the properties of a material substance by consciously holding a clear intention to do so. For example, we have repeatedly been able to change the acid/alkaline balance (pH) in a vessel of water either up or down, without adding chemicals to the water, by creating an intention to do so.

For his experiments, he has carried out experiments with highly trained Tibettan monks, and found that their intentions can ‘condition’ space in a machine on an atomic level (subatomic technically). For more details, please watch his videos introducing his Intention Host Device (Video 1A, 1B, II, III).

The Hindu temples are made to the strictest dimensions and rules as per Agama Shastras. They are scriptures in Tamil and Sanskrit scriptures which detail out methods of temple construction, idol creation, philosophical doctrines and meditative practices. Some of these practices are considered pre-Vedic and some post-Vedic.

While the Agama are many in number, each of them consists of four parts: Kriya Pada, Charya Pada, Yoga Pada and Jnana Pada. While Kriya Pada expounds more tangible rules– rules of construction, sculpting, carving consecration of Idols etc. the Jnana Pada deals with something more lofty, the philosophy and spirituality of temple worship.

Temples and places of worship cannot be built arbitrarily or on the strength of some local notion, for everything is laid down categorically in the Agama shastra. For example, for a pilgrimage the three essentials are Sthala, Tirtha and Murthy, where the Sthala refers to the place of the temple, the Tirtha signifies the temple tank and Murthy stands for the idol. There are rules in the Agama Shastra for just about every aspect, including the smallest detail, from the positioning of the holy figurine to the materials from which the temple is to be constructed.

Unlike the Vedic guidelines, that focus more on Havan Building, Agama Shastra dwells at length on idols and figurines of the deities. It dwells in such detail that it is in places almost like a scientific blue print for temple making.

From the size, to the mudra of the idol, to the Mantras used and even the size and dimensions of the outer wall and the that of the sanctum sanctorum are all detailed out. When such a rigor is followed, then it is possible to energize the idols to vibrate in a certain way. This has been the reason to use idols in a temple. Something that was a scriptural and Yogic science, has today also been approached and empirically tested in science labs of Stanford and other Universities in US and Europe!

So is Hindu’s idol his God or not?

The answer needs to be properly understood. In the Hindu tradition, God has been largely absent in traditional sense. For example, two of the major Hindu philosophies – Samkhya and Advaita – are primarily atheistic! Samkhya calls this existence to be a play between Purush and Prakriti. Which essentially means “Masculine” and “Feminine” energies. Or “Yin-Yang” as they are known in Far East. There is no Parmatama or God. In Advaita on the other hand, which is a non-dualistic school, there is no two. Only one indivisible existence in terms of Universal Consciousness!

In such a tradition, what is God then? The concept of God as described by Krishna in Bhagwad Gita’s 9th and 10th chapters is central to the Hindu tradition per the scriptures as well. When asked by Arjun “Who are you?”, Krishna points to discrete things – from mountains to Vedas to music, to emotions, the good things and bad, and equates himself with all of them. Once he has discussed a fairly vast expanse of discrete things, he declares “I am All”!

In mathematical terms, Krishna was describing Himself as the “Infinite curve” with several discrete points, such that every discrete point describes the curve completely! In Spiritual terms, if everything is ONE Universal Consciousness, then how can one distinguish between point A and point B? In that state, there is no distinction of Space and Time. If that is so, then at the gross level, no matter what you look at, it describes the Divine completely.

Again, this concept of the Hindus has been proven to be in alignment to the distinction between Quantum world and the Physical world. Even though every molecule is distinct with its own properties, at the sub atomic level, it is one wave! Somewhere, the wave gives way to the material reality as one goes from subtle to the gross.

In this vast expanse of One Indivisible Universal Consciousness, everything conceivable is a manifestation of that same One showing up at the gross level as matter. That is why, even though Sanskrit term for Creation is Kriti, the Hindus never used it to describe this Existence. Instead they used the term Srishti! Srishti comes from the word Srijan. Srijan is the growing of a tree from a seed. Tree is the manifest form and seed the unmanifest.

So, to a Hindu devotee, it doesn’t matter whether it is a tree, a rock, a piece of metal or a cow – everything is but a manifestation of the One Universal Consciousness – or his Divine! On the infinite curve of the Divine, every discrete point describes and manifests the Divine completely.

Is a Hindu’s idol God? Scientifically and Spiritually it is a resounding YES! At a more mundane level, that idol has been consecrated or energized to bring well being to him. It is therefore a complete system of Spiritual and Social growth, something that those who denounce Idol Worship have never been able to comprehend. Both Spiritually and Scientifically they have made a fool of themselves! 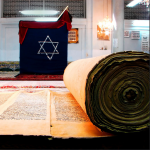 March 3, 2015
Netanyahu's Horrible Mistake on Iran and History of Proliferation via China and Pakistan
Next Post 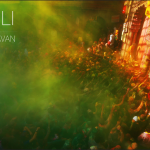 Hindu
Why does Republicans' Outrage on the Pope Reminds...
Drishtikone
TRENDING AT PATHEOS Hindu