No, Ariana Grande, God is NOT a Woman

I couldn’t help finding out about it. After all, #GodIsAWoman was a trending hashtag on twitter. I decided to find out what this was all about and discovered it is a new song by pop singer Ariana Grande. Supposedly she has a lot of fans, but I’ll admit I’m not familiar with any of her music. And, like I did when I dared say “wow” in response to the vulgar lyrics heard in one of Beyonce’s new songs a couple of years ago, I fully expect to be blasted for questioning someone who has been placed on an idolatrous pedestal. But Grande has taken heresy to a new level with her song about supposed female empowerment and sexuality.

When you google this song title, the articles that pop up about it are astounding.

No. It’s really not. While women do need to be empowered, it does not have to come through a heretical song about sex.

Wrong again. I mean, maybe in the alternative universe of fake science and fake news, but back on planet earth Grande has simply further demonstrated how sex obsessed people are.

Ariana Grande is Divine in New ‘God is a Woman’ Video

I see what you did there, but still no. Grande is not divine, and God is not a woman.

And yet. People have made all kinds of things into gods. (Notice the little “g” here.) Grande may be a god to some. Sex is a god to lots of people. But the one true God is not a woman. He is our Heavenly Father and creator of the universe. He created women not to be worshipped, but to worship. He created sex not to be distorted and idolized, but to be enjoyed in a covenant marriage between a man and a woman. The sad truth is that many people so poorly understand Him that they make God into something or someone of their own choosing. And while we can’t expect non-Christians to understand (and should be sharing the gospel with them so that they can undestand), we can certainly choose not to participate in the worldly misrepresentation of God. And, yes, Ariana Grande fans, this means not listening to this song (orwatching the music video). I pray it is not appealing to any of our eyes or ears anyway. 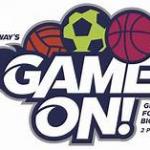 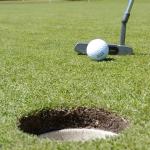