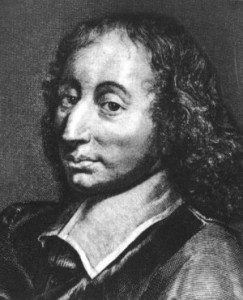 Yesterday I wound up the last obligations of my fall courses. This included grading a handful of papers I couldn’t finish before the holidays. Many of these papers were from the Spiritual Formation class I teach—galloping through scripture and speed-dating with historical figures who have so brilliantly pointed the way for us. There they are, ahead on the road, at the turn in the distance, seeing something we cannot yet see but exclaiming to us wonders nearly inexpressible. Many of them, and thus many of my students, reflected on the theme of pilgrimage as a metaphor for the years we have here on earth. Here we are—embedded in this created order—and yet, simultaneously, “aliens and strangers in the world” (1 Pet. 2.11).

Sometimes the embeddedness has the upper hand, making me sleepy and satiated; sometimes the alienation colors everything, and the urgency of desire is nearly desperate. December’s good cheer seems to put me in a stupor; January, so cold and dark, is full of restlessness. And thus we wander, sometimes rushing forward and sometimes mindlessly trekking back over our own dusty steps.

Over the years of my own pilgrimage, I have been led from cairn to cairn along the way. We all are, we who have such a Good Shepherd. He doesn’t seem too concerned about linear progress, at least not with me; we don’t make our way up the mountain. I seem to wander a lot in a landscape without many landmarks, like an endless midwestern plain, great with sky and horizon but not much else. He takes me from shrine to shrine, from altar to altar, bidding me listen to voices, some crusty, some soothing; bask in light, sometimes glimmering, sometimes glaring; cherish fragments of truth; and then on we go. From C.S. Lewis to Bernard of Clairvaux to John of the Cross; from Thérèse of Lisieux to George MacDonald; from Martin Luther to Blaise Pascal to Julian of Norwich.

As we enter this new year of Our Lord, I am revisiting one of the cairns, that of Pascal, and thought I’d spend some time reflecting on this curious voice in the wilderness. Another series, perhaps not as long as our study of Trinitarian spirituality, but a prolonged meditation nonetheless.

Pascal is perennially popular—at least at the soundbite level. He gets high philosophical marks for the profile of his Wager; those with a scientific bent admire his contributions to mathematics; others know him only as a computer programming language. The vast offsite storage facility for the University of Colorado—where they house all kinds of materials that very few might find interesting—is called Pascal. I found that ironic during the days I spent holed up there researching an odd little assortment of people at the end of the 19th century who called themselves neo-Pascalians, or, Pascalisants.

Now I think I am one. A neo-Pascalian, that is. Maybe you might become one too.