Honesty or Heroism? (Friends of God 4)

When we think of the Middle Ages, and we try to imagine the ordeals people faced, it’s our modern tendency to look for heroes. We love heroes. Who in the 14th century was doing something about all that mess? That deep-seated desire to set things right—by the sword, mainly—must, in part, be behind movies like Robin Hood: Prince of Thieves. Morgan Freeman was a hero! Or Braveheart – that world back then needed a good army full of William Wallaces.

Here’s a picture of what you might imagine to be a 14th-century hero: 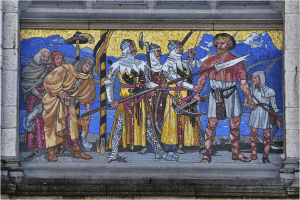 In fact, that is a 14th-century hero – William Tell, Swiss patriot. Hero of liberation, champion of resistance, still remembered for his I-can-shoot-this-apple-off-my-son’s-head-without-blinking-an-eye-and-with-my-second-arrow-I-will-shoot-you-in-the-eye fame.

Evelyn Underhill’s language in last week’s post talks about “heroic attempts.” But when we look closely at the Friends of God, we will see no heroes as we understand them. The Friends of God did not save the world. They did not stop the plague, end the wars, rescue damsels in distress, or slay dragons. They did not shoot arrows or swing swords or whistle spears through the air.

Even more pertinently, they did not fix the church, bring justice to the royal courts, or liberate the enslaved. They are virtual unknowns unless you’re lucky enough to take a church history course. 😉

It is not their strengths and accomplishments for which they are remembered. They did small things, quiet things, seemingly forgotten things. Their efforts to recover the atmosphere of God, to reintroduce their neighbors and compatriots to the order of the love of God, were notable only because they were so uncommon in a world of encroaching gloom. They stand out to us like the smallest bit of glitter blown into a dark corner that catches the light of the sun.

The Friends of God were men and women of Christian faith, so their core doctrines weren’t what differentiated them from their contemporaries. But look at this short list of some of their key tenets. These are the things that defined them as the loosely associated group known as the Friends of God.

The Friends’ convictions, their actions, their writings and words and prayers and efforts retain a power that suggests their work somehow contributed essentially to the preservation of the gospel in a dark time and thus the working out of God’s salvation, both then and now. They, too, wanted to “set things right,” but they seemed amidst the turmoil to recognize that the best way to go about this was counterintuitive to the ideas of heroism. They simply stayed the course, adhering closely to their faith.

Imagine some of these core values expressed today. We may nod our heads at that list, and think, oh, they were just ahead of their time…we believe all that. But really. Come on. Are we committed to self-renunciation? Do we really believe that the Spirit is active in all believers – even those liberals/conservatives/megachurchers/fundamentalists?

The equality of the laity and clergy? The commitment to personal action rather than political? The willingness to embrace diversity in everything except adherence to Christian faith? The deepest longing for intimate union with God? Do we even think about union with God and what that might look like?

Nah. We’d rather register our beliefs via Twitter hashtags, Facebook profile symbols, and public rage. It would, we think, do a lot more good than thinking about, say, friendship with God.

We are in a dark time in many ways. The 21st century seems to be working hard to rob the 20th century of its moniker as the bloodiest century in human history. We go from one day’s headlines to the next, chasing the latest “omg! factor” – from dread stories afar to celebrity deaths that devastate us personally to acts of violence and civil unrest. I publish this on a Friday night. What will the headlines be on Monday morning?

In the next post, I’ll introduce you to one Friend of God and his Green Isle Community.

August 18, 2014 The Green Isle Community (Friends of God 5)
Recent Comments
0 | Leave a Comment
Browse Our Archives
get the latest from
Dry Bones
Sign up for our newsletter
Related posts from Dry Bones 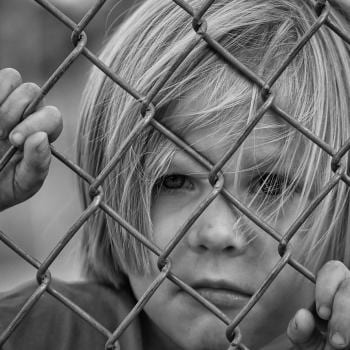 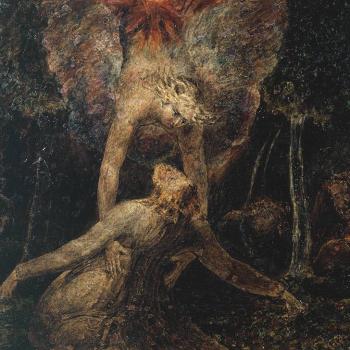