Jesus as an Anglican?: Articles of Religion, the Three Ways, and Scripture 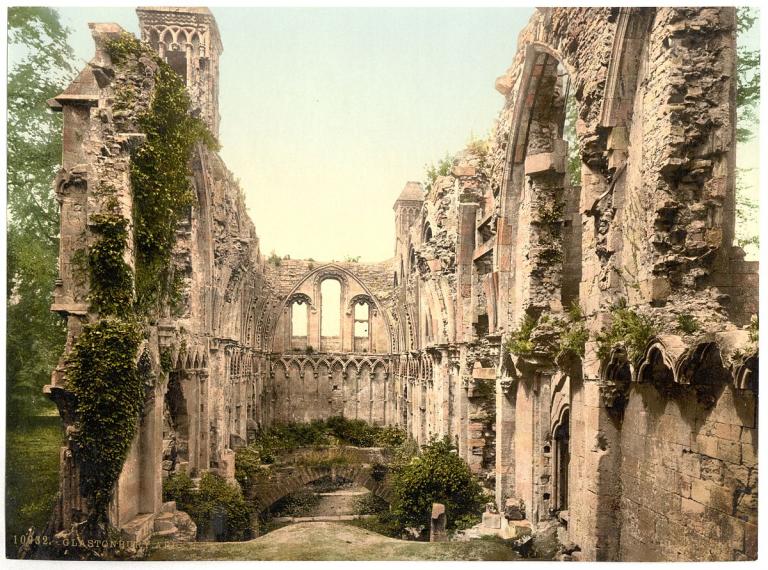 In his exploration of English spirituality, Thornton is not shy about applauding the tradition. He really does say that “sometimes [our Lord] is very English.” (37) (It does make me gurgle just a bit, thinking of a 19th-century Jesus with, oh, say a monocle and a pipe and an Eton collar. Or maybe, since he was working class, a bowler hat, a worn frockcoat, and fingerless gloves.)

Thornton’s appreciation for the English tradition is an honest one. He recognizes as well that it’s messy: “The Church of England presents a complex pattern; it contains laity of greater devotion, discipline, and integrity than any other communion or denomination, and at the other end of the scale it allows a laxity which no other society would tolerate for a moment.” (8) (We can barely tolerate ourselves sometimes.)

Thornton then devotes a chapter to exploring the biblical origins of English spirituality, eager to make clear that whatever traditions developed in the Anglican context were rooted in scripture, not concocted out of a wild Celtic imagination. “Anglicanism is rooted in the Bible, and any attempt to recreate English spirituality must take the 6th Article seriously: it should not insist on ‘whatsoever is not read therein, nor may be proved thereby.’” (33)

[So, an aside on the Articles. You’ll find them cited there at the end of the Book of Common Prayer or here. The Thirty-Nine Articles of Religion. Frankly, many contemporary American Episcopalians snigger when they’re mentioned: “as though anyone really takes them seriously” is the general attitude. I still remember the first time I heard a priest using that tone when speaking of them. Nevertheless, there they are, and Article VI says this: “Of the Sufficiency of the Holy Scriptures for Salvation. Holy Scripture containeth all things necessary to salvation: so that whatsoever is not read therein, nor may be proved thereby, is not to be required of any man, that it should be believed as an article of the Faith, or be thought requisite or necessary to salvation. In the name of the Holy Scripture we do understand those canonical Books of the Old and New Testament, of whose authority was never any doubt in the Church.”]

In referencing the 6th Article, Thornton is insisting that the rest of his reflections on Anglican spirituality are biblical, and of course, if he’s correct, then whatever your perspective on English spirituality, or English history in general, or Anglicanism, there might be something here for you to take home with you.

One of the first things he insists on is the biblical source for The Three Ways. Many refer to these as the Mystic Way, but Thornton insists that this is the way of spiritual life and growth, not just for mystics but for all God’s people. In the language of mysticism, they are known as the Way of Purgation, the Way of Illumination, and the Way of Union.

The soul enters the spiritual life through purgation: mortification of the passions of the flesh. Sounds daunting and super medieval-monastic, but it’s very basic, and genuinely as vital to the life of the “new creation” as any gardening protocol is to drawing life out of the ground. Purgation simply means that we come into the light so that it may be clearly seen that our deeds have been done in God (Jn 3.21). “First of all, it gets free from sin by penance and mortification…” (17). Unless we genuinely repent and work toward amending our lives (“unless a grain of wheat falls into the earth and dies, it remains just a single grain; but if it dies, it bears much fruit,” Jn 12.24), the process of transformation is short-circuited at the beginning.

The soul moves into illumination: growing awareness of God’s presence and a deepening love and knowledge of Jesus Christ. Part of this is head knowledge—studying the scriptures, learning from wise teachers, discerning the power of the Creeds and the doctrines of the Church. Part of this is heart knowledge—exploring the rhythms of discipleship, engaging the challenges and comforts of prayer, and exercising the hard-learned muscle memory of obedience.

The soul reaches unity with God: not fusion or loss of identity, but the fullness of harmony with God, the joyful adoration of God, and the complete agreement with God. The perfect experience of this unity cannot be attained in this life, but it is there, sometimes nearer, sometimes farther, always beckoning.

According to Thornton, these Three Ways correspond to the three commonalities of English Christian spirituality and general Christian spirituality. English spirituality is elementary, progressive, and perfecting. Even more interesting is Thornton’s argument that these Three Ways are in fact the Ways we see humanity historically experiencing growth in the love and knowledge of God. “At least up to the Exile, Israel is shown in the purgative state, during which sin-repentance-struggle-sin is the typical pattern. The Prophets, by definition, are illumined, and the Incarnation consummates the union between God and man.” (34)

He believes this pattern is repeated in individual experience: from an early understanding of the need to seek God’s will and of the call to repentance when disobedience rears its ugly head; to a more mature recognition of God’s claims on life—claims that transcend (not replace) moral codes—and the rhythms that sustain those claims; until we find ourselves more and more lost in wonder, love, and praise.

And yet, all of this is anecdotal, never formulaic. Each of us makes our own pilgrimage, and no one else can absolutely prescribe the steps another can or must take to make progress.  “Discipline and mortification are ever subservient to prayer; circumstances and needs dictate practice.” (37)

Thornton then launches into a brief exploration of the Sermon on the Mount as an “experiment” in spiritual formation. He makes some curious, and compelling, comments that challenge the whole ethical approach to the sermon. We’ll look at them next. 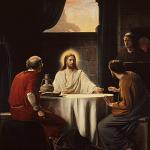 April 3, 2018
The Art of Co-operating with Grace
Next Post 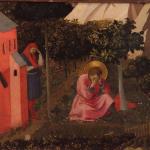 May 21, 2018 Augustine in English Spirituality: Kindled by Grace
Recent Comments
0 | Leave a Comment
"Are u 100% sure Chp 42 already in that website??WR.MAANSHAN.INFO/P9721q"
Threetails The Ruins of Formation
"Now THAT'S chapter 69 for ya ;)NL.2633R.US\A9721nv"
gene303 A Pre-Advent Invitation: Sitting in the ..."
"and claude is also still sleeping :(lr.DAOFI.CASH/Y9721uW"
Gvwyu Jesuitae: Lessons from Ludolph
""
HungryWaffl3 Jesuitae: Lessons from Ludolph
Browse Our Archives
Related posts from Dry Bones