When in Doubt, Blame the Parents: Do Parents Cause ADHD?–UPDATED (AGAIN)

There’s an article circulating from Psychology Today about Why French Kids Don’t have ADHD by Marilyn Wedge, Ph.D. With a few exceptions, the “share” comes with a comment like “Americans always want the quick fix” or “Parents should learn to say no.”  I agree with both of those statements in general. The problem is that neither of them really follow from the evidence presented in the article.

“Is ADHD a biological-neurological disorder? Surprisingly, the answer to this question depends on whether you live in France or in the United States.”

In case you didn’t catch that–the author did not provide an answer. She then goes on to detail the way ADHD is treated in America and in France, with a pretty firm bias on the French method that goes hand in hand with the current fashion for all things French. See also: Why French Women Don’t Get Fat, Bringing up Bebe, and Why the French are Superior to Americans in Every Way.

“To the extent that French clinicians are successful at finding and repairing what has gone awry in the child’s social context, fewer children qualify for the ADHD diagnosis. Moreover, the definition of ADHD is not as broad as in the American system, which, in my view, tends to “pathologize” much of what is normal childhood behavior.”

Wedge admits here that the criteria for diagnosing ADHD is much broader in America, which is an indictment of the current medical practice and the DSM-3 (the system of classification of childhood emotional problems that most American psychiatrists use).

So I’m not sure why she makes the next leap that she does, which is to provide a hyper-generalized picture of the way Americans parent that places blame for the ADHD diagnosis on parental sins ranging from offering their kids snacks to not letting their babies cry it out at night.

I cannot help feeling like this is a case of, “When in doubt, blame the parents,” which is, of course, the easy way out (since the monolithic group of parents-who-do-everything-wrong is beyond the reach of reasonable treatment). It also provides a critical platform for people who are annoyed by children in general, and even more so, by sloppy parenting.

Of course Wedge doesn’t provide solid evidence that sloppy parenting really does cause ADHD– just a few anecdotes about how different cultures parent, and their concurrent rates of ADHD diagnosis (Correlation is not causality).

I understand that the world is under no obligation to make me feel more secure in my parenting choices, but if one has never wandered through the cloud of guilt, worry and self-doubt that comes with recognizing that your child –who is so smart, so talented, so funny, and so lovable–cannot succeed at tasks that seem relatively simple for other children, then general prescriptions for how to solve his problems just don’t help that much and are the intellectual parallel of the illusary parents who are dying to medicate their kids.

The decision to use medicine to treat ADHD is not one most parents take lightly. No one wants to “feminize their boys” or turn their child into a submissive zombie, as the popular narrative goes.

Let’s give parents the benefit of the doubt.

Parental guilt is strong enough when our children don’t have learning or behavioral problems.  But when they do, we feel the eyes anytime our child acts weird in public, we hear the whispers, we sense the rush to put away the breakables because that kid is coming over, and that’s not even touching on the pressures that come in from teachers (“His homework? Yes, I watched him do it, but I have no idea what happened to it between home and school.”).

Perhaps one thing the French really do better than Americans is tolerate “normal childhood behavior.”

And if Doctor Wedge would like to work on reforming the way the medical community diagnoses and treats ADHD in America, I would thoroughly welcome her innovations.

* Elizabeth Scalia appreciates the way French parents set limits for their children. I absolutely agree that the parenting style presented in the article is very good, and one I strive to practice. See here, I am the queen of “no.” My only caveat would be that the ADHD child typically doesn’t respond to these methods, nor any method, for that matter. He’s thinking about something else. Always.

*For those who would like to say “Back in my day, no one had this new fangled ADD,” my response is that if you knew someone who always got in trouble in grade school, flunked out of college, couldn’t keep a job, and keeps asking you for money so that he can self-medicate, you probably knew someone with ADD. The difference between today and yester-year is that there are treatments that may prevent this child from becoming the eternal ne’er-do-well.

Pentimento writes in the comments:

“One of the biggest problems with this assessment is one that neither the writer nor her many apparent admirers have mentioned, which is the stark differences between the French educational system and our own. In America, it is assumed (not always correctly, of course) that every American child is starting out on a level playing field, and that he or she will finish on one. All American children, in theory at least, have legal access to the same educational opportunities. In France, this is not the case. French children are tracked from an early age into either a university-prep or vocational-prep education, based on their performance on certain standardized tests.

In light of this, the %.05 ADHD diagnosis rate should raise flags for us. It’s widely acknowledged that ADHD kids do not perform well on standardized tests unless certain testing accommodations and supports are provided. It’s also well-known that ADHD kids can act up mightily in the classroom, disrupting their own ability to learn. The low rates of French diagnosis very likely have a lot to do with the two-tiered educational system in France and the fact that most “problem” kids will get tracked into vocational ed. It’s a safe bet to assume that these kids get tracked, INSTEAD OF being diagnosed with ADHD.” 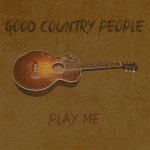 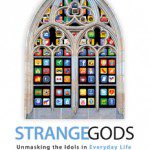 May 20, 2013 Items and Ideas: A Review of Strange Gods by Elizabeth Scalia
Recent Comments
0 | Leave a Comment
Browse Our Archives
Related posts from Betty Duffy 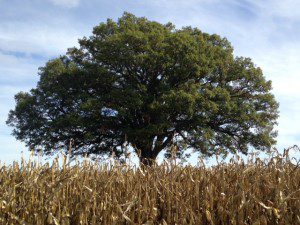 Limbo
It is a question that we all ask at some point. What...
view all Catholic blogs
What Are Your Thoughts?leave a comment