The Problem is Calvinism – Part 3

In the first post in this series, I established a baseline argument – that Calvinism is fundamentally harmful in all five of its tenets. I’ve already looked at Total Depravity and Unconditional Election, so today’s topic is the third point of Calvinism – Limited Atonement.

Even among Calvinists, this point is controversial. A sub-group has attempted to circumnavigate the difficulties it poses by holding to Four Point Calvinism, which has rather conveniently left Limited Atonement behind, but for me, Calvinism relies on all five of its points for its structure. The system of belief created is self-referring, circular in nature, and needs each point to prop up the others, including Limited Atonement, so I will treat it in the same way as the other four points.

Limited Atonement is the belief that Jesus did not in fact die for all, but only for those he would choose for salvation. These chosen few are, according to Calvin, limited in number, and the sacrifice of Jesus was made for them alone.

The way I see it, Limited Atonement is a necessity of circular logic, because Calvin believed that election is unconditional and grace is irresistible – in other words, that if God calls, the human being has no choice but to embrace salvation. Therefore the Calvinist must believe that grace, made available through the cross, was never intended for the vast majority of humankind, who are not chosen (according to Calvin) for salvation, but are instead destined for destruction. If grace was never theirs, and could never be theirs, then the death of Jesus was never for them either. Hence, Limited Atonement.

In my view, this third point of Calvinism is another poor answer to an important question – was the sacrifice of Jesus for all?

“For God so loved the world, that he gave his only Son, that whoever believes in him should not perish but have eternal life.

He dies for sinners – the broken, the self-destructive, the lost. Romans 5:8.

‘But God shows his love for us in that while we were still sinners, Christ died for us.’

In case there is any lingering doubt, that is all of us. Romans 3:23

‘For all have sinned and fall short of the glory of God,’

John’s Gospel demolishes any notion of limited atonement, showing that nobody is excluded from grace. 1 John 2:2,

‘He is the propitiation for our sins, and not for ours only but also for the sins of the whole world.’

The closest Calvinism gets to defending Limited Atonement, from a Biblical point of view, is through a couple of verses that refer to Christ dying for ‘many’. Mark 10:45,

‘For even the Son of Man came not to be served but to serve, and to give his life as a ransom for many.”’

In the Greek, the word ‘many’ is ‘poluj’ (Strong’s 4183), which is the plural of Pollos, meaning a singular entity. It doesn’t have to mean ‘most’ or even ‘a portion of’. Inherent in the meaning of this Biblical ‘many’ is ‘abundance’ and ‘plenteousness’. In short, ‘many’ means ‘a lot’; e.g. there are many/a lot of people on Earth. Unfortunately, Calvin appears to have understood ‘many’ as ‘some’. Given the abundance of verses which overtly state that Christ died for all, this ought to be quickly discounted, in my view.

In Romans 5:18, Paul touches on the inclusiveness of grace:

‘Therefore, as one trespass led to condemnation for all men, so one act of righteousness leads to justification and life for all men.’

King David understood the nature of God. Despite significant failures on his part, he knew that The Lord was (and is) fundamentally merciful and compassionate to all. Perhaps this is why he is referred to as ‘a man after God’s heart’. Psalm 145:8-9,

‘The Lord is gracious and full of compassion,

Slow to anger and great in mercy.

The Lord is good to all,

And His tender mercies are over all His works.’

Goodness and mercy are fundamental to the nature of God. He is even patient with the continually rebellious, such as he was with the people of Nineveh, when he sent his prophet Jonah to lead them to repentance. Jonah knew that if Nineveh repented, God would spare and restore them, no matter how extreme their rebellion.

Jesus was clear about who gets to receive the Holy Spirit (which by implication, must also mean salvation). Luke 11:13,

‘If you then, though you are evil, know how to give good gifts to your children, how much more will your Father in heaven give the Holy Spirit to those who ask him!’

The Father doesn’t give the Holy Spirit to a select few; he gives to those who ask. His call can be heard by any and all of us, but our response matters too. When we see he is good, trustworthy, kind and compassionate, we respond like children to our Abba.

Calvinism imprisons that inner child, hemming them in with heavy-handed interpretations of ‘sovereignty’ that make them doubt the essential goodness of God. It is hard, perhaps impossible, to truly trust God, if you believe he might have made you for common use; that you might be an object of wrath, destined for destruction. The cognitive dissonance would be unbearable, at least for me.

The grace of God is for all, available to all, and even calls to all. It is up to us to respond with all our hearts.

In 1996, I met Jackie Pullinger. Jackie is an English woman who, despite being refused support by missionary organisations, travelled by ship to Hong Kong, where she began to minister to drug addicts and sex-slaves in the Walled City. It was a lawless, lightless den of thieves, run by the Triads, but Jackie knew that was where she was meant to go, so she moved in, risking everything, and began her ministry. Many were freed from drug addiction under her care, earning her an international reputation that is very much deserved. I have very few heroes of faith, preferring to keep my eyes on Jesus, but she is definitely one of them.

The missionary ship I lived on at the time was berthed in Hong Kong, and Jackie was good enough to visit us. I only heard her deliver a single talk, but it impressed me deeply, and I’ve drawn several important lessons from it over the years.

One of those lessons was about the abundant provision of the cross. She told the story of a young woman who, because of drug addiction, had ended up in debt to a crime-lord. She had been taken captive as punishment, and kept in a cage as a sex-slave.

Jackie didn’t have the money to buy the woman’s freedom, but she still had her old oboe, which had travelled with her when she’d left England for Hong Kong. She was reluctant to sell it, as it was precious to her, but the Lord spoke to her clearly, asking her to give it up for the imprisoned girl.

Jackie did as she was led, and the girl was freed. She did everything she could to help the young woman, but in the end, the girl returned to her old ways and found herself in a cage once more. Jackie didn’t regret selling the oboe, regardless of the outcome, because it was important to offer what she had, regardless of the young woman’s response. When Jesus died for us, he did so in the knowledge that some would reject his provision of grace. It is the sacrifice that matters, because of love for all; his offering was abundant, rather than conditional on our response.

Limited Atonement misses the very heart of who Jesus is, and what he did for us. In my view, it cannot be justified through scripture, and falls apart like a wet paper sack when interrogated. If Limited Atonement can be so easily picked apart, and if Calvinism relies on it to explain Unconditional Election and Irresistible Grace, then the whole house of cards comes tumbling down.

Atonement is as abundant as the One who atones.

How the Loss of Family &...
Cranach
Related posts from Duncan Edward Pile 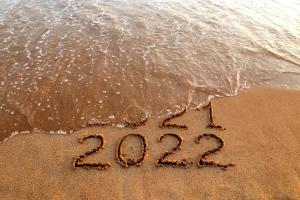 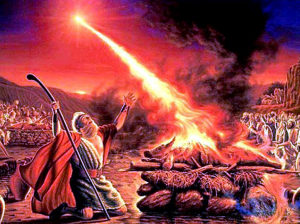 Evangelical
The Fear of the Lord is the Beginning...
Duncan Edward Pile
TRENDING AT PATHEOS Evangelical