In Biology: Concepts and Connections, a 2009 textbook, in reference to the homology of several different existing and extinct creatures, it was written:

“Also providing evidence for evolution… Anatomical similarities between many species give signs of common descent.”

It could have, maybe even should have also said, “Also providing evidence for intelligent design… Anatomical similarities between many species give signs of a common designer.”

If they had posted both of these facts, it would then be an equally legitimate interpretation of the evidence. But the intelligent design aspect is left out because it doesn’t conform to the naturalistic definition of science that has been adopted.

Now, when we looked at the fossil record, Darwin stated that the evidence pointed against his own theory, but he assumed that eventually, as technology progressed, his theory would prove out to be true. It was actually Haeckel’s Embryos that Darwin said was good evidence for his theory. He viewed it as a powerful example that would corroborate Darwin’s views.

“The embryos of the most distinct species belonging to the same class are closely similar, but become, when fully developed, widely dissimilar. This is by far the strongest single class of facts in the favor of my theory.” – Charles Darwin

Ernst Haeckel, a contemporary of Darwin used this chart to point out that in the cases of several different organisms, the embryos all look very similar. He thought that this evidence would be akin to a common ancestor that we all share. Now, as you can see, in the middle of Haeckel’s chart, they start to diverge a little; and at the end, they all look totally different.

So, what he is saying is that the whole model of evolution – from a common ancestor, over the course of millions of years, to today – can be seen in the embryological development of all these diverse organisms. But there is a big problem in the example that Haeckel used and Darwin relied upon.

These examples were actually faked.

He used a cookie cutter and adapted each one differently to mold the embryos to appear according to the theory that he wanted to show.

He also cherry picked. Instead of selecting randomly chosen organisms across our natural world, he selected organisms that already looked the most similar in order to make the point that he wanted to get across.

So, in actuality, in terms of what Darwin’s theory would predict, the embryo data (even if it had truth in it) proves almost the exact opposite of it. Darwin’s most powerful example is not true when we actually look at the embryological data.

“It looks like it’s turning out to be one of the most famous fakes in biology”, said Michael Richardson.

Now, there’s a woman by the name of Eugenie Scott who was the Executive Director of the National Center for Science Education, which is basically an evolutionary thinktank that is committed to this: whenever court cases show up across the country where someone wants to instruct creationism or question evolution, they will bring in their lawyers and money and try to silence the case so that only one side is shown. Well, in the movie “Icons of Evolution”, Ms. Scott was interviewed about Haeckel’s Embryos and their support for Darwin’s theory. When asked why textbooks across the country still contain Haeckel’s report supporting Darwinism, even though it has been proven false for decades, Scott’s reasoning was that for one, the pictures are cheap and are easily available. So even though the data isn’t true, she holds that it teaches something that we “know” is true, so we keep it in the textbooks.

So, all this begs this one question: If the evidence for evolution is overwhelming and as strong as the evidence for the holocaust or gravity; and you would be stupid, ignorant or insane for questioning it, then why do we have to use pictures of something that we know is false?

The answer is simple: because it is driven by the evolutionary worldview, not just the data.

For more engaging and enlightening videos and podcasts, visit the E-Squared Media Network at www.e2medianetwork.com. 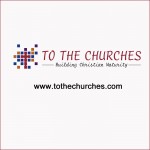 Evangelical
BreakPoint: Your Body, Your Spirit, and a Good...
Christian Podcast Central
TRENDING AT PATHEOS Evangelical