The Big Picture Podcast 64: Are We Really Called to be Jesus’ Hands and Feet?

The Big Picture Podcast 64: Are We Really Called to be Jesus' Hands and Feet? Play Now | Play in Popup | Download

This is Joel Fieri, and I’m back after a long absence from the Big Picture Podcast, the show dedicated to hopefully bringing some clarity and keeping the conversation going about what’s happening these days in the Church and our fast changing culture and society. And the first thing I want to do is to once again get in touch with my inner Backrow Baptist and see what he’s seen and heard lately in his all-encompassing “view from the back pew”.

What’s caught his attention is an interesting phrase heard often in churches and Christian circles today, and that is that Christians are called to be ‘the hands and feet of Jesus’.

This basically means that our purpose is to do good deeds in society, to meet peoples needs and correct injustice. This will eventually earn us a better reputation in the culture, and with it ‘the right to be heard’ about the Gospel. This idea manifests itself in everything from helping the homeless man on the corner all the way to pursuing a world-wide ban of unhealthy GMO crops, and various points in between. The premise being that if we can tackle and solve society’s ills with acts of service, a better, more just (dare we say, perfect) world would be created, with credit going to Jesus and the Gospel being more credibly received.

Sounds good. But should Christians buy into this idea? Should we pour our efforts into making a better world here on Earth? More to the point, did Jesus ever tell us to be his ‘hands and feet’? Is that the plan he laid out for His followers? And are we neglecting our Christian duty if we don’t at least try to fix the ills of society?

The closest passage I can find to the idea is 1 Corinthians 12, where Paul tells us we are all the ‘body of Christ’, listing several distinct body parts. The point of the passage is that we all have different gifts as part of Christ’s metaphorical ‘body’, and that no one gift is more important than any other. No other body part should tell the hand or the foot that they’re unnecessary. Every part is different, yet of equal value. And I think we can infer from this passage that we shouldn’t think or say that we’re all the same body part, either. We shouldn’t say we’re all the hands and feet of Jesus any more than we should say we’re all His eyes and ears. Really, the only universal calling we all have for being a part of Jesus’ body that I can find in scripture is to be Jesus’ mouth. He told us to be His witnesses in Matthew 9, for the sake of the harvest. In Matthew 10 Jesus sends out disciples to declare that His Kingdom is near, as well as to  heal. But He then told them to ‘shake the dust off their sandals’ if not received by a community, leaving it to its fate.

And finally, in Acts 1:8 Jesus leaves his disciples with the command to ‘be my witnesses in Jerusalem, Judea  and the Ends of the Earth’. In these passages Jesus sent his followers out to first and foremost spread the Good News of His coming. He also gave them power, and hence responsibility, to heal individual lives, but chiefly  for the purposes of the Gospel. He didn’t instruct them to heal society. Actually He says the opposite; if society rejects you, reject it, and shake the dust off your feet.

The cross was His mission. Which is why He didn’t fight the injustice of the Romans towards His own people, or even the injustice of His own death. Injustice, hunger and poverty are the hard reality of our fallen world, the world Jesus came to save.

Our mission is to be the “mouth of Jesus” by telling the world that Good News.

And with that the Backrow Baptist is out the door and on his mission.

In closing, it’s time for the Great Cloud Of Witnesses, the segment of the podcast where we meet and hear the stories of those who have given, and some who are still giving, their lives by faith in the promises of God, and of whom the world was and is not worthy (if you don’t know that reference, please check out Hebrews chapter 11-12 in your Bible). And today’s witness is from Egypt, and this is his story:

“Why do you put your children at risk?” asked one of the three Egyptian officers.

“Ahmed” had been arrested many times for sharing his faith and for giving out Christian literature. But he saw each interrogation as a chance to witness for Christ.
“The security of my children does not come from me,” he told the officers calmly. “It comes from God.”
“Why aren’t you willing to obey the government?” asked the lead officer.
“I won’t stop sharing about Jesus, because he is the Way of Truth,” Ahmed said. “Jesus has changed my heart.”
The officers questioned him about Christian literature that had been secretly printed. They also asked about specific Christians and their activities. Both times, Ahmed remained silent.
“I told them nothing,” he said later. “I would not be a traitor to the Body of Christ.” When they asked him to spy on other Christians and report back to police, he told them, “That’s not my job.”
On another occasion, Ahmed was caught and questioned by the police in Turkey for carrying in bags full of Christian literature. “If you don’t answer our questions and help us, we will lock you up for causing trouble for the Turkish government,” the police assured him.
“Jesus doesn’t tell us to cause trouble for governments,” Ahmed replied. “He wants us to witness about his love and forgiveness.”

Ahmed knew his mission. To tell the Good News about Jesus’ love and forgiveness. And for that he is nominated to the Great Cloud Of Witnesses, of whom the world is not worthy.

Thanks for listening to The Big Picture Podcast, if you enjoyed it, please check out our other podcasts and media on the E-Squared Media network at e2medianetwork.com, leave a few comments and tell your friends about us. See you next time on the Big Picture podcast. Be blessed! 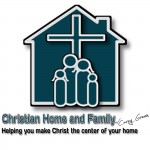 June 25, 2015 Christian Home & Family Podcast: How Kids Can Have Their Own Personal Time With God
Recent Comments
0 | Leave a Comment
Browse Our Archives
Follow Us!