I am overjoyed this week to come to you directly from funnyman Tim Hawkins’ bus at 1:00 am! Traveling between the Dakotas, we are living out a country song and swapping stories. But, Tim doesn’t just tell stories so much as he orchestrates them, adding interesting musical soundtracks from a harmonica, pan flute, or any other musical instrument he may find lying around. This weaving together of music and comedy comes from his youthful introduction to the likes of Weird Al Yankovich and Dr. Dimento.

In fact, the one time that Tim has actually found himself star-struck was when Dr. Dimento played one of Tim’s parody songs on his show! But, life hasn’t always been so easy and sweet for Tim. Like any performer, he has been dealt his fair share of rejection.

To help protect oneself from undo rejection, though, Tim recommends being good at what you do. If you’re a comic, like us… then having funny things coming out of your mouth usually helps. When Tim sees guys getting heckled on stage, it’s usually because they’re not telling the audience funny things, and the audience feels as though they need to help.

So, Tim has adopted a new mindset to avoid this.

He sees himself as a guide who is guiding a group of people who have paid to see somebody do something (say funny stuff) better than they can do themselves. After all, if I go see an opera and the people on stage can’t sing as well as I can… that doesn’t make for a very good show. And, since making people laugh is one of the few things Tim thinks he can do well, he works and works and works on his show so that it’s constantly funny, engaging and then he won’t be heckled!

The catch to this is we then tend to only go with what we are comfortable with and we stop growing, as performers. That’s where, as Tim puts it, you’ve got to always be adding something new and exciting that should make you feel anxious and uncomfortable. The more times a performer can put themselves in that position, the better things will work out for them.

Plus, there’s nothing quite like sharing a story that no one has ever heard before and hearing the audience react with unbridled laughter.

When it comes to abject failure, Tim shares stories like the time he failed as a parent: He told his son once to behave like a man. So, his son promptly went into the family room, laid down on the couch and scratched himself for 15 minutes. That’s when Tim discovered that he wasn’t quite the role model that he needed to be.

But, the only rejection that Tim really fears is what could possibly come from his lovely wife. Of all the people on the planet, she’s really the only one he really wants to like him… which any married man can understand. So, to keep that relationship intact, even more than his sense of humor, Tim relies on Almighty God!

He is absolutely certain that there is a God, and God is love. So, if Tim is to learn to love his wife correctly, the only way to make that happen is to draw close to God, since on one does love any better!

Too often, guys like me and Tim get things wrong. Like, when we think that if we work out and get stronger, then our wives will be impressed. Where, in reality, all they see is someone strong who can move the bag of mulch out of the garage and into the backyard. We’re basically a pack mule with a checkbook.

But, recently, I’ve been thinking about possible positive things that can come from rejection. For example, we experience the suffering that Jesus felt, and the shared experience of that draws us closer to Him.

We are hunted down, but never abandoned by God. We get knocked down, but we are not destroyed. 10 Through suffering, our bodies continue to share in the death of Jesus so that the life of Jesus may also be seen in our bodies.

11 Yes, we live under constant danger of death because we serve Jesus, so that the life of Jesus will be evident in our dying bodies.

So, whenever we feel the sting of rejection from other people, we can rest assured that Jesus felt that – and even more – and we can actually take comfort in the fact that He loves us and doesn’t reject us. In fact, when Tim feels rejected, he almost feels a sense of peace in light of this Biblical context.

And, speaking of a Biblical context, we see God’s guidance as He moves us in a different direction by closing doors with rejection. In other words, He can use rejection to actually guide us along the path that He desires for our lives.

Tim relates to this when he takes his kids to the playground. He doesn’t really care which swingset or jungle gym equipment they play on while they are there. Likewise, Tim doesn’t think that God is overly concerned with every detail of what we are doing, so long as we draw close to Him.

Finally, I believe that if it’s clear we are being rejected by other people for our shortcomings, then this rejection is a way to show us areas that we can grow in.

Tim more clearly defines this by adding, “… if this rejection comes from people who love you and want what is best for you.”

Or… even if rejection comes from people who honestly don’t love you, the truth is that there are some people who you WANT to be rejected by. For instance, if Tim does a comedy bit and some self-righteous people are turned off by his stories, then that would be a crowd that Tim is perfectly okay with “suffering” rejection from. Just because they are offended does not mean that Tim is wrong. If they are self-righteous sensibilities are offended by something we say… maybe it’s good that they’re offended!

What we really need to reign in is “self-rejection”. Too often, we beat ourselves up unnecessarily. Instead, we need to be courageous enough to trust in God for the real affirmation we need. When we become so self-absorbed that we either trust too much in ourselves to protects us, or conversely we needlessly beat ourselves up, instead of trusting God for protection and guidance, then only bad things can happen.

Isolation also breeds problems like these. Especially us guys… we NEED other guys to bounce stuff off of and discern what can be filed under “good rejection” versus “bad rejection” and “other good stuff” versus “other bad stuff”.

That’s pretty much how us comedians mentally file stuff, anyway. 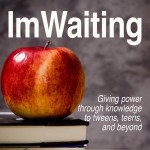 September 27, 2016 The Summit Lecture Series: Making Sense of Your World with John Stonestreet, Part 14
Recent Comments
0 | Leave a Comment
"What a load of garbage. I simply cannot keep a straight face anymore while these ..."
Grappa Anilla Ask Pastor John: Do Non-Christians Ever ..."
"I agree. Believing we are the hands and feet, sounds cool, but I believe leads ..."
Grant The Big Picture Podcast: Are We ..."
"Psalm 137:9 has been explained over and over again. For one thing, I highly suggest ..."
Candy Smith WWUTT: Women Must Be Silent In ..."
"jordan peterson is wrong about nearly everything."
kyuss, cannabis farmer The Best Thing You’ll Hear This ..."
Browse Our Archives
get the latest from
Christian Podcast Central
Sign up for our newsletter
POPULAR AT PATHEOS Evangelical
1