WWUTT: Jesus is the Firstborn of All Creation?

WWUTT: Jesus is the Firstborn of All Creation? February 13, 2017 Christian Podcast Central

Jesus Christ is the image of the invisible God, the firstborn of all creation.

Now, there are many we’ve interpreted, “firstborn of all creation,” to mean that Jesus is the first being created by God.

The Mormons teach He is the literal offspring of “Heavenly Father and Heavenly Mother” (also, literally the brother of Satan).

The Jehovah’s Witnesses believe Jesus is the Archangel Michael.

However, the very next verse says: Jesus, the Son of God, is eternal and uncaused – one with God the Father and God the Holy Spirit. Jesus is God.

No one has ever seen God; the only God who is at the Father’s side (that would be Jesus Christ) He has made Him known.

And we know that the Son of God has come and has given us understanding, so that we may know Him who is true; and we are in Him who is true, in His son Jesus Christ. He is the true God and eternal life.

Paul says in Titus 2;13 that He is our God and Savior.

Waiting for our blessed hope, the appearing of the glory of our great God and Savior, Jesus Christ… (Titus 2:13)

“Before me no god was formed, nor shall there be any after me.”

So, Jesus, who is God, is eternal with no beginning and no end from everlasting to everlasting.

Before the mountains were brought forth, or ever you had formed the earth and the world, from everlasting to everlasting, you are God. (Psalm 90:2)

So, what does it mean to say Jesus is the firstborn of all creation? It’s just another way of saying that all things belong to Him. The Father has given Him all the rights of a firstborn Son.

The Father loves the Son and has given all things into His hand. (John 3:35)

Everything that belongs to God the Father belongs to the Son of God, the true God of the Bible…

… when we understand the text. 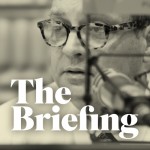