As we approach the 500th anniversary of the Protestant Reformation, today’s Protestants actually have little to be proud of as we survey the movement as a whole. The content of our messages and the shape of our worship services are largely determined by cultural preferences, marketing strategies, and crowd-pleasing techniques from the entertainment industry, rather than by Scripture. At the end of the day, what we’re left with is a kind of narcissistic spirituality that caters to the desires and felt needs of the masses, rather than a transcendent word that confronts, challenges, and rescues fallen sinners. We’re beginning a new series on “The Solas of the Reformation on this edition of White Horse Inn.

“Before we Protestants congratulate ourselves for being on the right side of history, we need to admit right up front that there is very little today to be proud of as we look at the movement as a whole. More often than not, we’re just as likely as medieval Roman Catholics to listen to authorities other than Scripture. The content of a typical sermon or the shape of a typical worship service is often determined not by Scripture, but by cultural preferences, marketing strategies, and by crowd-pleasing techniques we’ve gotten from the entertainment industry more than the Word of God.

“At the end of the day, what we’re left with is a kind of narcissistic spirituality that caters to the desires and felt needs of the masses, rather than a transcendent Word that confronts, challenges, and rescues fallen sinners – that word, as Martin Luther said famously, is above all earthly powers.” – Michael Horton

“Protestantism” generally covers the range of Christian churches that owe their origins, directly or indirectly, to the Reformation of the sixteenth century. At the second Diet of Speyer (1529) the representatives of the Reformers “protested” in favor of the liberty of individuals to choose their own religion according to their conscience. Their opponents described them as “Protestants,” while they preferred to call themselves “evangelicals.” Despite its numerous components and its pluralism, Protestantism may be characterized by reference to certain widely shared convictions. Priority is given to salvation and to justification by faith alone. Believers are justified before God not by their works or their merit, but by grace alone. The Bible provides the exclusive standard for the Christian life and derives its meaning from its central figure, Jesus Christ, the sole mediator between God and human beings. Faith consists not in acceptance of a doctrine, but in a living and personal relationship with God. The church is a community of believers who have committed themselves to listening to the word of God and to celebrating the sacraments together. Only baptism and the Lord’s Supper are recognized as sacraments, since they were established by Jesus Christ himself. (Adapted from Encyclopedia of Christian Theology s.v. “Protestantism.”) 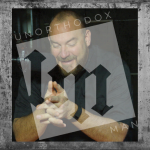 When Racism Changed
In previous posts I have wondered about heightened attention to racism in...
view all Evangelical blogs
What Are Your Thoughts?leave a comment
Copyright 2008-2017, Patheos. All rights reserved.