Brad Stine Has Issues: How “The Destruction of America” ACTUALLY Happens

How “The Destruction of America” ACTUALLY Happens

You think it is going to be hard to destroy America as you know it? Nope It’s already happening! C’mon in.

I often wondered how America could be destroyed from within. It always seemed that it would be a difficult proposition – to destroy this great nation – because the Founders were so meticulous about cementing our rights into the Constitution. For those of you who have taken the time to read the Constitution, one of the obvious elements is how simple the language is. They tried to make the rights so basic and unambiguous so as to make it impossible to misunderstand or misconstrue their plain concepts.

I have often said on Brad Stine Has Issues that the most important Amendment was the first. Not the first as a whole, but literally the first line of the First Amendment because the Founders created the document, thus whatever order they chose was their priority – forever frozen in time.

We have just finished a war with our country of origin and, miracle upon miracle, we have won it. Thus it is incumbent on us to now establish what rights every American can expect to enjoy with this launch into freedom and to also let future generations remember what we were fighting for all along.

The Constitution is the sacred document that can only be circumvented by amending it, and that process is not easy. I have said on many occasions that it doesn’t get much simpler than this first statement:

Congress shall make no law respecting the establishment of religion or restricting the free exercise thereof.

As I have stated many times but can’t say enough, the first line is your freedom of conscience. That simple line that references your religious beliefs as sacrosanct includes Christianity in any denominational form, but also Judaism, Islam, atheism, polytheism , materialism… whatever and however you choose to worship – and we all worship something – you are free to do so in public and private. Since that right is so obvious and the language so simple, it has stood the test of time and many lawsuits have been won in regards to the government trying to hinder or discourage someone’s belief in the public square.

So, I was very curious: How could anyone ever circumvent religious liberties, since it is so solid? It was then, a few years ago, that I heard for the first time this phrase uttered: “We are not going to allow you to claim a religious belief if it is a smokescreen for bigotry.” For the most part, I heard this phrase first utilized especially during the gay marriage debate. You see, in the new America, with the rise of social media, the commitment to mainstream media as a distributor of progressive ideology and with the rise of cancel culture and big business cowardly caving to any and every form of extortion in demanding they side with progressivism, we now have more of a mob rule in regards to religious liberties being breeched.

The moment you can call a biblically established sin simply a “smokescreen for bigotry”, you have man now canceling God and His Commandments and replacing it with a culturally contrived convention crafted under the foundation of political correctness –  which I have already taught you is cultural Marxism as god. So, we literally have people doing a backdoor approach to upending the First Amendment by simply deciding for you what your religion is allowed to teach you, what commandments you are forced to abandon; and if not, we will destroy your business, your reputation and your freedom. Because, remember, the religion of the woke establishes their religion as trumping all others.

Do you understand the significance?

If you ascribe to political correct orthodoxy, then you breach the First Amendment twice. First by using your leverage to de facto establish your ideology as the religion of the United States, but also forbidding the free exercise for those who dissent from your tyranny. Notice I said “de facto law”, because if I can make it impossible for you to practice your religion without actually making a law, thus bypassing an actual First Amendment breach, I have essentially destroyed the First Amendment without firing a shot. Of course, by demanding through extortion businesses, politicians and sports teams follow suit, I have, in fact, established a religion and have all the power on my side to enforce it.

So, it is incumbent on all Americans of faith to be able and willing to defend not only their faith’s moral structure, but their First Amendment right to live by it.

The lack of knowledge, study and understanding of the Christian worldview and historical American principles by Christians in the U.S. is staggering. It is because of this lack of studying to show yourself approved unto God that we have lost entire denominations to heresy and abandonment of God’s moral demands; and instead have embraced leftist/Marxist cultural critical theory as somehow more enlightened than Scripture.

This is why I do Brad Stine Has Issues – to try to begin priming the pump to Christ followers as to the necessity to prepare yourself spiritually, intellectually, physically, and to defend our faith first and our Founding Fathers original intent towards the Constitution.

Little by little, as God helps me raise this ministry, I will be doing weekends at churches involving comedy, study in logic, and Christian worldview, a breakdown as to what cultural Marxism – also known as political correctness – is and how it isn’t compatible with Christianity. I am also taking groups to Front Sight with my Constitutional expert, Rick Green, to teach believers how to most effectively be able to defend themselves and their loved ones with firearms. I know it seems quite a leap for someone who simply wanted to be a comedian, but if I’m what the Lord had to resort to for this new season in America, you KNOW it must be pretty bad.

Join me as we build an army of believers to help defend our faith, freedom and family in this new America.

January 4, 2021
Sovereign Artsakh: New Year Message to Armenia from US Ambassador Inspires My Rant
Next Post

January 12, 2021 Sovereign Artsakh: The Fall of Armenia… and America
Recent Comments
0 | Leave a Comment
"Does the terminally unfunny Stine mention how hundreds of right-wing evangelical fascists tried to destroy ..."
Jeffrey Brad Stine Has Issues: How “The ..."
"This reminds me of the time Stine's mom told him she'd rescue her battery-operated ladies' ..."
John (not McCain) Brad Stine Has Issues: Dear People ..."
"Brad Steine: another bitter grievance-mongering Bible-thumper who hates freedom."
Wolf of Odin Brad Stine Has Issues: Lies and ..."
"some wisdom from another branch of the family:""I do not believe that just because you ..."
Christiane Smith Brad Stine Has Issues: Pro-Life VS ..."
Browse Our Archives
get the latest from
Christian Podcast Central
Sign up for our newsletter
POPULAR AT PATHEOS Evangelical
1 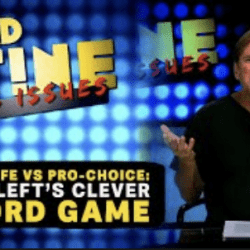