World War Three, The End Of The World, Armenia Invaded By Azerbaijan

This morning, my wife asked me if I thought we were about to experience World War III. I’m not sure if she asked it out of her own concern, but she had just spent the weekend with her mother and father. And her mother is of the persuasion that there is a coming Armageddon coming – a tribulation, you know. From a religious,  Christian eschatological perspective that predict what the end of the world will be like. And so, this is common for her mother to assign meaning to world events. It’s this ongoing interpretation attempt to interpret events current events according to what many Christians believe is a book that prophesied the end of our current age.

Now, I’m not in that camp. I believe the Book of Revelation is a prophetic book, but I believe it prophesied something different than that interpretation. I’m not going to go into those details.

So, those of you who are not Christians watching, this might have some inkling as to what I’m talking about. However, I want to talk about this now because last week, I only recorded a couple episodes and in one of the episodes, I was doing a trip down memory lane about the project that I’m working on. It’s an exciting journey that I’ve been on these past three and a half years. And that video is projecting good things in the future. It’s like, “I look forward based on what I’ve gone through, and the incredible things that have happened in my life as I’ve pursued this project, I only see good things ahead. For this project specifically, for anybody who cares about the Armenian Genocide – which means everyone in the world, eventually. I believe everyone in the world – in the vast majority of the globe – will understand the accurate history once it’s told; and how it applies to all of us. And I get to be part of that process. That’s what I continue to project. That’s what I believe in my heart is going to happen. It remains to be seen. I can’t predict the future. I believe the sun rotates and the earth rotates. And thus, I will see the sun tomorrow. So, I can predict that accurately. But I see signs in my life and in this project that point forward to good things happening. And when I watched that video that I made last week and contrasted it to what’s going on in the world right now – Azerbaijan has moved into Armenian territory – I thought I should probably do an update about what’s going on in the world.

So, yes… Azerbaijan invading Armenian territory. And this is Armenia proper, not Artakh.

But then, look at what’s happening between Israel and Palestine. There’s all-out war happening. And that’s probably what set off my mother-in-law. Any time something happens associated with Israel, it’s like, “Oh, now it’s happening! Israel is being attacked, as was prophesied!”

Okay, let me rewind a little bit. I’m going to read this article here. Not only is Israel at war with Palestine right now, but Russia is moving in on Ukraine. So that border is militarizing.

Let me show you. If we’re going into World War III, my first response to my wife was, “We’re already at war. We’ve been at war. War is war. War has many many features to it, and when your country is attacked, that is war. And when the media doesn’t call it war, nobody thinks it’s war. When the media ignores it or when the media is actually owned by the enemy – if our media is infiltrated by the enemy – the media is not going to tell you we’re at war. So, when my wife asked me, “Are we going to war?” I said, “We’re already at war” And she said, “Well, I mean troops on the ground. And I showed her this video.

This is from American Thought Leaders – a lot of intellectuals on this YouTube channel and this is a particular guy, Gordon Chang. He’s an expert on China.

Now, if there is going to be another World War, it’s going to be with China. That’s the biggest conflict, the biggest threat to global harmony. Arguably, their mishandling of the coronavirus could be seen as a global attack. They’ve certainly weaponized the process afterwards and are taking advantage of the global economy, shutting it down.

There are YouTube interviews that are usually over an hour long, but this is only an eight minute clip (I’ll put the link in the description below) but this is specifically talking about “boots on the ground”. It’s titled: Gordon Chang: A Potential Kinetic War With Communist China by American Thought Leaders. So, to answer my wife’s question, I played this video for her. And typically, she won’t listen to it. Her parents are victims of Communist propaganda. They’re American. They’re not American-born, but Chinese. They have lived in America since the 1960’s and their primary sources are Chinese language sources. So, that’s been infiltrated by the propagandists out of China that don’t want to say anything bad about China. Essentially, they think Americans are all just jealous of China’s prosperity and that’s the angle they take. That’s the conversation I had – they are Christian, yet they defend Communist China, thinking that we’re all just jealous. Whereas, they don’t understand propaganda warfare. They don’t understand that Communist regimes control the information. That’s part of warfare. We’re already at war.

But regarding a kinetic war –  in other words boots on the ground kind of war – if it’s going to happen, watch this video. This guy talks about where China is already active, has military activity constantly in multiple parts of the world right now. It’s a short video. It’s eight minutes. So I’ll put the link in the description for you.

But, I just want to say that if and when war breaks out, where it’s undeniable, where even your biased news sources will no longer be able to cover or obfuscate or distract with nonsense about gender identity or that the United states is so focused on such nonsensical issues that we fight about when we don’t we aren’t paying attention to actual hostile actors on the world stage that want to destroy us. There are enemies that want to destroy the United States, liberty, and the freedoms that we allow and encourage. There are countries that don’t believe in these freedoms that we believe in and that’s the war that’s taking place.

So I just wanted to do this video to say even if and when such war breaks out, it doesn’t mean it’s the end. In fact, it’s rather a beginning. Because, for example, in this video that Gordon Chang talks about, he compares what’s going on right now to what happened just prior to World War II. The French and the British kept giving warnings to the Third Reich and not following up on their ultimatums. And the Third Reich didn’t believe that anybody would declare war when they decided to invade Poland and they were surprised by it. The documentation shows that the Third Reich were surprised when war was declared based on their aggressive actions. That’s the exact same situation. And he talks about how we’ve allowed China to ignore the warnings when China oversteps its bounds – all the way back to Obama and before.

I believe it’s all misinterpretation. Anyway you can  comment in the comment section and I’ll respond in there.

But good things are on the horizon, no matter how dark the horizon looks. Let me just read this article:

Deputy Foreign Minister of Armenia Artak Apitonyan met with the heads of the diplomatic representations accredited in Armenia on May 17.

As ARMENPRESS was informed from the press service of the MFA Armenia, Artak Apitonyan presented detailed information on the situation created as a result of the invasion of Azerbaijani armed force s into the sovereign territory of Armenia – Syunik and Gegharkunik Provinces, and the measures taken to solve it.

The Deputy FM emphasized that the mentioned provocations are the continuation of the aggressive rhetoric against Armenia by the military-political leadership of Azerbaijan which take place during military drills in that country that were launched without informing in advance and with the violation of the 2011 Vienna document.

‘’The Republic of Armenia has the legitimate right to protect its territorial integrity and sovereignty in line with the UN Charter’’, the Armenian Deputy FM said.

All right, so I think that if war breaks out with China then Azerbaijan is certainly going to attack. So it’s not all peace and love and harmony. That’s not what I’m saying. But, no matter what happens in the world, there is still good coming. Call me crazy, but sometimes you have to look beyond the circumstances. 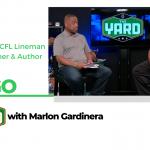 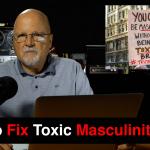