How To Fix Toxic Masculinity | What You’ve Been Searching For

How To Fix Toxic Masculinity | What You’ve Been Searching For May 24, 2021 Christian Podcast Central

We have a toxic masculinity problem in our society, and maybe even in our church. Does the Bible have an answer for that? I’m Joel Fieri for Christian Podcast Central, and this is What You’ve Been Searching for. Stay tuned. All right. In following up with my last week’s podcast on making distinctions, if you’ve missed that podcast, we put a link down below, but if you caught it you know we talked about how important it is for Christians to continue to be able to make the distinctions that the Bible talks about and mostly in God’s creation and mostly in relations to God’s creating man, male and female, in God’s image he created them, male and female, and how our society is trying to blur that distinction between male and female. And if we blur that distinction, we’ll eventually have no distinction between man and the rest of God’s creation, and eventually God and his creation altogether. So we need to make those distinctions.

What I want to follow up on is another question that was asked in our survey of what the Christian podcast listener is wanting to hear, and that is the question of gender roles, and what does the Bible say about men and women in church and in general, leadership, pastorship? And it’s particularly relevant now. A mega church here in California recently, it was in the news that they ordained three women pastors going against their denomination’s rules, and many people would say going against what the Bible teaches. So I want to look at what the Bible teaches, not only about pastor’s leadership roles within the church, but also within the family. I want to wrap up what we’ve been talking about, the difference between progressive Christianity and conservative Christianity. And this is one of the big, big issues and big, big divides we have in the church. Something that you always hear me say we need to get, right.

So what I want to do is talk about overseers and deacons and pastors in the church, because that’s what you asked about. And specifically where Paul talks in First Timothy Three and again in Titus One, he talks about the qualifications for overseers, pastors, and deacons. And I just want to read this passage. I’ll read First Timothy Three because Titus One pretty much repeats what Paul says in First Timothy. So Paul starts off in chapter three of First Timothy saying, “Here’s a trustworthy saying, whoever aspires to be an overseer desires a noble task. Now, the overseer is to be above reproach, faithful to his wife, temperate, self-controlled, respectable, hospitable, able to teach, not given to drunkenness, not violent, but gentle, not quarrelsome, not a lover of money. He must manage his own family well and see that his children obey him. And he must do so in a manner worthy of full respect. If anyone does not know how to manage his own family, how can he take care of God’s church?

“He must not be a recent convert, or he may become conceited and fall under the same judgment as the devil. He must also have a good reputation with outsiders so he will not fall into disgrace and into the devil’s trap. In the same way deacons are to be worthy of respect, sincere, not indulging in much wine, not pursuing dishonest gain. They must keep hold of the deep truths of the faith with a clear conscience. They must first be tested and then if there is nothing against them, let them serve as deacons.” And he talks about women a little bit. “In the same way women are to be worthy of respect, not malicious talkers, but temperate and trustworthy in everything.” Going back to deacons, “A deacon must be faithful to his wife and must manage his children and his household well. Those who have served well gain an excellent standing and great assurance in their faith in Christ Jesus.”

So the first thing that jumps out of this is, obviously I emphasize he and his. So Paul’s obviously saying the first qualification is to be a man. But then if you look at all the qualifications, all the attributes that Paul’s saying this is what a deacon should have, you pretty much see a list of how to manage toxic masculinity. He needs to be above reproach, fateful, temperate, self-controlled, not giving to drunkenness, not violent, but gentle not quarrelsome, a person who managed his family with respect. These are all things that when we talk about, when our culture anyways talks about toxic masculinity, the idea, the attributes of man that naturally are masculine, more and more in our culture are seen as toxic and it’s creeping into the church also. So that’s why there’s this movement, part of the reason there’s this movement, for ordaining women and having women be more prominent in their roles, in the church, in leadership, and as pastors.

So there’s a key word that just came to me actually today as I was reading over this, and I hadn’t planned on talking about it. In verse one of chapter three, Paul says, “Here is a trustworthy saying, whoever aspires to be an overseer desires a noble task.” The word inspires I think is the key, at least it’s a key for me. Paul is saying, “This is an aspiration that men should have.” If you know anything about men, if you take away a man’s aspirations, aspiration is something he desires above and beyond where he is now, an aspiration is something a man says, “I want to improve. I want to get to the point where I have this or that quality or I achieve this or that accomplishment.” This is all about a man’s aspirations. If you take away that aspiration from men and replace it with an expectation or no aspiration at all, an expectation that they shouldn’t aspire to this, they won’t aspire to a lower role or they won’t aspire to a role that is not typically masculine.

They’ll either withdrawal into the toxicity that you see here, drunkenness, violence, irresponsibility, or they’ll just plain withdrawal. Aspirations are key, if our church, if the church today, the Christian Church, the Evangelical Church, or the Christian Church as a whole had men in leadership like this the effect we’d have on the world would be outstanding. We’d have a completely different church. We’d have a completely different Christian culture. And I don’t think we’d have such a big push for women to be in leadership, because they would see what an effect that men like this have not only on the world and not only on the women that are serve with them or even serve under them, but also the men who serve under them. Because if men, the men who aren’t in leadership, see men with these qualities, they will aspire to have those qualities.

When we talk about this, again, it’s a touchy subject. When we talk about leadership in the church, we tend to focus on the Bible and Paul clearly say that it should be men and we take that as somehow disrespecting or diminishing the capabilities of women. I don’t think that we should look at it like that because women are obviously very capable and there are places in the Bible where women take over leadership. Mostly, because men are like this, they’re toxic, they’re irresponsible. Think of the story of Deborah, who was the judge. She told Barrick to attack the Canaanites and he said, “No, I don’t want to do it. I want you to do it with me.” And she said, “That’s not what God wants. God’s going to give the glory to a woman and you’re not going to have it.” They won the victory, but then Deborah turned around in her song in the next chapter and said, “It needs to be Israel’s princes. It needs to be the men.”

So while we’re in this season of a lot of women being ordained, if we could say, “Okay, maybe this is a season where men aren’t stepping up,” but if women could have the attitude of Deborah saying, “No, it needs to be the men. Men need to aspire to this and we need to put them in positions of leadership and we need to disciple them so they can have these qualities,” I think we’d have a much stronger witness in the world. I think we’d have much more of a unified body of believers. And I think we’d turn the world upside down just like the early church that took these truths to heart did. So, again, I know it’s a touchy subject, but those are my thoughts on how to look at the qualification for an elder and why the qualifications are for men and why God had Paul put this in here, is to challenge men to aspire to be higher than themselves. If we did that, we wouldn’t have any kind of masculinity problem.

So I hope that’s helpful. Again, let me know in the comments. I’m sure a lot of you have opinions on this. Join the conversation. Next week, stay tuned, I’ll have some thoughts on the family because there’s other verses that people have problems with when it comes to male and female roles in Christianity. So I want to talk more about that. As I always say, look us up on YouTube. Rumble, Gab, Parlor, all those new platforms that are coming up. Look us up on Apple and Spotify, but mostly go to ChristianPodcastCentral.com and look up more content like this. Thanks for listening. 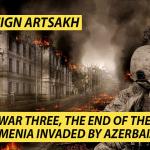 May 21, 2021
Sovereign Artsakh: World War Three, The End Of The World, Armenia Invaded By Azerbaijan
Next Post 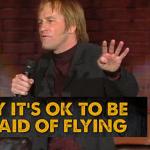 May 24, 2021 Brad Stine Has Issues: Why It's Ok To Be Afraid Of Flying
Recent Comments
0 | Leave a Comment
Browse Our Archives
get the latest updates from
Christian Podcast Central
and the Patheos
Evangelical
Channel
POPULAR AT PATHEOS Evangelical
1 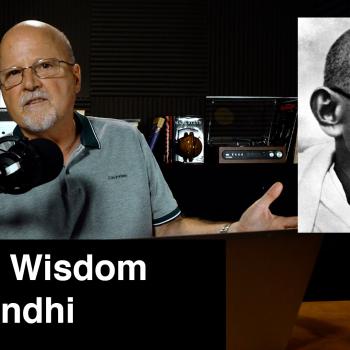