Money, Wisdom and Gandhi | What You’ve Been Searching For

We’re back on What You’ve Been Searching For with more questions and topics that you, the Christian podcast listener, want answers to. I’m Joel Fieri, stay tuned.

If you caught last week’s podcast, you know I had a list of topics and questions that we couldn’t really get into a full podcast. So what I did is just read them to you and gave you my best thoughts on them, my best answers. Hopefully, you found that entertaining if you did catch that. If not, we’ll put the link below.

What I’m going to do today is just continue that. I have a long list so I’m going to give you five or six more questions and topics and give you my best thoughts on them. Just line them up, knock them down as best I can. And hopefully, you’ll get something out of it and get some of the answers you’ve been searching for.

And I think that’s what maybe God had in mind when he decided to have his son resurrect, partly was to redeem that need mankind had for rebirth, for renewal, for hope. And that there was one thing that the resurrection gives us, it’s hope.

Same thing with the winter solstice holiday that Christmas maybe took it’s place. God redeemed that with sending his son. So, whether it is or not a pagan holiday, it’s been redeemed. I’m celebrating both. Okay.

What does the Bible say about tithing? That’s the next question. What the Bible says about tithing is, “Do it, please.” We’re no longer under that law. I don’t believe, but there is an expectation that we give God the first fruits of everything. We give back the first fruits of his blessings to us. Whether or not it’s 10%, 10% of your net income, 10% of your gross income.

I’m with Dave Ramsey, the Christian financial advisor on this. He said, “Whatever it is, none of y’all are doing it because only about 10% of Christians actually tithe anywhere near 10%.” So just do it. Start with what you can afford and maybe work your way up to 10% of your net. And then maybe work your way up to 10% of your gross, because God does promise to bless you if you do give back to him. As near as I can tell, that’s what the Bible says about tithing. Please do it.

Okay. Next one. What is discernment? Now, this is one that’s close to my heart. I’ve been told I have the gift of discernment. To me discernment is wisdom in action, if that makes sense. Years ago, I noticed in Proverbs, Proverbs is all about wisdom. What did Solomon ask for? Wisdom.

All through the Bible it says, “Get wisdom. Pray for wisdom. Wisdom here, wisdom there.” So I started asking God, “God, please give me wisdom in my life. Give me wisdom in my school, in my relationships, in my business dealings, whatever it is.” Well, I think from that wisdom, I have been able to have a fair amount of discernment. So, if you want to be a discerning person, first of all, get wisdom.

He did have that famous saying that he can’t follow Jesus because people that do follow him are so unlike him. So therefore, he couldn’t wrap his mind around being a Christian, something like that. Well, that to me is the thinking of a lost person. He doesn’t really understand why Jesus came and what Jesus came for. And what he expects of his disciples. We are supposed to be like Christ, but we’ll never be there. We’ll always be fallible human beings steeped in sin. That’s why he had to die.

I’m not sure Gandhi really had a good grasp of that. But I also know from history, that Gandhi thought well of Christians too. England, that ruled India, was a Christian nation. And I know part of Gandhi’s thinking in Indian independence was, the British will ultimately be just and fair with us because they are a Christian nation.

And another thing I heard not long ago was the question, how was Britain able with roughly 50,000 people, to control a country like India with almost a billion people? And it was because the Indian people knew that if the British people weren’t there, Muslims would run roughshod over India.

And if you know anything about history, you know that when England did pull out and give India its independence, there was basically a bloodbath between the Hindus and the Muslims. What Gandhi thought about Christians is not really that important to me. I mean, I love the movie Gandhi. What I’ve read about him, there’s good and bad. I don’t really take much concern with what Gandhi thought about us. But he did think good thoughts about Christians, maybe in addition to some of the doubts he had. Hope that helps with that question. And here’s one that’s close to my heart. What does it mean when the Bible says we are surrounded by a cloud of witnesses? I had a audio podcasts that you can still find on Christian Podcast Central, called the Big Picture. And part of that was called the great cloud of witnesses. Is where I told the stories of different martyrs throughout history.

This is from Hebrews where chapters 11 and 12, where it talks about a great cloud of witnesses. All the fateful people that have gone before us, famous people, the patriarchs, all the people in the Bible that you know who lived their life by faith, in addition to a lot of people that we’ll never know. People who suffered, who were sawn in half and lived in caves and died horrible deaths, never realizing the benefit in this life.

Next one. I’m going to tread lightly on this one. What does the Bible say about the Pope? Nothing that I can see. He does tell Peter, which the Catholics took this as a rationale for the Pope, that upon his confession, “Upon this rock, your confession, I will build my church.”

It wasn’t Peter, in my view, that Jesus built his church upon. It was Peter’s confession because Peter said, “You are the Christ, the son of the living God.” That’s the confession. That’s the truth that I’m going to build my church on. I don’t see anything about the Pope, but I have a lot of Catholic family and friends that do, but that’s why I’m not Catholic. I just don’t see it. I hope that helps.

And finally, this last one is an interesting one I had never thought of. Did Judas repent? I don’t think he did, no. I think he realized his sin. I think he was regretful. One pastor says he took the money and threw it back into the temple, or threw it back at the Pharisees, or whoever he had betrayed Jesus to. And then he went out and hung himself.

That doesn’t sound like repenting to me. Repenting means, as far as my understanding, is turning around and going the other way. Stopping the behavior and living a life that’s obedient to the word of God. You repent, accept salvation and then, you turn around and live differently. While going out and committing suicide is not living differently. It’s not living at all.

I think if Judas had repented and gotten his life right and gotten his relationship with Jesus correctly, the Bible would have said so, because that would be a great redemption story. But all it really says was that he went out and hung himself. I don’t think he did. But again, if the Bible wanted us to know that, I think it would have told us.

That completes the list, our most recent list of what you have been searching for, listeners to Christian Podcast Central. Thanks for tuning in. Next week, I’ll have a whole new topic for you. 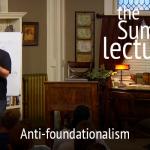 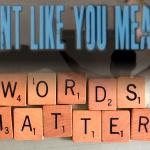 August 12, 2021 Parent Like You Mean It: Words Matter!
Recent Comments
0 | Leave a Comment
"To "miss the mark" suggests you're doing something wrong, even with good intentions, perhaps because ..."
James Leroy Wilson WWUTT: Sin Means to Miss the ..."
"Poorly written. The political-legal and religious sides of the piece are free-floating...unconnected to each other. ..."
Daniel Johnson Parent Like You Mean It: Roe ..."
"Yep."
Daniel Johnson The Protest Show with Thor Ramsey: ..."
"That's a long-standing tradition for right-wing 'comedians'"
Jack The Protest Show with Thor Ramsey: ..."
Browse Our Archives
Related posts from Christian Podcast Central 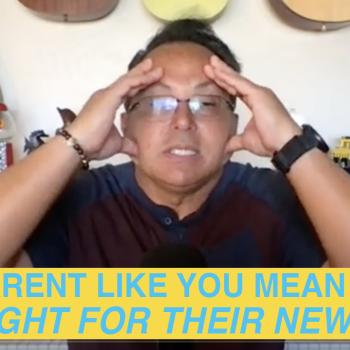 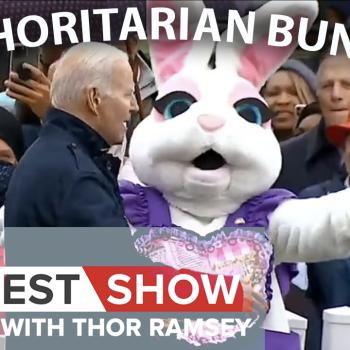 Evangelical
A Message From A Cold Warrior in Hot...
Christian Podcast Central
TRENDING AT PATHEOS Evangelical