I believe that laughter is a gift from God. I do.

If I were to ask you, “Why are you here?” You would say, “I’m here to laugh.” Because laughter feels good. Why? Because it allows you to experience something that is unique to humans  – JOY – a transcendent idea outside of molecular structure that is given to us by God, who I believe in, who I believe has constantly given us echoes in shadows that He’s not only real, but that human beings are His crowning achievement! And He’s always given us these little clues to prove it’s true, and laughter is one of them. Laughter is one of them. You know how I know that? Because, in the entire universe, the only thing that laughs is people. It’s just ours. The sun doesn’t laugh. Molecules don’t laugh. Animals don’t laugh. That’s why we eat them – if you frown, you’re going down. That’s just the deal. We had to decide who was going to be eaten and who wasn’t; and in the beginning, we got along – men and animals got along – everything was good.

Cow would get up in the morning, “What are we gonna do today, Adam? Ping pong? Okay. I do have a little problem with that paddle, though. But I’ll try.” Because he had a hoof, and so it was rough for him to deal. That’s why Adam dominated cow in the battle department – cow couldn’t grip anything. He didn’t know he was a stupid cow. “Why does this keep slipping out, Adam?” “Because you’re a stupid cow!” But, it didn’t matter. They were getting along.

Then, suddenly, sin came into the world and animals became meat! That had to be confusing for the animals, don’t you think? Just yesterday, they were having fun.

Cow gets up, “What are you gonna do today?”

“How do you play? What’s the shotgun for, Adam?”

Do you actually believe in those archaic ideas of sin and God? I do. Indeed I do. Because that’s what we’re here for. You thought it was for laughter? No. It’s for something else. Why are we here, as humans? That’s really the ultimate question, isn’t it? Why are we here? We are going to find that answer out by looking at the most powerful three-letter word in the history of human beings: God. 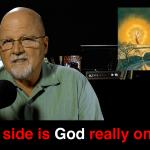 June 9, 2021
Whose side is God really on? | What You’ve Been Searching For
Next Post

June 16, 2021 Parent Like You Mean It: Daily Debrief Meetings & Family Dinners
Recent Comments
0 | Leave a Comment
Browse Our Archives
get the latest from
Christian Podcast Central
Sign up for our newsletter
POPULAR AT PATHEOS Evangelical
1 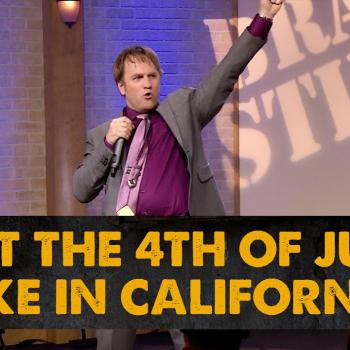 Evangelical
Brad Stine Has Issues: What the 4th of...
Christian Podcast Central 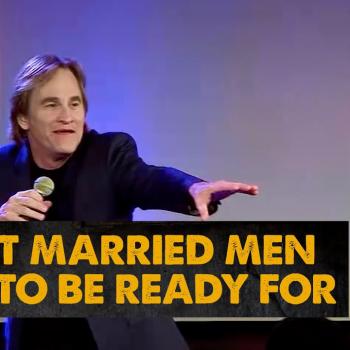 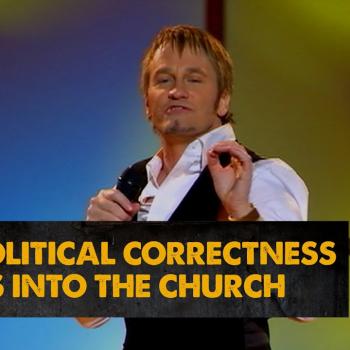 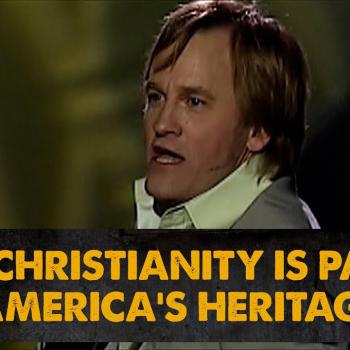