Brad Stine Has Issues: What Am I For?

What Am I For?

Many people have subscribed to Brad Stine Has Issues to add clarity and purpose to their life. It is making that kind of misguided decisions that have kept them stagnant for so long, but I digress. Anyway, one of the biggest problems people have with life as I see it, is not knowing who they are.

Because of this post-modern, politically correct /leftist driven ideology that has infected America with its cancer we find ourselves being taught to identify and thus define ourselves not by who we are but by descriptive titles that separate, isolate and destroy us. What do I mean?

Well let’s see how some people have defined themselves over the years. Ask someone about their nationality for example and you may hear them say I am African-American. The problem is that that isn’t true. Referencing Africa is where your lineage hails from.

Try again. Ok, I am white. No white is what you look like on the outside. How about I am homosexual? No that is what gender you choose to have sex with. In other words, it describes not who you are but what you do. I am heterosexual for example which means I have sex with my wife but having sex isn’t who I am it’s what I do…. with my wife….. if I’m lucky.

But whom I choose to have sex with doesn’t define me, it is instead, an element of my behavior. I am also a carnivore but it’s not who I am, it’s what I eat, which is meat because I am a normal person. Of course, the leftist person would take issue with the word normal because they believe there is no such thing. To say someone is normal presumes that there is a standard of normalcy we can base our definition on.

When you have chosen to see the world…I almost said think about the world, but thinking is exactly what leftism has destroyed, but when you have chosen to see the world under the perimeters of political correctness you despise such categories as normal because someone who chooses to behave abnormally or are born abnormal may feel disconnected from society or disrespected or an outcast. Consequently their solution is to say there is no normal and there are no standards and anything you choose to do or be is appropriate and nothing is off limits, and not only can anything no longer be judged, it instead must validated, applauded and encouraged. There is no leeway here. You will acknowledge all ideas and behaviors as equal or we will not tolerate your intolerance and being canceled is just around the corner. The problem with that perspective is once abnormal becomes normal, then it too must be abandoned. To never land on a foundational truth is to sink ever deeper into the shifting sand of relativism, and anyone forced to spend inordinate time with relatives knows how problematic that can be!

Nevertheless we have watched this foolish and illogical leftist philosophy take complete control of our universities and thus watch it infect everything it touches. Identity politics is the humanities version of the coronavirus. No matter how many lockdowns you demand, masks you wear, businesses you destroy , lives left in waste and humans who you literally kill because the cure is by far more destructive than the virus we are going to do it anyways because A) it makes us feel like we are doing something helpful irrespective that the data shows otherwise and B) we must remind you that you are no longer in control of your autonomy. Let’s make it clear we will dictate the new reality and will destroy whoever gets in our way, especially those that insist on using eons of historical observation to evaluate what wisdom needs to be applied to this scenario.

In the 60’s the women’s movement created a false narrative that the history of the world was an oppressive patriarchy that wanted to keep women from being given equal rights in society and to thwart any chance they might have of having equal access to everything men have had available to them. They literally felt the best way to give women their own autonomy and freedom to express their unique womaness was to become exactly like men. The irony was not lost on those who were still able to reason but reason itself has now been defined by the woke crowd as European and white and patriarchal and thus designed to oppress. So forging onward women went into their emancipation into becoming more like men. To act like men, have the same goals and dreams as men and to become literally indistinguishable from men. The very men by the way who they deemed inherently toxic and brutal and oppressive was now their aim in life to emulate. How can you even make up something so shortsighted and foolish? You can’t. When you have committed to an ideology then no amount of examination of its potential pitfalls and downsides need be discussed. Again, leftism lives in a utopian vision of the world and thus the fantasy will always suffice and be worth the sacrifice irrespective of whether the outcomes ever pan out as intended.

The slippery slope of abandoning traditional gender roles and more importantly discounting the indisputable humanly observed reality that men and women are simply inherently different goes far beyond just trying to eliminate the difference between men and women and its inevitable ramifications. If men and women are exactly the same the results have nowhere to go but this, we ARE THE same. Not in our goals and dreams but intrinsically. If that is true, as leftists demand then the conclusion is even spookier. If we are the same then we have no differentiation. If we have no differentiation then ultimately the term man and woman is meaningless. Because there are no men and women, just beings. That being the case then this idiotic train wreck of a philosophy opens the door for there being a limitless amount of genders until eventually to even believe that immutable categories exist needs to be vanquished.

But the big picture means we can’t stop there. There is simply no such thing as truth. We make things up on a whim however we desire and those of us who have chosen ourselves arbiters of this new anti-intellectual societal reality have done what we set out to do all along. Position ourselves as the slave masters of all you unwoke humans out there that ever thought for an instant you were free. No dissension allowed. No return to stability will ever occur. You know what, we deserve it. If you aren’t prepared to sacrifice everything and risk your life, liberty and sacred honor to fight by any means necessary to take back your liberty then it is a foregone conclusion it will never be willingly returned. The saddest part ..if that’s you, you don’t deserve liberty. Why? Because it wasn’t sacred to you. You weren’t ready and willing to die for it so instead, you will forever live without it. I have been warning you for 20 years about this stuff. Are you ready to join me yet? Where are the warriors! It’s getting a little lonely out here. 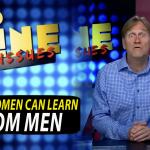 November 17, 2021
Brad Stine Has Issues: What Women Can Learn From Men
Next Post 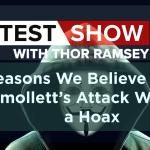 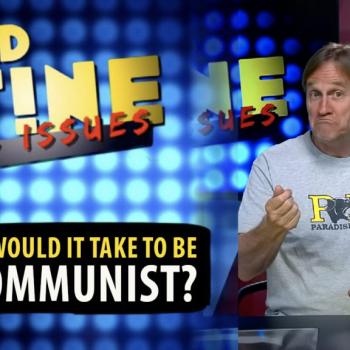 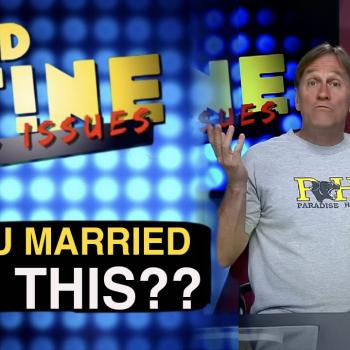 Evangelical
Brad Stine Has Issues: You Married to This?
Christian Podcast Central
TRENDING AT PATHEOS Evangelical