Brad Stine Has Issues: You Married to This?

You Married to This?

Do you believe that marriage needs a legal document? Or is marriage simply saying, “I love you. You love me. God is going to let us be married.” Does marriage need an “official” governmental stamp to make it legitimate?

You know it’s a funny thing about me, but whenever I need some incredible insight and wisdom about living my life I normally turn to Hollywood don’t you? For example, having been married now for 28 years I am always open to relationship experience from others in the hopes of receiving advice for continuing to maintain a healthy commitment to my spouse.

Fortunately for me over the years I have stumbled across numerous insights uttered by actors, musicians etc who have a lot to offer since they usually have been married and divorced so often. If anyone should have some perspective on how to do it right it’s from those that keep at it no matter how often they fail. I remember a number of years back reading a beautiful and poignant statement from a then popular actress Cameron Diaz. In a magazine interview when asked about marriage she said that she believes marriage is a “dying institution”. She also had this stunning insight into how we as a culture should lead our life. “I think we have to make our own rules. I don’t think we should live our lives in relationships based on old traditions that don’t suit our world any longer”.

First off coming from the Hollywood elite hedonistic driven culture this revelation had to be a big blow to the gay community back then. I mean they spent all their energy trying to be able to get married, which was a concept already supported by 90% of Hollywood at the time, only to find out from that same community that marriage is dying!

Dang, just when they thought they were making progress they get the rug pulled out from under them by discovering that marriage from a Hollywood perspective is outdated. Kind of like going to the store for the latest I-phone and all they have left is lava lamps.

I love the phrase “don’t suit our world anymore”. To have the comfort of knowing that with all the struggles on earth these days, at least we can rest in the knowledge that  actors like Cameron Diaz and whoever is the flavor of the month this time stand vigilantly like a vanguard, by being diligent in tapping into the pulse of the culture and relaying that info to whomever is interviewing her about her latest movie. You will find that people who choose not to live a God mandated moral standard for life will also promote changing the rules so as not to be responsible to God at all, but ultimately they blame the “culture” and how stifling and archaic it is.

Now this interview happened a while ago but the principles still remain the same. Actually it works better because we can go back in time and see how it actually played out historically to see if her perspective affected her.  The fact that she was back then 39 and not married, at the time was also in a relationship with none other than Alex Rodriguez who was richer than she will ever be, and who I knew would be finished with her shortly only to move on to his next conquest should have given her POV substance since in retrospect it ended exactly as her philosophy dictated. One constant with men is this: when we get what we want without having to promise to love, cherish, honor and protect you then you can count on this…we won’t.

I love it when people espouse the concept of relativism as a philosophy and then are shocked when they have been “betrayed”. For example, since Cameron believed that we “make our own rules” then one wonders if she would support any future boyfriends “rule” if it meant having sex with as many other woman as he can get his hands on while dating her?  That was the same time period by the way that Arnold Schwarzenegger admitted back then at the same time miss Diaz found marriage outmoded that Arnold had fathered a child 10 years before. Apparently one of his “rules” was many women – no birth control.

Poor Cameron, and I’m not picking on her, it’s just her interview was so telling in describing postmodern philosophy but in fact it applies to any and every relativist that never seems to realize that their progressive, empowering new “rules” are simply the original old rules Satan established a long time ago. “I will be like God”. The truth is marriage isn’t dead. Christian driven morals are. There are still many people, like myself, that believe marriage is a sacred institution and Holy. I don’t stay married because the government tells me to, or society for that matter. I stay married because God ordained it and demanded that type of commitment. Also does anyone else out there find it ironic that Hollywood continues to make romantic films that always end with the couple living “happily ever after” in a loving married commitment to each other. Looks like these woke actors are going to have to make some new choices in their acting career to be consistent with their “rules”. BTW, it appears Miss Diaz has retired from acting for the most part so maybe that is for the best anyways? Why? Because these many years later I hope she doesn’t get it in her head to ever want to reprise her role as princess Fiona in   making the 4th Shrek , apparently he’s still married! 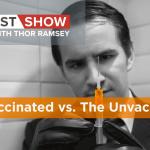 February 7, 2022
The Protest Show with Thor Ramsey: The Vaccinated vs. The Unvaccinated
Next Post 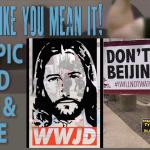 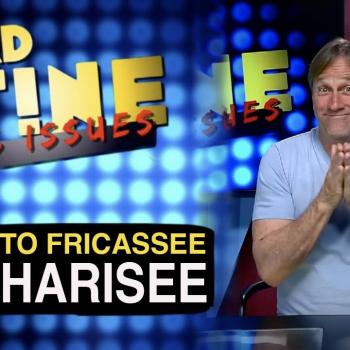 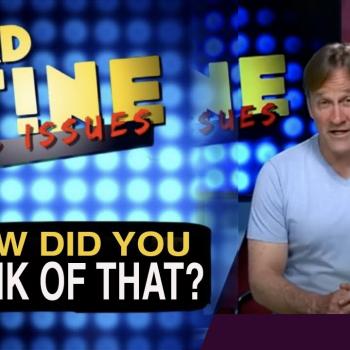