A few days ago, I received a Snapchat from one of my good friends who lives in a different state. I was pretty excited since she has two of the most adorable children I’ve ever seen, and that always makes the day better. This time, however, it was to tell me her oldest child was sick, with what she would likely suppose was either the worst digestion-track bug ever or with listeria. What that entails can be found in a system list here. Now add a two-year-old to that list who cannot take or keep food inside, as well as an under six-month-old baby. For some of you veteran mothers out there, perhaps this sounds like a walk in the park; if that is the case, you have my deepest respect. But as a single woman who did not have significantly younger siblings, what my friend faced sounded awful Sisyphean.

After hours of attempted clean ups, her child’s refusal to eat, and with a growing sense of concern about both, my friend spent the evening in the emergency room, as her husband was out of town with his work. By the next morning, after staying in the ER until late into the night, though her child had finally consumed Gatorade. At this point, the sick and messy stage had rapidly devolved into the sick and messy and too exhausted to sleep stage. Reading this text, I considered what I might look like in her shoes, and replied to ask whether it was she or her child having the tantrum at this point. My friend replied that while she might like to, it was currently her child who was having one, and she just wished she could help her sleep. What I understood she was saying was that she wanted her baby safe and well; that she wished she could take her child’s pain away.

Thankfully, this story has a happy ending: her husband came home early, my friend and her children took naps, everyone ate out, and I’m assuming a lot of bedding was either burned or bleached to kingdom come. Thinking about my friend’s past few days, I couldn’t help thinking about how St. Mark wrote that “the Son of Man came not to be served but to serve,” an understanding of Christ’s mission which St. John Paul II extends to Mary, and through her to the dignity of women and their vocation, in his apostolic letter On the Dignity and Vocation of Women.

Motherhood, physical and spiritual, constitutes a unique way of living out a sincere gift of self for another- a gift by which Mary is uniquely incorporated in the Paschal mystery. As Dr. Katherine Gardner explains in her commentary on Charles De Koninck’s Ego Sapientia, “[Mary’s] maternity is the principle of the visible mission of the Son, which has as its end the return of man to God through a new and direct intimacy with the fluxus of the divine Persons—through the invisible missions.” Mary is truly the Theotokos, the Mother of God, St. Thomas Aquinas explains, because she is truly the Mother of the Word Incarnate, according to His human nature, for the Person of the Word has divine and human natures. Now, natures get a bit tricky, but to sum up an exceedingly complex conversation: when we point at Jesus and ask “what is it,” the correct answer is “God” and also “man.”

As the Mother of the Word Incarnate, as the principle of that very Incarnation, Mary’s vocation of motherhood is united to and informed by Christ’s redemptive mission. Gardner rightly emphasizes that “after the love of her Son, the love with which Mary offered Him to God for man was the greatest act of love ever made on the earth.” Mary’s motherhood, made possible in her offering of herself to God, through her fiat response to His offering of Himself to her in the Person of the Son, is a sacrificial act. Mary is the mother who will deliver her Son’s body for the salvation of many. I borrow the language of the mass here intentionally: Garrigou-Lagrange explains that Mary offered her Son “as He offered Himself”: entirely, and for the sake of our salvation.

In this self-emptying of herself in her gift of her Son, Mary’s profound offering becomes our spiritual source of life through her Son. For this reason, Christ tells the Church “behold your Mother.” In Mary, motherhood is revealed in its physical and spiritual dimensions, established within “the true order of love which constitutes woman’s own vocation.” For St. John Paul II, the twofold motherhood of Mary find their source in her love for God, a spousal love which is manifest through a

Special readiness to be poured out for the sake of those who come within one’s range of activity. In marriage this readiness, even though open to all, consists mainly in the love that parents give to their children. In virginity this readiness is open to all people, who are embraced by the love of Christ the Spouse.

Through Mary’s motherhood of Christ and of His Church, God reveals to us the gift of self that informs the vocation of women, and of human persons: a call to find ourselves through a sincere gift of self. Giving of ourselves looks far more desirable through Instagram photos and Pinterest posts. However, the human vocation, the universal call to holiness, is one of those things that tends to require the messier realities: pain, suffering, sorrow, humility, trust, hope, love, joy, patience, sacrifice. This is something innumerable mothers, physical and spiritual, testify to teach day in their quiet self-giving to others. They testify to it in their desire to wipe away tears, assume the suffering of others, and to take one more deep breath, seeing the person underneath all the suffering, sickness, and mess.

My friend sent me a snapchat at the end of all this of the “disaster” that her house had become, as she held her child and they both looked exhausted, and I screenshot it before it disappeared. See, I love cute photos of her and her babies. At the end of a really awful week, the picture certainly wasn’t that. But it did remind me of another mother at the end of a really awful week, and a stone-carved image I saw of that week many years ago. I believe it was called the Pieta. 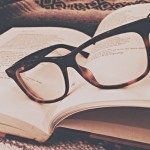 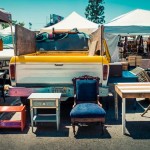 May 12, 2016 Originality Is So Two Years Ago
Recent Comments
0 | Leave a Comment
Browse Our Archives
get the latest from
Catholic
Sign up for our newsletter
POPULAR AT PATHEOS Catholic
1