Originality Is So Two Years Ago

Originality Is So Two Years Ago May 12, 2016 Marina S. Brungardt

I once had a professor, or a tutor as my college named them, who made a rather shocking statement at the beginning of a sophomore seminar. Now, professors at colleges tend to be infamous for their shocking statements, but I can honestly say I have only rarely ever heard someone say something quite surprising as when Mr. Paietta said

I pride myself on having never had an original thought in my life.

At the time, this struck me as odd. Isn’t the entirety of TED Talks, along with the education innovation industry, based on the premise that the only thoughts anyone cares about are new ones? I mean, it’s the 21st Century, with our globalized, digitized, socialized industries. Why would anyone accept, much less strive to be, anything but original? So thought the girl who enrolled in a college that asked her to read THE GREAT BOOKS OF WESTERN CIVILIZATION. In the words of author Jim Butcher, “the human mind is not a terribly logical or consistent place.” Nevertheless, I ignored the inconsistency, until studying the Trinity years later I had an epiphany: I realized the connection of the word original to the idea of “origin.” Like I said, neither terribly logical nor terribly consistent, but at least it manages to be sporadically surprising.

So, rather than dive deep into the heart of the Trinitarian mystery, let’s just accept for a moment some key ideas such as “the three Persons of the Trinity differ only in respect of origin.” Basically, then, an origin is that from which everything subsequent (which can be said in many ways) comes. So, to have an original idea means to find, but more often than not to construct, an idea from which other understandings follow. It means you’re the one shouting Eureka and running around in a bath towel.

Despite the aesthetic unpalatability of that image in many cases, it also suggests a deeper, intellectual error, namely, that the intellectual life can be lead in a vacuum. While Eliot spoke of the artist, he also spoke truly of the intellectual, noting that

No poet, no artist of any art, has his complete meaning alone. His significance, his appreciation is the appreciation of his relation to the dead poets and artists. You cannot value him alone; you must set him, for contrast and comparison, among the dead.

This understanding of the artist within the locus of tradition is no less true of the intellectual. The thinker may refute an idea, she may expand on an idea, she may develop an idea, she may construct a response to an idea, but even limiting ourselves to a natural and human perspective, it is at least rare to find someone who is truly original in their thinking about ideas.

It is far more common, and far more entangled with our cultural understanding of the “hard” or “experimental” sciences, for people to come up with new artifacts- whether those artifacts exist in a material or digitized mode. But an artifact, even one that perhaps changes how we encounter and think about things, is not the same as an idea. Soylent, for example, changes how we eat, but not our thoughts on eating, which while drinking Soylent largely consist of nostalgic reminiscences of any other food we’ve eaten.

Part of the confusion between original ideas and “unoriginal, or “rooted,” ideas comes from a tendency we have to conflate “new” with “good” because this often at least appears to be the case with artifacts. Advertising for example, is an industry that thrives on instilling and encouraging the idea that “new” must be better: a new car, a new phone, a new house, a new dress, a new game. While some of us might protest that an old car is better because it is “mine,” or that old things are better for the being made with better quality, I have yet to find someone seriously advocating a return to Roman chariots. I mean, given the Internet and the fact that there is always someone saying what you want to find on it, I haven’t made a seriously conce treated effort to go out and find that person. Nevertheless, generally speaking there is a cultural ideal that new is better, an ideal that proves more inherent given the “alternative” impulse within the culture towards the vintage and the artisanal. Consequently, we culturally like our ideas like we our social media: moving fast and breaking things; new, progressive, and exciting.

However, ideas aren’t the same as social media, nor should we treat them as such. It is rare to have a good idea, rarer still to have a original one, and it is perhaps most rare to have a good, original one. In part, this is because reality is hard to get at. A math problem is an easy example of this: in math, assuming a standardized mathematical system, there is typically a set number of answers to a given problem. Oh, there may be a multiplicity of ways to arrive at the answer. However, the answer itself is exceedingly particular. In fact, there are, depending on how you define the terms, a theoretically infinite number wrong answers. I could claim that within the Euclidian system the square on the hypotenuse must be less than the sum of the squares on the two legs, and, depending upon how I arrive at that conclusion I might very well be original. But, for all such an answer could be highly “original,” reality, considered within the limits of the Euclidian system, suggests that it nevertheless fails to be very “good” as an answer.

The thing with coming to know reality is that, for all we have libraries and contemplate with friends, ultimately knowing is an extremely individual task. I can’t skip calculus just because Newton lived a few hundred years ago.  I ought not to skip Aristotle simply because he lived a few thousand before that. But more than that, I know better when I refuse the temptation to pretend that I live my intellectual life in a vacuum.

Anyone who loves wisdom, who loves the truth, who loves contemplation, must internalize Gilson’s claim that

Truth is important, we are not. Why should we care about the rest…if we cannot be new, let us at least be right.

Herein, perhaps, we find the true error of my thoughts about my teacher’s words. My surprise that someone might pride themselves on never having had an original idea arose because I took that to mean he never really thought about things. But, the two phrases are far from univocal: since that class, I have found it to often be the mark of really thinking about things to fail to come up with an utterly original idea. Even St. Thomas Aquinas, a man who did have an original idea or two, had those ideas precisely because he internalized the ideas, true and erroneous, within his tradition and thought each through well. So, as in the artistic/cultural tradition, the ideas of the intellectual tradition “can be broken, but they must first be internalized,” to borrow a phrase from Scruton’s fascinating work, The Uses of Pessimism.

As my friend Clarke noted, “we may put ideas well or badly, logically or illogically, grammatically or ungrammatically; nevertheless, we are  the translators, not the writers, of the Truth.” The truth, i.e. wisdom, should not be about us, if we truly pursue it for its own sake– else, we clearly misunderstand the phrase “for its own sake.” Since, according to I Corinthians 1:30, God made Christ our wisdom, all the greater caution ought we to take with any idea that seems truly “original.” If we are true lovers of Wisdom, true disciples of Christ, we ought to strive to encourage any idea to be original only with the added distinction that it be original to us humans, and not original simply.

Taking the macrocosmic view, an idea can only truly be new in origination the further it is from what has already been originated. Given that God is the name we give to “that from which all others receive being,” signifying nothing if not Origin in the most authentic/capital letter sense, an idea can only have the truest kind of originality if it lacks a correspondence with being, that is, with reality. Now, we may have original ideas that spring up new to us, but such ideas tend to be deeply informed with the very truth they make known to us. This is something like composing an original sonnet, which can only be qualified as original inasmuch as it is determined as a sonnet. While such seeming limitation perhaps strikes us as depressing, threatening a world in which we may never even want to come up with a truly original thought (though, peruse through a dissertation listing sometimes and you might realize how rare those are), that understanding misses the point. The far more hopeful and wondrous truth is that we can come up with our thoughts, with our understanding; a thought all the more wonderful for being true, that is, real.

I would be remiss in this discussion if I failed to include St. Augustine, so I will borrow my concluding words from him in a blatant disregard to originality, if only because he spoke truth so well:

So, therefore let us seek as if we should find, and thus find as if we were to seek. 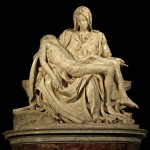 Dale Ahlquist is on a mission...
Chaos and Old Night
Related posts from Eating Peaches 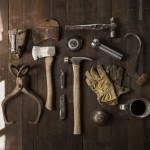 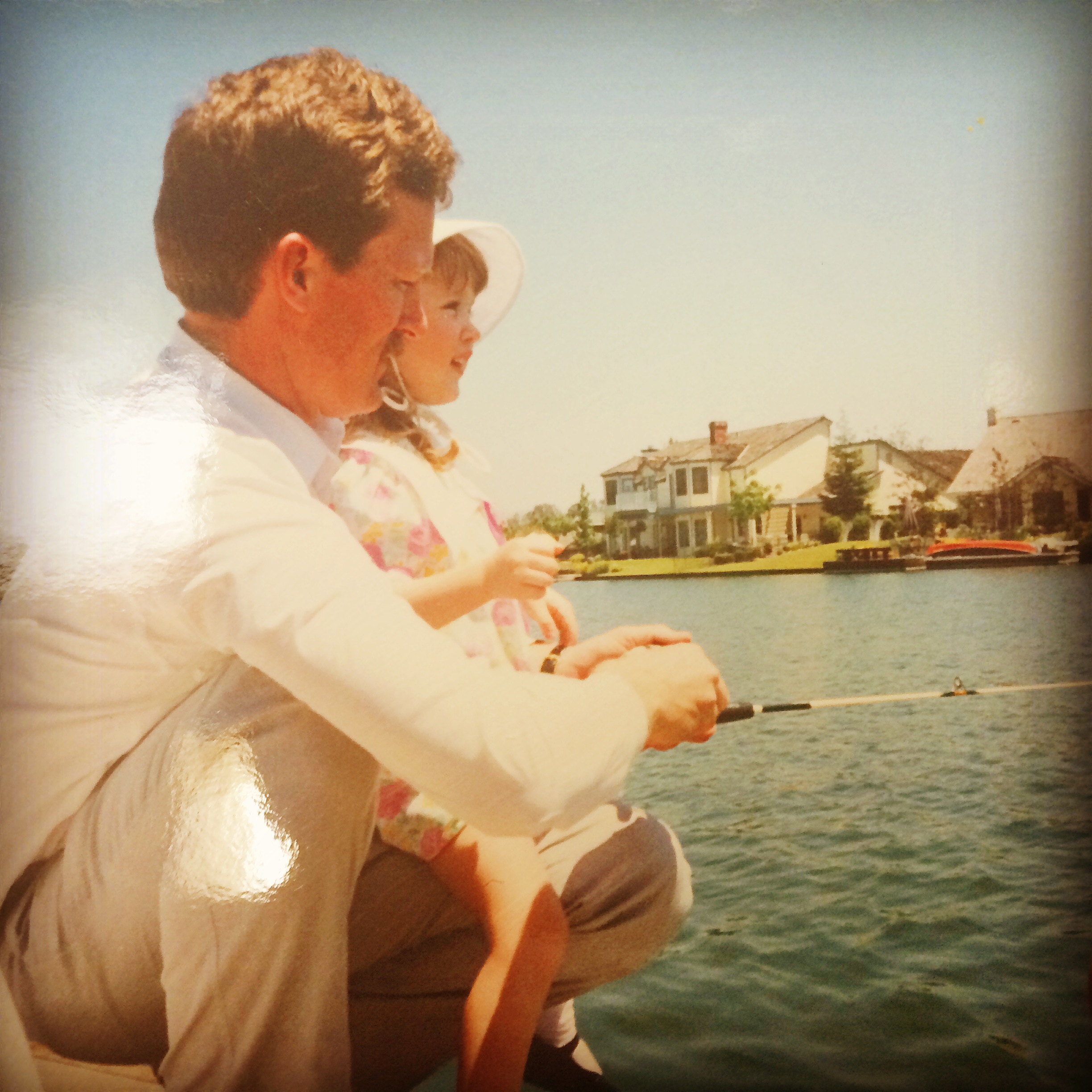 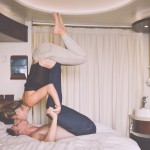 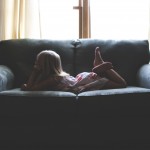