On July 31, 2017, I posted a piece entitled “Top Ten Things Never to Say to Your Female Pastor.”  Within 48 hours the post had over 10,000 hits and generated a wide ranging discussion across social media among both female and male clergy and laity alike.

Female pastors shared other demeaning, hurtful, and subtly sexist or chauvinistic remarks said to them over the course of their ministries.  Some of them raised issues I had not named in my original list that deserve attention.  Some asked for a list of resources for both female pastors and their congregations to assist in engaging the conversation about how best to support women in ministry.  And a few male respondents weighed in on their own struggles to check their bias and language.  All of this alerted me that a follow-up post was needed.

So consider this the sequel!  If you haven’t read the previous post, please do so, because what follows is in addition to the Top Ten list.  Here are seven suggestions not just for avoiding insensitive sexist remarks, but for actively supporting your female pastor in her ministry. [And while this list is aimed at Christians, much of it can apply to rabbis and other female clergy as well.]

How can you support a female pastor if you don’t have one?  I know, not every denomination and not every congregation supports the idea of women in ministry.  Well, it’s time to move on from antediluvian biblical patriarchy.  And don’t try to use ye olde “The Bible Says” and quote archaic scripture passages like 1 Timothy 2:12 to “prove” women have no place in ministry.  If you’re going to do that, then you’re also going to have to stop wearing cotton/polyester blends (Leviticus 19:19), and mowing your lawn on Sundays (Exodus 31:14), because the Bible has “laws” about those things, too.

Truth be told, if the church were a secular business, we would be sued for discrimination for not hiring female ministers.  Unfortunately, the religious exemption covers a multitude of sins – and yes, refusing to ordain or call a female pastor is a sin.  If Jesus trusted women to be the first ones to proclaim the Good News of his resurrection (John 20:17-18), who are we to refuse them that same right and responsibility?

As my friend Donna Schaper tells Pope Francis in her brilliant, witty book I Heart Francis: Letters to the Pope from an Unlikely Admirer: “We have to live in one whole world, one whole universe, where we don’t have second-class anythings. You won’t be able to do that without ordaining women,” (75).  We risk losing adherents to the faith by excluding half the population from the potential of ordained ministry based on their body’s plumbing.  Think of males and females as two wings of the bird – the Church can only fly with both wings!

God is not a man.  It’s that simple.  God created males and females (and everything within and beyond that spectrum) in God’s image, which means we are all a reflection of God.  At the same time, God is beyond gender.  So when we keep using gender-exclusive pronouns that favor males, we undercut every woman’s worth, and especially the legitimacy of women in ministry. Either use non-gender-specific language, or mix it up and use both male and female pronouns and imagery for God.  This expansive use of language will support not just your pastor, but all women.

3. Call your female pastor by the name she requests.

If your minister’s name is Kelly Jones and she asks to be called “Pastor Jones,” that’s the name you should use.  Don’t call her “Kelly.”  Don’t call her “Pastor Kelly.” And don’t call her “Ms. Jones.”  Everyone deserves to be called by the name they choose for themselves.  Anything else communicates that either you don’t respect her authority, her professional boundaries, or her worth as a human being.  Names are sacred – treat them as such.

Would you refer to your male pastor as “the man pastor” or “the guy pastor”?  This gets back to the IF-WAM rule:  If (name) Was A Man – would you say it/do it?  Avoid creating double standards that subtly undermine the pastoral authority of your female pastor.  Just call her by the name she has asked to be used (see #3).

5. Do your own homework and correct your own mistakes when it comes to gender-bias.

One of the male respondents to my original post shared that he has always considered himself enlightened and appreciative of the gifts differing genders bring to ministry.  Thus he has thought of himself as being respectful of female colleagues. But he admitted that he still finds himself saying subtle and demeaning things based on his unconscious male bias.  “I now have a pastor who is female and am finding how pervasive my unconscious bias has been. My pastor has been kind in responding to my absent-minded chauvinistic behavior, but she clarified that it was not her responsibility to correct my mistakes. It is my responsibility to know and check myself.”

In other words, it’s not up to your female pastor to tell you when you’ve crossed the line.  And this goes for both males and females, because gender bias is so baked into our culture and our language.  Educate yourself about gender bias (and this applies to racial bias as well), and do your own work to hold yourself accountable for your words and actions.

Here is a great place to start.  It’s a video called #HerTruth: Women in Ministry Break Their Silence created by The Rev. Stephanie York Arnold, a United Methodist pastor.  The video discloses the reality about the kinds of abuse, discrimination and harassment that females in ministry face.  Watch this with your board, share it with your staff-parish relations committee, and discuss it in an adult forum.  As Arnold reminds us:  “Together, it is our job to continue to pave the way so that each of us feels empowered to achieve our God-given call.”

6. Encourage other females – including young girls, teens and young adults – to consider ministry as a career.

The more females there are in ministry, the more normal it will feel to see one in the pulpit, leading worship, by the bedside administering the sacrament, leading a capital campaign, and conducting a board meeting.  And we need to start raising up female leaders from the time they’re in Sunday School. Elizabeth Graham has written an excellent piece, “How to Raise a Little Girl Today to be a Pastor Tomorrow” that all congregants and clergy should read.  Here’s a quote:  “We need to tell the stories of these female pastors to our girls. We need to send the message loud and clear, “Some people are called to full time pastoral ministry. That just might be you. Listen to the call of God on your life, and don’t be shy to say, ‘Yes!’”

7. Stock your church library with books about supporting females in ministry. Then lead a church book study or an adult forum about one of these books.

And for some interesting Bible studies, try:

By learning, growing, and supporting our female pastors, we will be building a living faith that honors our sisters in ministry as well as the fullness of God’s Church in Jesus Christ!

Do you have resources to add to the list?  Are there issues specific to female clergy you would like to see discussed?  Post your questions and suggestions in the comments below.  Let’s keep the conversation going! 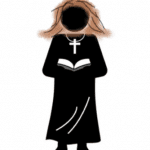 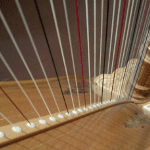