The Lafayette High School Marching Band, “The Pride of the Bluegrass,” in Lexington, Kentucky, just completed their 2021 season with a first place win in the 5A division at the KMEA state competition on October 30.  Their show, “Peace of Mind,” featured 212 students and is the twenty-second state championship for the band.*

There is a bittersweetness to this win.

This was to have been the show for their 2020 season. But the Covid-19 pandemic cancelled the season, leaving seniors (including my daughter, who had played marimba in the band) without a final show for their last year of high school.  Also, the band’s previous director, Chuck Smith, suffered a health issue that prevented him from directing the show this season.  Rising to the challenge of rebuilding the band after the lost year, the former assistant and now director, Robert Dee Bishop, along with assistant directors Chris Strange, Aaron Jones, and Emily Banks, as well as a crew of dedicated staff and volunteers, began working with the students in April.  For nearly half the students, this was their first time in marching band.  For others, this show made up for lost time.

As it turns out, this show is just what we needed after nearly two years of pandemic, upheaval, and loss.  “Peace of Mind” has helped transform grief into hope.

[Watch a video of Lafayette’s show, “Peace of Mind” here.]

The show begins with a gentle recording of a female vocalist singing the first verse of the hymn, “When Peace Like a River (It is Well With My Soul),” as the band takes the field.

Whatever my lot, Thou has taught me to say

But after a few seconds, distortion breaks up her voice and interrupts the beauty of the music.  Listeners instinctively wonder, Uh oh, is something wrong with the recording?

The distortion is intentional and hints at the hymn’s origins.

According to Robert J. Morgan’s book, Then Sings My Soul: 150 of the World’s Great Hymn Stories (Nashville, TN: Thomas Nelson, Inc., 2003, p. 185), Horatio G. Spafford wrote the hymn “When Peace Like a River” after having lost his son to scarlet fever in 1871 and his four daughters in a shipwreck in 1873.  He had sent the girls with their mother on the Vile du Havre to Europe ahead of him, promising to join them after taking care of urgent business in New York.  During the night as it sailed across the Atlantic Ocean, the ship collided with another vessel and sank within two hours.  226 women, men, and children died, including the Spaffords’ daughters.  Mrs. Spafford was rescued while clinging to a piece of wreckage.  After landing in Wales, she cabled her husband: “Saved. Alone.”

This sense of mournful aloneness is captured by the oboe soloist whose plaintive notes sail over the field of dark-suited band members. The music shifts from the major key of the hymn to an ominous minor key as the music swells and the band bursts forth with a wall of sound, blue flags billowing like waves on a tumultuous sea.

Cascades of notes from the mallets break against the brass and woodwinds jutting and jostling like ships colliding in the night.

As if recreating Mrs. Spafford’s memory of the shipwreck, the first movement ends with screams of trumpets and bellows of lower brass.  Transitioning to the second movement, the vocalist’s distorted voice tries to break through, singing, “It is well . . . it is well . . .” Her last note is picked up by the oboe and carried on the rippling runs of the front ensemble.

Interestingly, Philip Bliss, who wrote the melody for “When Peace Like a River,” titled the music “Ville du Havre” in honor of those who lost their lives.  However, he and his wife died in a train wreck not long after he completed the music, adding to the hymn’s somber history.

As we listen to the mellophone soloist’s mournful rendition of the melody, we stand with Horatio on the deck of his ship as it passes over the place where the Vile du Havre sank.

It’s a time of poignant reflection as we remember what we ourselves have endured these past two years.  These students lost an entire year of in-person instruction and being together with their friends.  Some of them lost family members to the pandemic.  The Fayette County School District has lost employees, teachers, and one student to Covid-19.  In short, everyone’s life has been impacted by the pandemic in one way or another.

These waves of grief wash over us as we watch the color guard’s billowing flags move like waves against the musicians as they literally lean into the current.

According to Morgan, Horatio began writing the lyrics on the ship one restless night.  Against the torrent of sadness, he wrote words of defiant hope, proclaiming, “It is well with my soul.”  He trusted in a divine presence more powerful than the anguish of death that threatened to overtake him.

As the second movement comes to a close, the lower brass gathers in a tableau that swells with emotion as the flute’s calming notes hover in a moment of peace.

We would like to stay in this pause of reprieve. But like the conflicting feelings that swirl around us, the third movement begins with the drumline’s raucous solo reminding us that sometimes peace is but a fleeting moment.

Yet the band counters with a majestic rendition of the hymn that crescendos to a bright and glorious apex.  Moving into the shape of a peace sign, their form mirrors the music and the message. Courage in the face of death and dismay can grant us peace of mind.

Every instrument sings out this belief that when we work together, when we join our voices, our steps, our hands, and our hearts in unity, this is the power that will sustain us.

In a stunning coda, the musicians doff their plumed hats and instruments and stream to the circle at the back of the field.  As a flute ensemble sweetly reprises the hymn’s melody, a cluster of bright orange appears at the center of the circle. A cadre of color guard lift their compatriot into the air.  She waves a single brilliant flag like a candle of hope in a dark sea.

Like the candles lit around the Washington D.C. Reflecting Pool in January to mark the 400,000 deaths lost to Covid.  Like Horatio Spafford lighting a lamp to write the words, “When peace like a river . . .” And like each one of us when we light a candle of hope to cast away the gloom of despair for our friends and loved ones.  Lafayette’s “Peace of Mind” was exactly the show we needed this year.

In a mere ten minutes of catharsis, these students conveyed our grief and captured our chaos.  They tamed our tempestuous emotions and lit a candle of hope for us.

A candle for their peers who lost their senior band season.

A candle for their beloved former director, Chuck Smith.

A candle for all those in need of just a bit of light in a shadowy sea.

Thank you, Lafayette Marching Band, for giving us “Peace of Mind.”

* Full disclosure:  I am a parent of one of the musicians in the band (Benjamin Schade, bass drum), and wife of one of the percussion instructors, Jim Schade.

Thanks to Ryan Peters for the use of his photo for this piece.  To see more of his work, visit: https://petersphotographic.com/.

October 25, 2021
How to Love God in the Land Flowing with Milk and Honey
Next Post 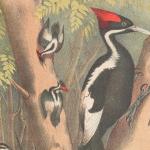 November 2, 2021 Grieving Extinct Species on All Saints Day
Recent Comments
0 | Leave a Comment
"That is simply beautiful - thank you!"
Leah D. Schade God’s Creation PREACHES! Psalm 19 Links ..."
"When I succumb to skepticism, I return to the image out of Hubble of the ..."
Karen Silver God’s Creation PREACHES! Psalm 19 Links ..."
"Thanks for your encouraging words. Just to clarify, I am Rev. Nelson's friend and colleague, ..."
Leah D. Schade Pastor Nelson’s Spouse Speaks: The Year ..."
"Thank you for writing this. It is a brave and courageous act to bring the ..."
gloriamarie Pastor Nelson’s Spouse Speaks: The Year ..."
Browse Our Archives
get the latest updates from
EcoPreacher
and the Patheos
Progressive Christian
Channel
POPULAR AT PATHEOS Progressive Christian
1 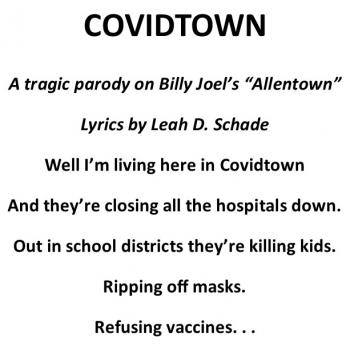 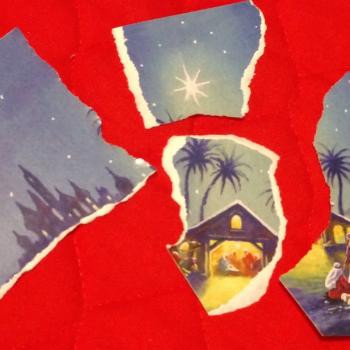 Progressive Christian
The Perfect Christmas for an Imperfect Time
EcoPreacher 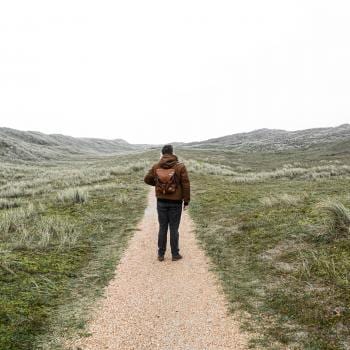 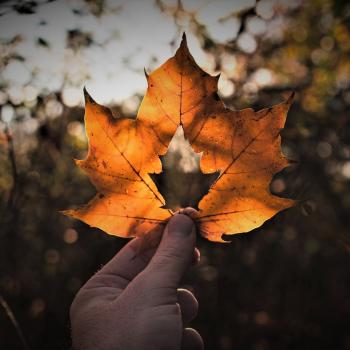