If #WeAreN, then solidarity with the dispossessed is a must

If #WeAreN, then solidarity with the dispossessed is a must August 14, 2014 Justin Tse

Patheos Explore the world's faith through different perspectives on religion and spirituality! Patheos has the views of the prevalent religions and spiritualities of the world.
I have been reluctant to join #WeAreN because I am not sure that the Islamic State’s objectives merely center on Christian persecution.

I am a Christian. My views are fairly ecumenical, broadly catholic, generally evangelical, and politically comical, and in the next week or so, I will probably participate in some prayer meetings regarding the Islamic State and the situation in Iraq and Syria. I am writing this to clarify exactly what I am doing and what I am not doing.

I am not participating in an assertion of Christian identity politics. That would go against everything that Christian theology stands for.

It is so easy for something like #WeAreN to get co-opted into the game of religious identity politics. It is easy for those who believe that Christians are getting the stiff end of the rope in North America due to stances on human sexuality and religious freedom to make that the bond of solidarity with those who are being marked for the sword by the Islamic State. It is easy to attend a prayer meeting to express this solidarity, thinking that we in North America know what they are going through.

I reject this kind of solidarity. For one, the inflated rhetoric about Christian persecution happening in North America and Western Europe would make this sort of solidarity a global laughingstock. For another, this sort of irresponsible talk fails to take into account the actual solidarities that Christians have, as well as the complicities that Christians in North America share, in the making of the geopolitical terrors at which we currently weep.

I find my rejection of the inflated rhetoric of persecution corroborated by the originator of the #WeAreN hashtag and the Arabic ‘N’ Facebook campaign, Jeremy Courtney. While his open-heart surgery organization, Preemptive Love, makes dubious reference to neoconservative military doctrine, his comments interestingly veer in a pacifist direction:

We need a long-term plan, not just a short-term fix. There are agencies helping Christians, Yezidis, Turkmen, Shabak and others, and those services are necessary. But this isn’t only about what Obama or Maliki must do now. The Christian church needs to reconsider its relationship with violence; that is part of what has landed us and others in this dire situation. We cannot carp about Christian persecution and not talk about violence and our use of violent solutions. We need a 40- to 50-year plan so that when the time comes to overthrow the next dictator, we are not as blind to our own complicity and stuck with short-term gains.

In other words, Courtney himself rejects the notion that the #WeAreN campaign is a solidarity campaign based on religious identity and what Candida Moss calls ‘the myth of persecution.’ If anything, it is a confession of complicity, in which Christians must own up to our problematic assertions of colonial privilege for the last millennia — and if Anabaptist theologians are to be believed, since Constantine.

What am I doing when I go to a prayer meeting that is purportedly for the ‘persecuted church,’ then? First, I am there for confession. But second, and more importantly, I am there to practice what Andy Smith calls the ‘politics of rearticulation.’

If indeed Courtney is correct to say that Christians ourselves have been perpetrators of violence, then confession is not enough. To attend a prayer meeting for the persecuted church in Iraq and to believe that praying for so narrow a petition is sufficient would be to miss the point entirely. To practice the politics of rearticulation would be to unfocus this geographical focus.

If indeed Christian complicity with colonial violence is the elephant in the room, then fuller confessions must be made and deeper solidarities must be formed. As Courtney rightly hints, to pray for the persecuted Christian church would be overly narrow because the Islamic State is bent on cleansing its territory of all religious minorities. To pray simply about ‘Christian persecution’ when this larger issue looms so insidiously would be to miss the theological point that Christian theology is founded on dispossession and that the real issue is that the Islamic State has reduced religion to a identity politics. To play the identity/solidarity game would be to play by the same rules as the Islamic State.

But deeper still, Iraq would not be the only issue. The situation in the Gaza Strip would also require our prayers, as would the developing racial situation in Ferguson — and from those extensions of police brutality, we would also have to remember democratic struggles in Hong Kong and Taiwan, as well as the assertions of indigenous sovereignty in the Americas. Hannah Arendt is correct in The Origins of Totalitarianism to point out that the tactics of colonization in the making of global empire do not merely remain ‘over there’ — they come home to roost in the making of totalitarian regimes ‘over here.’

In other words, if I do end up going to a prayer meeting for ‘the persecuted church,’ I am attending subversively. I would be making a public statement to reject Christian colonial privilege. Without such rejection, solidarity with the dispossessed is simply not possible.

POSTSCRIPT: Because one of the prayer meetings I plan to attend is being conducted by evangelicals, I hope we’ll sing some Vicky Beeching songs. 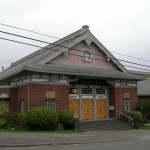 August 8, 2014
Because Seattle is not as 'secular' as Mark Driscoll thinks, help is available. #TPCIU
Next Post 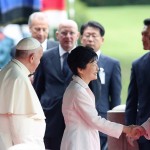 August 15, 2014 Assuming Catholic Geopolitics
Recent Comments
0 | Leave a Comment
"I can't believe you would consider the theological lightweight Kilby as a proper critique of ..."
antoniodec Fiat mihi secundum verbum tuum: on ..."
""Milbank criticizes Balthasar for being apolitical in his aesthetic reflections, and I can see how ..."
antoniodec Reading Sobrino on Óscar Romero and ..."
"the word is receptive, which has nothing passive about it but could be the most ..."
antoniodec Fiat mihi secundum verbum tuum: on ..."
"One can never "go home," not in this life."
billwald I’ve found my way home: on ..."
Browse Our Archives
get the latest from
Eastern Catholic Person
Sign up for our newsletter
POPULAR AT PATHEOS Catholic
1