Benny Tai as a political theologian, or what Elizabeth Stoker Bruenig might have to say about Occupy Central #HongKong

Patheos Explore the world's faith through different perspectives on religion and spirituality! Patheos has the views of the prevalent religions and spiritualities of the world.
When Hong Kong University law professor Benny Tai gave his speech announcing acts of civil disobedience in Hong Kong, I thought of the work of emerging scholar Elizabeth Stoker Bruenig.

I confess that I do multiple things at the same time. On the one hand, readers of this blog know that I’ve been trying as best I can to keep up with Hong Kong’s democratic movement Occupy Central with Love and Peace as best as I can over here in North America. On the other hand, I’ve been trying to keep up with my work on ‘grounded theologies‘ in social, cultural, and political geographies, which means that I’ve been reading a lot of stuff simultaneously as human geography and political theology.

Occupy Central strikes me as an educational movement. By hosting Deliberation Days, public lectures, and theological debates in print, Occupy Central has sought to draw the Hong Kong public into a sort of immersive democratic educational process. This has not been easy: Hongkongers have often been said to have inherited a sort of colonial governmentality in which private property ownership and business transactions trump whatever goes on in terms of the public sphere. I’ve tried to add nuance to this claim — after all, Christian clergy have been politically active since the late 1970s, and grassroots movements have existed in Hong Kong since the 1960s — but the fact that there was a public deliberation process that garnered 800,000 votes from June 22 – 29 this year suggests that Occupy Central has had some degree of educational success.

Now Benny Tai has taken things to the next level. In front of Government House, Tai gave a rousing speech that repeated two images about Hong Kong society: a burning house and a sick person. ‘This house is on fire!’ he declares. Elsewhere, he says, ‘You can cure the symptoms, but you cannot cure the disease!’ What is needed is the ‘medicine’ of universal suffrage.

I thought of Elizabeth Stoker Bruenig because Benny Tai is doing political theology.

This is not a stretch. Observe, for example, the stack of books on Tai’s office shelf on the Hong Wrong interview. The usual natural law, virtue ethics, and political theology suspects are all there. Tai is widely acclaimed for his work on constitutional law in Hong Kong — that’s why my primers on Occupy Central always emphasize the Basic Law constitutional questions at stake in Hong Kong. But the fact that I am referring to Tai’s conception of the Hong Kong constitution means that the imagery of a burning house and a sick person is entirely appropriate. It is a domestic constitution that is on fire, a bodily constitution that is sick.

As most political theologians who take after Henri de Lubac’s Corpus Mysticum will point out, the notion of a political society as a body has its roots in the theology that the Eucharist — the transubstantiated Body and Blood of Christ — makes the Church. If the Church was coterminous with medieval European society, it followed that what held this society together was the Eucharist. As St. Paul describes the church as a body in his first letter to the Corinthians (12-14), a political society that was held together by the church was a constitutional body.

Enter Elizabeth Stoker Bruenig. As Owen White the Ochlophobist put it on his blog recently, ‘Let’s face it, political theology desperately needed a new media sensation and Stoker Bruenig is it.’ That’s putting it mildly. Writing for Salon, The Week, Ethika Politika, as well as her own blog, Bruenig seems to have taken public political theology by storm.

One of Bruenig’s central complaints about the way that politics is currently done is to reduce everything to property ownership. Writing in an Anglo-American context, Bruenig excoriates a host of debates for this sort of lazy thinking — but she’s especially on point when talking about sexual ethics in relation to poverty.

Keeping in mind that Hong Kong has been a British colony since 1842, Bruenig’s property complaint very much applies to Hong Kong. After all, if there’s one thing that everybody in Hong Kong talks about, it’s the property prices.

In fact, that’s exactly what’s at issue in Occupy Central. While the newly consecrated auxiliary bishops in the Catholic Archdiocese have supported acts of civil disobedience for democratic political agency, and while Baptist pastor Rev. Chu Yiuming is one of the three founding heads of Occupy Central, the Anglican Province of Hong Kong Sheng Kung Hui’s primate, the Most Rev. Paul Kwong, and his provincial secretary, the Rev. Peter Koon, are less than enthusiastic.

Their reason? Because Occupy Central will disrupt the business flow of the Central district.

This is a very peculiar reason. After all, one of the major reasons that Kwong has been criticized in the Hong Kong press is because of his participation in the Chinese People’s Political Consultative Conference, an advisory body to the Chinese Community Party. That’s hilarious, because Karl Marx himself would direct criticism to Kwong. Here’s Marx, for example, in the preface to the First Edition of Das Kapital: ‘The Established Church, for instance, will more readily pardon the an attack on thirty-eight of its thirty-nine articles than on thirty-ninth of its income. Nowadays atheism itself is a culpa levis, as compared with the criticism of existing property relations’ (p. 92, 1976 Penguin edition).

Coming from the Christian left, Bruenig would tack on a theological critique. It’s been said to me on more than one occasion that what I call the ‘private consensus‘ is what Bruenig is observing to have been the move toward propertizing public politics in moves that have been made since the birth of modernity. I agree. But what is striking to me about Bruenig’s propertization argument is that she is saying that this is a theological move. The body — yes, the Body — has become property. The body politic, as Hannah Arendt also observes in The Origins of Totalitarianism, has become locked into business relations. The oikonomia, the management of the household, has become a capitalist economy.

That is precisely the logic that Benny Tai is trying to disrupt with Occupy Central: property does not trump political agency.

That assertion can mean only one thing: Benny Tai’s bookshelf is a reflection of the public theological debate in Hong Kong where names like Alastair McIntyre and Stanley Hauerwas are routinely thrown around to defend different political stances on Occupy Central in the press.

A new name needs to be added. Her name is Elizabeth Stoker Bruenig.

POSTSCRIPT: In an interview with Bloomberg, Benny Tai has admitted that support for Occupy Central’s civil disobedience campaign may well have waned and that there is more to be gained from describing the movement as a ‘civil awakening.’ Nothing he says there contradicts my argument that Occupy Central has always been a public educational campaign. And no, Tai’s interview is not as ‘extraordinary’ as the South China Morning Post says it is. It’s what Tai has been saying all along. 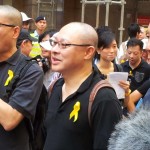 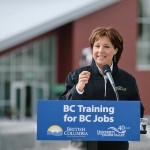 September 4, 2014 The BCTF, the BC Liberals, and Occupy Central
Recent Comments
0 | Leave a Comment
Browse Our Archives
Related posts from Eastern Catholic Person

Catholic
Please do not ask me about Jung: for...
Eastern Catholic Person
TRENDING AT PATHEOS Catholic